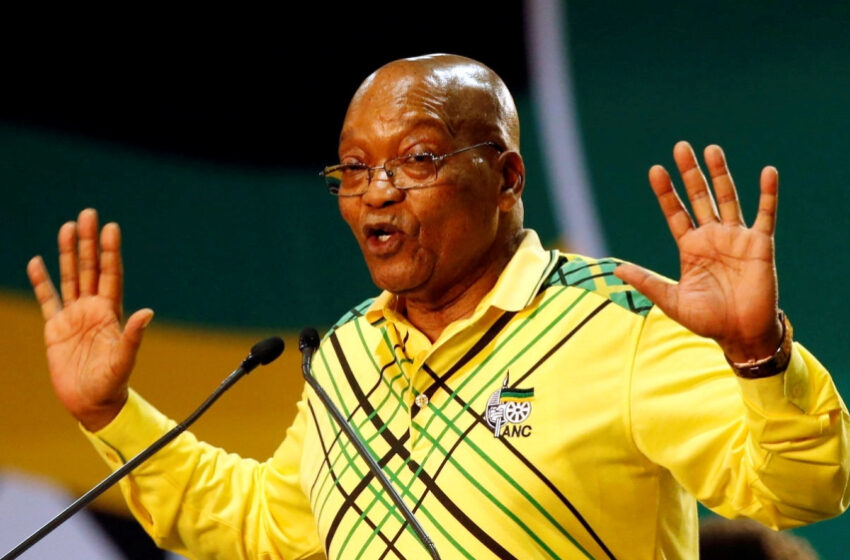 South Africa’s former president was sentenced last week to 15 months in jail for failing to show up at an inquiry into corruption during his time in office.

It was late on Wednesday, shortly before a midnight deadline, that former South African President Jacob Zuma left his homestead in Nkandla in a convoy of vehicles to turn himself over to police.

Prison authorities later confirmed that the 79-year-old had been admitted at a correctional facility in his home province of KwaZulu-Natal to start serving a 15-month jail sentence handed to him by the Constitutional Court last week for contempt of court.

Zuma’s compliance with the imprisonment order, after days of refusing to do so, brought an end to an impasse that had gripped South Africa. Here is what you need to know about the case.

Zuma, a veteran of the struggle against white minority rule, served as South Africa’s president from 2009 to 2018, when he resigned under growing pressure from his party, the African National Congress (ANC), amid declining electoral support and public anger at corruption allegations during his tenure.

On June 29, the constitutional court sentenced Zuma to 15 months in jail for defying an instruction earlier in February to give evidence at an inquiry examining allegations of high-level corruption during his time in office.

The inquiry is led by Deputy Chief Justice Raymond Zondo. Zuma denies wrongdoing and alleges that Zondo is biased against him.

In a separate matter, Zuma is standing trial on charges of corruption relating to an arms deal with French defence firm Thales in 1999, when he was deputy president. Zuma rejects all allegations as a politically motivated witch-hunt.

The country’s highest court ordered that if Zuma did not voluntarily hand himself over to the police, then the police should arrest him by the end of the day on Wednesday.

In a last-minute plea to avoid going to prison, Zuma’s legal team had asked the acting chief justice to issue directives stopping the police from arresting him, claiming there would be a “prejudice to his life”. Hundreds of Zuma’s supporters, meanwhile, gathered near his rural estate in Nkandla, pledging to prevent any attempts to arrest him.

He applied to the Constitutional Court to rescind his sentence, with that application due to be heard on July 12.

Separately, his lawyers on Tuesday were in the Pietermaritzburg High Court seeking to stop the minister of police from arresting him until the Constitutional Court rules on his application. Zuma’s lawyer Dali Mpofu argued the former president would turn 80 on his next birthday, his “health condition is uncontestably precarious” and he was not a flight risk as he was under the care and security of the state.

The regional court will rule on that application on Friday.

“Legal experts say the likelihood of that particular case being successful is very slim,” Al Jazeera’s Fahmida Miller, reporting from outside the Estcourt facility, where Zuma was admitted.

“So the next time we could possibly hear from the former president is next week when his lawyers represent him at the Constitutional Court, possibly a mitigation of the sentence even though it’s after the fact,” she said.

“Either way, for many South Africans it may be almost unbelievable that Jacob Zuma, the former president, who hasn’t been held accountable until now, who faces a number of corruption charges, finds himself behind bars.”

On Thursday, Justice and Correctional Services Minister Ronald Lamola said Zuma will be held in isolation for two weeks in line with COVID-19 protocols. He added the former president will be eligible for parole after about four months.