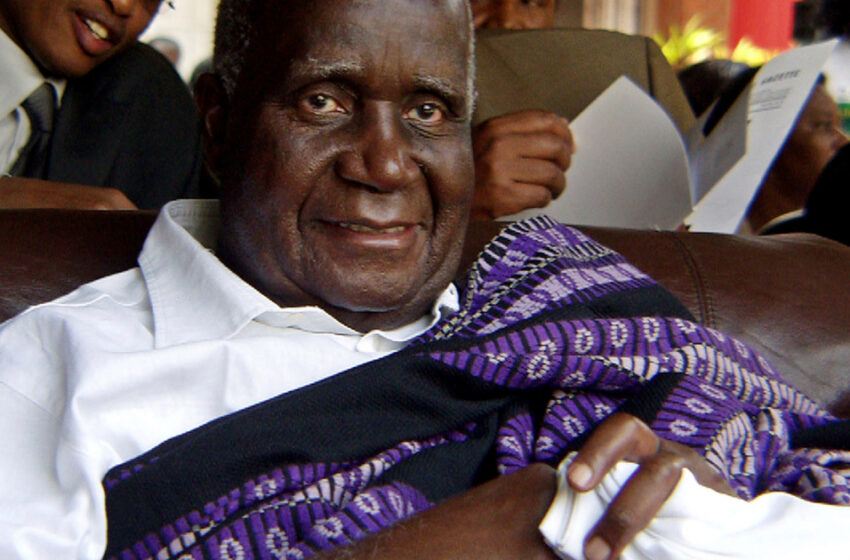 Kenneth Kaunda, Zambia’s founding president and liberation hero, has died at a military hospital in the capital, Lusaka, where he was being treated for pneumonia. He was 97.

Kaunda ruled Zambia from 1964, when the Southern African nation won its independence from Britain, until 1991, and afterwards became one of the most committed activists against HIV/AIDS in Africa.

“I am sad to inform [members] we have lost Mzee [the old man]. Let’s pray for him,” Kaunda’s son Kambarage said on the late president’s Facebook page on Thursday.

Authorities declared 21 days of mourning for the liberation hero.

“On behalf of the entire nation and on my own behalf, I pray that the entire Kaunda family is comforted as we mourn our first president and true African icon,” President Edgar Lungu said in a message on his Facebook page.

The former president – affectionately known as KK – had been feeling unwell and had been admitted to the Maina Soko Medical Centre in Lusaka on Monday.

Although Zambia’s copper-based economy fared badly under his long stewardship, Kaunda will be remembered more for his role as an anti-colonial fighter who stood up to white minority rule in Southern African countries such as Angola, Mozambique, Namibia, South Africa and Rhodesia, now Zimbabwe.

The youngest of eight children, Kaunda lost his father when he was eight years old. His mother was a teacher – a rare profession for Zambian women in those days.

He started his political career as the organising secretary of the Northern Rhodesian African National Congress (NRANC) in the Northern Province of Zambia.

But in 1958, he broke from the NRANC to form the Zambian African National Congress (ZANC). The colonial authorities banned it a year later, and Kaunda was imprisoned in Lusaka for nine months.

ZANC became the United Party for National Development (UNIP) in 1959.

The following year, Kaunda was released from prison and elected president of the nationalist, left-of-centre UNIP. He then started organising civil disobedience known as the Cha-cha-cha campaign.

It was the philosophy of Mahatma Gandhi that made Kaunda committed to non-violent principles.

Kaunda was not ashamed to weep in public and had a unique speaking style, emphasising key thoughts by repeating whole sentences, his trademark white handkerchief in his left hand.

Using his rhetorical skills to appeal to the public, Kaunda won independence for his nation without resorting to violence in 1964. As UNIP president, he ruled Zambia for 27 years.

The ANC’s Radio Freedom was allowed to broadcast from Lusaka and it was under Kaunda’s protection that the ANC waged an armed struggle, then a diplomatic one against apartheid.

But during his time in power, Zambia became a one-party state – effectively giving him absolute control.

Kaunda banned the political opposition in 1973. He was forced to reverse this decision in 1991 due to popular pressure provoked by shortages of basic foodstuffs as well as increasing international pressure for greater democracy in Africa.

He fell from power with the advent of multiparty democracy. In 1991, he lost presidential elections to Fredrick Chiluba from the Movement for Multiparty Democracy (MMD) after a fiercely contested campaign.

Kaunda had continued to engage in national politics and in 1996 tried to stand for the presidency. However, the Chiluba government changed the constitution so that anyone whose parents came from outside the country was deemed a foreigner and could therefore not run for office.

Chiluba later attempted to deport Kaunda alleging that he was a Malawian. In 1997, Chiluba threw Kaunda in jail on Christmas Day for allegedly being involved in a foiled coup attempt.

In 1999, during Chiluba’s rule, he was declared stateless by a Zambian High Court, but he challenged this decision in the Supreme Court of Zambia, which declared him to be a Zambian citizen the following year.

Kaunda became an AIDS campaigner, announcing publicly one of his sons had died from the illness.

Throughout the African continent, many streets, buildings and airports are named after him. And even in old age, he repeatedly raised his voice in public against perceived injustices as well as the oppression of minorities.