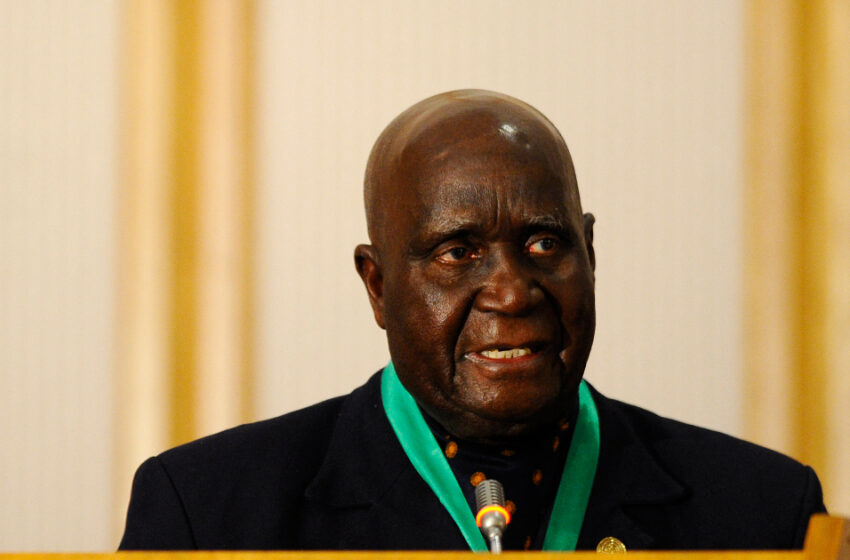 Kaunda, 97, asks for prayers as he receives treatment for an undisclosed illness at a military hospital in Lusaka.

Zambia’s former President Kenneth Kaunda is receiving treatment for an undisclosed illness at a military hospital in the capital Lusaka, his office has said, as the Southern African country battles a surge in COVID-19 cases.

The 97-year-old ruled Zambia from 1964, when the country won its independence from Britain, until 1991. He is among the continent’s few surviving liberation heroes.

His administrative assistant Rodrick Ngolo said in a statement on Monday that Kaunda had been feeling unwell and had been admitted to the Maina Soko Medical Centre in Lusaka.

“His Excellency Dr Kaunda is requesting all Zambians and the international community to pray for him as the medical team is doing everything to ensure he recovers,” the statement said.

Though the short statement did not specify Kaunda’s illness, Zambia is experiencing a surge in COVID-19 cases.

Zambia, with a population of about 18 million people, has a cumulative total of nearly 108,000 confirmed cases of COVID-19, including 1,348 deaths, according to figures released on Monday by the Africa Centers for Disease Control and Prevention.

Meanwhile, President Edgar Lungu urged the nation to pray for the former president so that “God may touch him with His healing hand”.

“He stood up for this great nation at its most critical moment, and so we can all stand up for him in his moment of weakness,” Lungu said on his Facebook page.

Later in life, he regained stature as one of Africa’s political giants, helping to mediate crises in Zimbabwe and Kenya.

Affectionately known as “KK”, Kaunda was the head of the main nationalist party, the left-of-centre United National Independence Party (UNIP).

Kaunda also became an AIDS campaigner, announcing publicly one of his sons had died from the illness.

Also nicknamed “Africa’s Gandhi” for his non-violent, independence-related activism in the 1960s, he charmed mourners at Nelson Mandela’s burial in December 2013.

When organisers attempted to usher him away from the podium after he ran over his allotted time, he drew laughs by saying they were “trying to control an old man who fought the Boers”, or Afrikaners — the white descendants of South Africa’s first Dutch settlers.