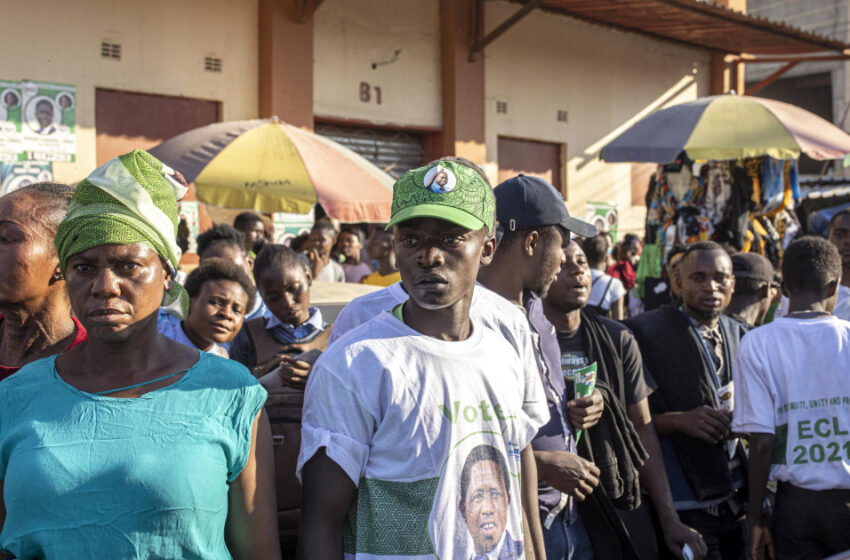 Close race expected between Hichilema making his sixth run for the presidency and the current president, Lungu.

Zambians will decide on Thursday whether to re-elect President Edgar Lungu after the country’s worst economic performance in decades and a crackdown on dissent that has raised fears of unrest.

His main rival, in what polls suggest is a close election race, is 59-year-old Hakainde Hichilema, making his sixth run for the presidency.

Hichilema has already narrowly lost to Lungu twice: in a 2015 by-election after the death of ex-President Michael Sata and then in general polls the following year.

Lungu deployed the army following clashes between the rival supporters in the run-up to presidential and parliamentary polls, a move critics denounced as a tactic to intimidate opposition voters.

His Patriotic Front (PF) party spokesman Antonio Mwanza, claimed on Tuesday that the opposition “is using violence” to “undermine the electoral process” and to intimidate people so they do not turn out in numbers to cast ballots.

Analysts say the result of the closely fought election will set the tone for investment in the copper-rich southern African nation, where more than half of its 17 million people live in poverty.

Opposition voters, whose party colour is red, are keeping a low profile in the city, traditionally a PF stronghold. Some of them even wear green to avoid trouble – known as the “watermelon tactic”.

“We do not feel that safe … there is so much intimidation,” said United Party for National Development (UNPD) supporter William Njombo, a 42-year-old pastor.

The COVID-19 pandemic meant that only door-to-door campaigning was allowed rather than mass gatherings, although politicians have rallied under the guise of mask-distribution events.

Government critics say the pandemic has been used to thwart the opposition.

Hichilema’s team say they have been barred from entering several parts of the country, including the strategic central Copperbelt Province, their supporters dispersed with tear gas.

There are also concerns about a newly compiled electoral register, which some observers allege is skewed towards PF strongholds and a controversial cybersecurity law that could be used to block the internet.

“The incumbent regime will stop at nothing to manipulate the vote,” UPND spokesman Anthony Bwalya told AFP.

But the PF disagrees, insisting that Lungu will win the vote outright.

“We want to challenge anybody … who claims the elections will not be free and fair to provide evidence of rigging,” Mwanza told journalists.

Amnesty International warned in June that repression under Lungu had pushed Zambia to the brink of a “human rights crisis”, citing the jailing of opposition figures and police killings.

Hichilema himself claims he has been arrested 15 times.

The US embassy in Lusaka has urged the police and military to “apply the law equally and humanely” in the “competitive election”.

While pre-election violence is not uncommon in Zambia, every transition of power has been peaceful since the former British colony adopted multi-party democracy in 1990.