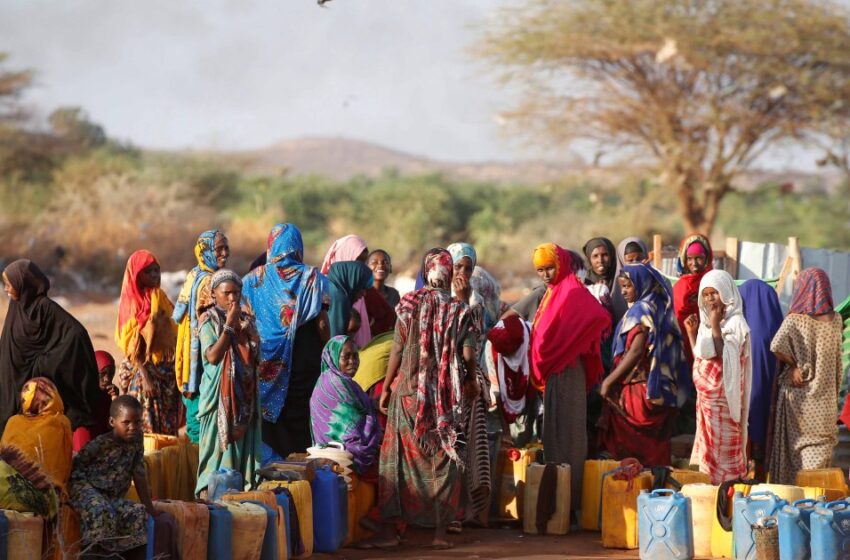 On June 30, a much-anticipated announcement finally confirmed the timetable of the upcoming parliamentary and presidential elections in Somalia due to take place between July and October this year. The announcement comes after months-long disagreements between the government and the main opposition figures.

The parliamentary and presidential elections were due to take place last autumn, but difficulties in reaching consensus on the modality and timelines for the elections caused significant delays. The conflict took a sharp turn in February when the incumbent President Mohamed Abdullahi Mohamed, “Farmaajo”, sought parliamentary approval to extend his term in office. By April, armed clashes between government forces and armed groups loyal to different oppositional figures spread in parts of Mogadishu, the federal capital.

The violence that took place in Mogadishu had not been seen since the formal end of the transitional period a decade ago. As efforts to quell the conflict and put elections back on track are under way, the reverberating effects have already been felt by many.

But this dangerous slideback into conflict poses a great danger to Somali women and girls, in particular, as it significantly increases the risk of sexual violence and diminishes public spaces for women’s participation.

A threat to women’s rights and security

These developments sadly hark back to the tragic periods of the early 1990s when countless women and girls were targeted, sexually violated and dispossessed from their homes.

As the conflict escalated in Mogadishu in late April, more and more women fled districts across the capital due to fears of either targeted or indiscriminate sexual attacks. Mogadishu is already host to large numbers of internally displaced persons (IDPs) from across the country, many of whom live in mostly unsafe, exploitative and unsanitary conditions, which were only worsened by the COVID-19 pandemic. Women and girls living in IDP camps face a higher risk of experiencing sexual violence.

Somalia’s acting Humanitarian Coordinator for the United Nations, Cesar Arroyo, expressed concerns over “mass displacements” in Mogadishu. The initial figures of displaced Somalis estimated was between 60,000 to 100,000 people following violent events of April 25. Although the numbers of displaced women and girls have not been reported, they are likely to make up the majority of a large and growing number of displaced Somalis since January, two-thirds of whom have been uprooted due to conflict.

Once women and girls flee their homes (often becoming displaced for a second or third time), many become even more vulnerable to sexual assault.

Conflicts that start in Mogadishu are known to quickly diffuse and police and security apparatuses in the different member states tend to be implicated in political conflicts. Women in neighbouring federal states may already be at greater risk of sexual and gender-based violence.

A study we released in January underscored that women, girls and IDPs in those regions that were previously under al-Shabab’s control continue to be at risk of intimidation, aggression and sexual violence because of lingering insecurity.

Apart from an increased risk of sexual and gender-based violence, the political crisis in Mogadishu could roll back important achievements for Somali women in the public sphere. Until recently, some progress was made in women’s participation in regional politics and peacebuilding efforts. A 2020 report released by the Christian Michelsen Institute in Norway noted the steady increase in the number of women in regional parliament, for example.

A revert to conflict would dwindle the chances of female political hopefuls securing nomination to the federal parliament. Months-long contestations of the electoral process and quibbles over the distribution of clan quotas had already made it difficult to secure the 30 percent quota allocated to Somali women – the implementation of which is often left at the discretion of traditional leaders and bickering elites.

Political settlements built on shaky grounds may result in a derailment of women’s security, wellbeing and hard-won achievements, especially in public life. Including women in de-escalation and mediation processes would be key, not only for getting the political process back on track, but also for improving women’s security and its sustainability.

Somali women have a history of inclusion in mediation efforts. Not only have they played this role as part of Somali tradition but also as part of the implementation of the UN Women, Peace and Security (WPS) agenda.

The WPS agenda originated as a set of UN Security Council resolutions aimed at increasing the participation of women in peacebuilding and preventing sexual violence against women and girls during conflict. These norms may have international origins, but they have been supplanted by decades-long reproduction by Somali women and men alike.

Somalia was an early adopter and served as a key experimental site for this framework, with Somalis of different walks of life continuously and dynamically engaging with the agenda’s key pillars since 2002. Even prior to that, in 2000 – as international feminist civil society actors were still lobbying for the UN Security Council to adopt Resolution 1325, which was to become the foundation of the WPS agenda – Somali men and women made an historic decision to include women in the Somali National Peace Process in Djibouti.

Having long been infused with the unique activism, visions and political aspirations of Somalis, interpretations of the WPS agenda have over the years acquired a unique local flavour, though it is still seen by many as largely a foreign intervention.

By and large, interactions between notable Somali activists and international proponents of the WPS framework have resulted in outcomes that carry numerous social and political benefits. They helped grow the numbers of women delegates to notable peace conferences, and instituted gender quotas to bolster women’s participation in national politics. Such interplay did enable new political spaces for many Somali women.

Today, the WPS framework has evolved into a set of strategies that seek to promote justice, human rights, and the participation of women in national and local politics. And it can be a useful lens to understand and deal with the consequences of this conflict.

A window of opportunity

The next few months will be a key test in how Somalia transitions creatively and peacefully out of this election season. This juncture presents a new opportunity to decide how existing international frameworks can constructively address timely issues while maintaining Somali ethos.

Despite its long-standing engagement with WPS, however, Somalia still lacks a national action plan for its implementation that sets priorities and responses fit for today’s challenges, including sexual violence and the continued sidelining of women from critical political processes.

Such a plan could serve as a necessary blueprint to tackle women’s current needs (including treating sexual violence as a justice issue) while addressing new forms of political contestations where women and girls are disproportionately affected.

The recent crisis is an urgent call for Somalis and an international community of supporters to turn their attention to a Somali national action plan that weaves Somalia’s historical – and indigenous – commitments and salient global norms with fresh and innovative ways to respond to society’s new health and political predicaments.

Somali women are well-positioned to be discerning arbiters and effective mediators as the electoral process continues to unfold. Revamping independent electoral commissions and ensuring that women are represented in these commissions are two ways forward. Not only will these align with the WPS agenda with its emphasis on participation, they also echo Somalia’s own historic achievements of including women in large-scale mediation efforts. Activists, observers and ordinary citizens must also demand that leaders are held accountable for the intense violence and displacement of this year.

As consensus to move forward with elections crystalises, Somali leaders, now more than ever, must commit to implementing the 30 percent quota and meaningfully engage women in resolving the deadlock. Only by taking immediate action can the government help improve the security of Somali women and girls, guarantee their access to justice and secure their participation in the political life of the country.