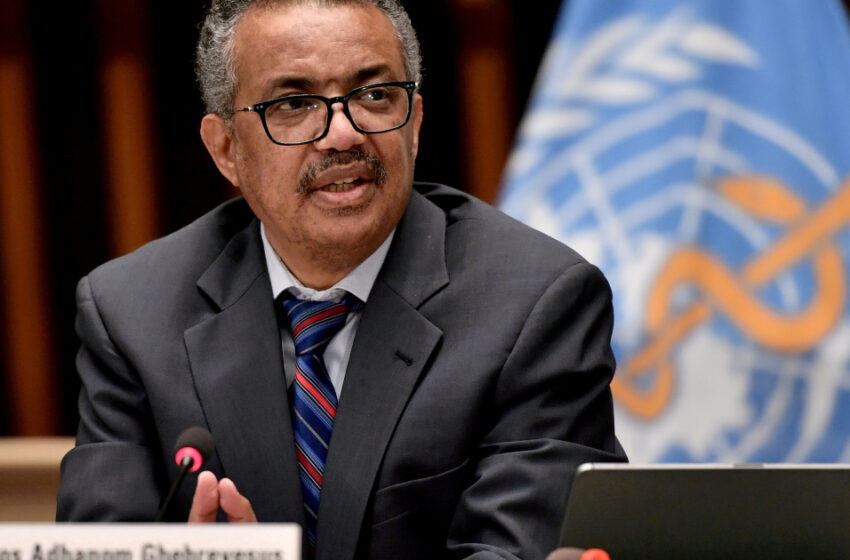 The World Health Organization, facing pressure from donors, said an independent investigation into allegations of sexual abuse in the Democratic Republic of the Congo (DRC) against WHO aid workers should issue findings by the end of August.

A report by the Associated Press news agency earlier this month said internal emails revealed that the WHO’s management was aware of sexual abuse claims in the DRC in 2019 and was asked how to handle it.

WHO Director-General Tedros Adhanom Ghebreyesus told the organisation’s annual ministerial session that some states were frustrated by the pace of the inquiry. The allegations “undermine trust in WHO and threaten the critical work we are doing”, he said on Friday.

The independent commission set up its base in Goma in March and hired an investigative firm that began field investigations in early May, Tedros said.

Despite security challenges in DRC’s North Kivu region and volcanic eruptions in the past week, he said: “The team is doing its best to complete its work in time for the commission to deliver its report by the end of August 2021”.

Earlier, 53 countries voiced alarm at reports that WHO leaders knew of sexual abuse allegations against the United Nations agency’s staff and failed to report them.

In a joint statement, the United States, the European Union, the United Kingdom, Japan and others demanded WHO chiefs display “strong and exemplary leadership” on preventing sexual abuse.

Delivering the joint statement to the WHO’s main annual assembly, Canadian Ambassador Leslie Norton said the tone “must be set from the top” and that the 53 countries wanted “credible outcomes” on tackling the issue.

“Since January 2018, we have been raising deep concerns about allegations relating to matters of sexual exploitation and abuse, and sexual harassment, as well as abuse of authority, in regard to WHO activities,” she said.

At a meeting of the WHO executive board’s programme, budget and administration committee last week, member states and the WHO secretariat discussed this issue in a “robust and transparent manner”, the statement said.

“We expressed alarm at the suggestions in the media that WHO management knew of reported cases of sexual exploitation and abuse, and sexual harassment and had failed to report them, as required by UN and WHO protocol, as well as at allegations that WHO staff acted to suppress the cases.”

“It requires strong and exemplary leadership from managers and leaders throughout an organisation with the tone being set from the top,” they said, stressing they wanted “appropriate disciplinary action” where allegations are substantiated.

The WHO and two other UN agencies were left reeling last September after a report documented alleged exploitation and abuse of women by UN agency staff during DRC’s 2018-2020 Ebola crisis.

The WHO, the International Organization for Migration and the United Nations Children’s Fund were cited in an investigative report published by the Thomson Reuters Foundation and The New Humanitarian.

The year-long probe found that more than 50 women had accused Ebola aid workers – chiefly from the WHO but also from other UN agencies and leading non-governmental organisations – of sexual exploitation, including propositioning them, forcing them to have sex in exchange for a job, or terminating contracts when they refused.

The similarities between the accounts given by women in the eastern DRC city of Beni suggested the practices were widespread, the report said.

A report by WHO’s external auditor, presented on Friday, said that there were 14 cases of sexual misconduct implicating WHO employees last year, including the DRC case, compared with 11 in 2019.

“The number of complaints or reports of misconduct are a reflection of the ethical climate of an organisation and its ‘tone at the top’,” the report said, “and therefore, an increasing trend of such complaints should be a cause of concern for the management.”