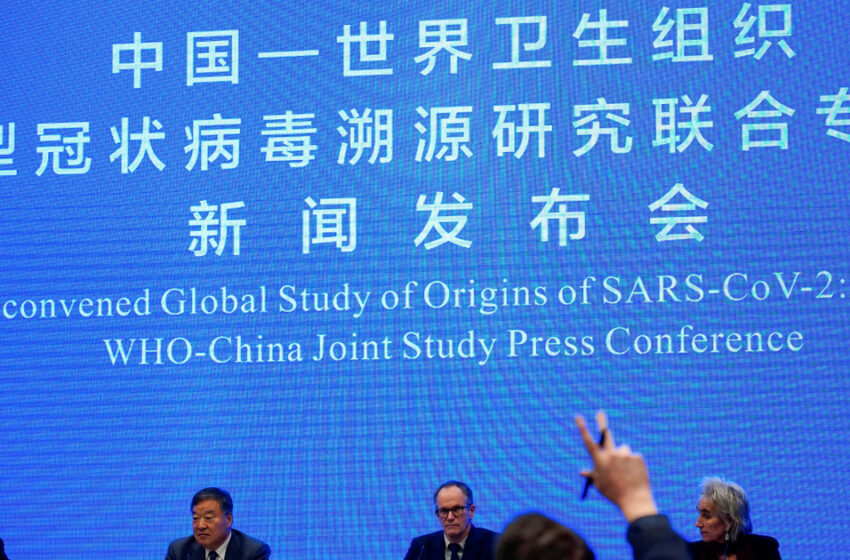 A top World Health Organization official has said the WHO cannot compel China to divulge more data on the origins of COVID-19, while adding it will propose studies needed to take understanding of where the virus emerged to the “next level”.

Asked by a reporter how the WHO will “compel” China to be more open, Mike Ryan, director of the agency’s emergencies programme, said at a news conference that the “WHO doesn’t have the power to compel anyone in this regard.”

“We fully expect cooperation, input and support of all of our member states in that endeavour,” Ryan said on Monday.

There are competing theories that the virus jumped from animals, possibly starting with bats, to humans, or that it escaped from a laboratory in Wuhan, China.

The Wuhan lab leak theory has recently become the subject of renewed public debate after several prominent scientists called for a full investigation into the origins of the virus.

The hypothesis that the virus was accidentally leaked from the lab was largely disregarded by scientists in the early stages of the coronavirus outbreak. China has repeatedly denied that the lab was responsible for the outbreak.

Members of a WHO team that visited China earlier this year hunting for COVID-19’s origins have said they did not have access to all data, driving continued debate about the country’s transparency.

Former US President Donald Trump and his supporters have consistently amplified conspiracy theories that China deliberately leaked the virus.

Then-US Secretary of State Mike Pompeo insisted last year that there was “significant evidence” that the virus came from the lab, while releasing no proof and acknowledging that there was no certainty.

Meanwhile, the head of the WHO called for COVID-19 vaccine manufacturers to give the global jab equity scheme COVAX first refusal on new doses, or commit half of their volumes to the WHO-backed initiative.

In a media briefing, WHO Director-General Tedros Adhanom Ghebreyesus lamented the COVID-19 vaccine inequality which he said has created a “two-track pandemic” with Western countries protected and poorer nations still exposed, renewing pleas for shot donations.

He voiced his frustration that several poor countries have been unable to immunise their health workers, the elderly and other populations most vulnerable to severe COVID-19 disease.

“Increasingly, we see a two-track pandemic: many countries still face an extremely dangerous situation, while some of those with the highest vaccination rates are starting to talk about ending restrictions” Tedros told reporters, adding that vaccine sharing was essential to end the “acute phase of the COVID-19 pandemic”.

The WHO chief said six months since the first coronavirus vaccines were administered, high-income countries have administered “almost 44 percent of the world’s doses.”

“Low-income countries have administered just 0.4 percent. The most frustrating thing about this statistic is that it hasn’t changed in months.”

Tedros has called for a massive global effort to vaccinate at least 10 percent of the population of all countries by September, and at least 30 percent by the end of the year.

“This weekend, the G7 leaders will meet for their annual summit,” Tedros said. “These seven nations have the power to meet these targets.

“I also call on all manufacturers to give COVAX first right of refusal on new volume of COVID-19 vaccines, or to commit 50 percent of their volumes to COVAX this year.”

COVAX was set up to ensure equitable distribution of vaccines, particularly to low-income countries, and has already delivered more than 80 million doses to 129 territories.

But that is about 200 million doses behind where it had hoped to be, says the WHO.

For vaccines to be eligible for COVAX they need to have been approved by the WHO and given its emergency use listing status.

So far, the UN health agency has given the green light to vaccines created by AstraZeneca, Johnson & Johnson, Moderna, Pfizer-BioNTech, Sinopharm and Sinovac.