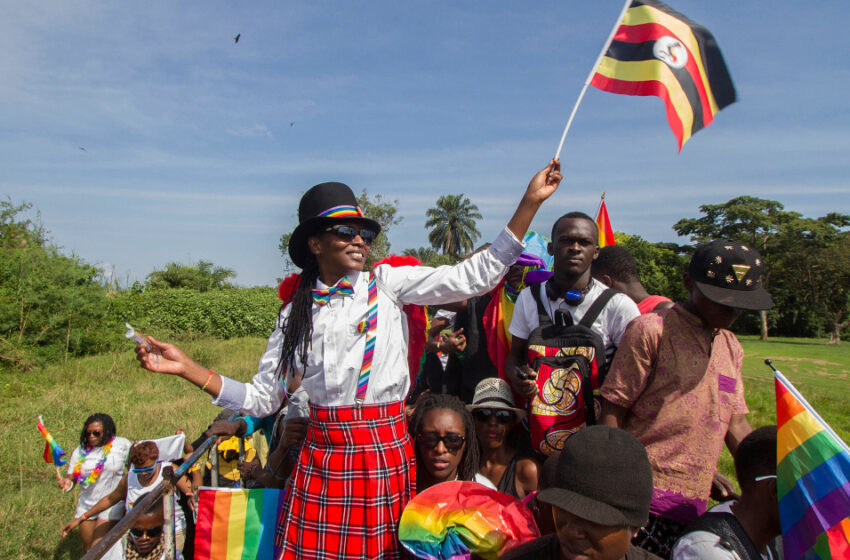 On May 31, the Uganda police arrested 44 people at an LGBTQI shelter in Nansana, Wakiso district, a few kilometres outside the country’s capital of Kampala. The 44 were later charged with a “negligent act likely to spread an infectious disease”.

The group was held for four days before being released on bail, which is a right under the law, but for people whose lives are already criminalised, they were met with stringent bail conditions and even getting sureties was an enormous challenge, as it usually is. Thanks to the great organising by many LGBTQI rights defenders in the country, they were released shortly before Uganda resumed lockdown measures in the face of the second wave of COVID-19 that is currently raging.

This was the second raid targeting a shelter housing LGBTQI persons in a little over a year. Stay-at-home orders during the pandemic have disproportionately affected LGBTQI Ugandans who face ostracisation by wider society and are often rejected by their families, leading some to seek refuge at shelters provided by non-profit organisations.

This latest raid and the grave human rights violations in custody are part of the systemic abuse of Ugandans based on their sexual orientation and gender identity sanctioned by the state, upheld by religion and intolerant social attitudes, emanating from colonial law enforcement. Daily violations often go unreported and worse, unpunished, because the political and social system refuses to recognise the humanity of sexual and gender minorities.

Uganda’s penal code inherited from the British colonial rule criminalises consensual same-sex conduct and punishes “carnal knowledge against the order of nature” with up to life in prison. In 2014, the country witnessed heightened intolerance as homosexuality became a rallying point for many political leaders, as the parliament passed the Anti-Homosexuality Act allowing sweeping legalised violence against LGBTQI Ugandans.

President Yoweri Museveni signed the law, as he remained bullish in the face of international pressure, at an event with top government officials and journalists were invited to witness. Prior to the signing, he had commissioned “research” by medical professionals who found that homosexuality is a result of “nurture not nature”.

The constitutional court later struck the law down because it was passed legal procedures were not followed but declined to address the substantial human rights issues raised in the case filed by activists and concerned citizens.

Since then, the threat of bringing another stringent law against homosexuality has remained any politician’s favourite tool, especially when they are falling out of favour with the population.

Faced with a sweeping youth movement for change led by opposition leader and musician Robert Kyagulanyi Ssentamu, known as Bobi Wine, Museveni recently resorted again to anti-LGBTQI electioneering scare tactics. In the heat of the campaign in January 2021, Museveni told the nation that “some of these groups are being used by outsiders … homosexuals … who don’t like the stability of Uganda and the independence of Uganda”.

Laying the lives of so many Ugandans who are already marginalised and persecuted at the election altar was not only irresponsible but dangerous. But he did it anyway because he is sure that the mix of morality and nationalist rhetoric, even at face value, works as glue in the growing cracks in his political support base.

On May 3, the parliament passed the Sexual Offenses Bill, which was initially meant to prevent and punish sexual violence, further criminalising homosexuality. The bill was put forward by civil society organisations working to end sexual violence against women who apparently considered the provisions criminalising same-sex acts to be rational.

The bill punishes any “sexual act between persons of the same gender” with up to 10 years in prison and also further criminalises sex work and discriminates based on HIV status. If assented to by President Museveni, this law would also punish Ugandans who perform these sexual acts outside Uganda and uphold a death penalty for certain sexual offences. It would only add more challenges to the safety, economic opportunity and mental health of LBGTQI people in these precarious times.

Networks like Sexual Minorities Uganda voiced their concern that this law would “enhance the already homophobic environment in Uganda and consequently lead the way for further violation of rights”. The United Nations for its part noted that it would make AIDS prevention that much more difficult, as “many vulnerable groups of people, such as gay men and other men who have sex with men and sex workers, continue to be less likely than the general population to receive the HIV treatment, prevention and care services they need”.

Days after the parliament voted on the law, President Museveni, who has been in power for 35 years, was sworn in for another term, after overseeing one of the most violent elections in decades. His government is currently under pressure from some international actors over election-related violence and the arbitrary detention of political opponents. There is a push for accountability for killings of innocent citizens, like the November 2020 shooting of dozens of civilians by security forces in Kampala in response to protests against another arrest of Bobi Wine on the election campaign trail.

While Odoi-Oywelowo paints a progressive picture of Museveni and makes promises that are not in his control, the president has used anti-gay rhetoric as fuel to keep his supporters appeased for a decade and continues to do so.

Equating being gay to being anti-Uganda throws minority lives in the political arena, putting them up to be debated and dehumanised way past the election cycle. This kind of hate speech from the most powerful office in the country is mimicked and recreated at various levels to the demise of many Ugandan LGBTQI lives. Upholding the idea that homosexuality is a Western value or tool, when the West found it entrenched in Africa and went ahead to criminalise it, is to play to populism.

The government of Uganda appears to be intent on appeasing Western backers through claims that the law will not be assented to, while simultaneously weaponising anti-West and nationalist rhetoric against LGBTQI Ugandans. In short, they want to eat their cake and have it too.

The assertion by a member of the ruling party that Uganda will not criminalise homosexuality (again) is meaningless in the face of already existent laws which are used by both private citizens and state actors alike to arbitrarily detain, blackmail and mistreat LGBTQI Ugandans.

To guarantee the human rights and security of LGBTQI Ugandans, the government of Uganda must allow organisations that support them to carry on their work free from harassment and intimidation and take concrete steps towards repealing laws that erode the rights of LGBTQI persons, instead of making empty declarations that a law already passed by parliament will not be assented to by the president.

Addressing the impact of colonial laws on the population’s consciousness is lifelong work but decriminalisation opens a way for that possibility. Countries like Botswana and Angola moved in 2019 to expunge these leftover colonial laws that criminalise people of diverse genders or in same-sex relationships. Ugandan leaders should be looking up to them, instead of entrenching the inherited oppression.