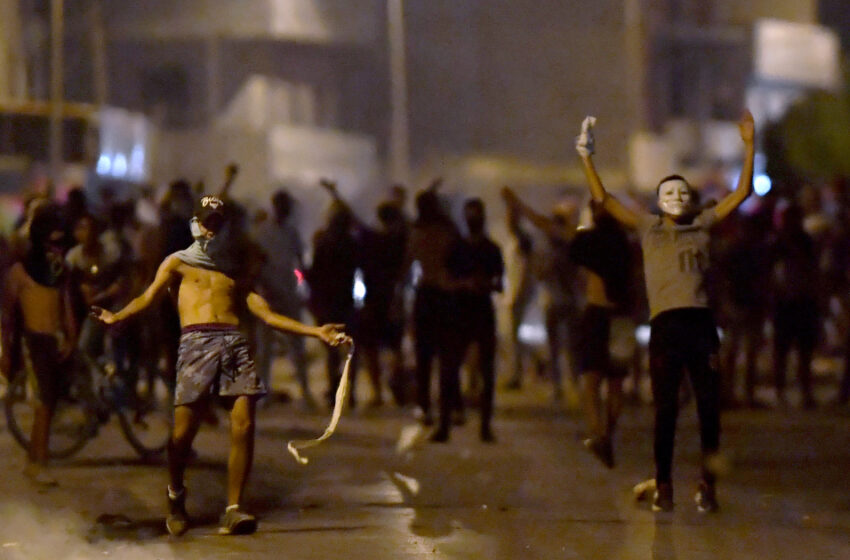 Clashes have erupted in the Tunisian capital as hundreds of young people came out to protest against police brutality in working-class neighbourhoods following the latest death of a man in police custody.

Protesters were seen throwing sticks, chairs and water bottles at security forces who were firing tear gas and roughly detained several people in the Sidi Hassine area on the outskirts of Tunis.

Saturday’s violence followed three consecutive nights of protests after a young man was killed “in suspicious circumstances” in the neighbourhood, according to the Tunisian League of Human Rights (LTDH).

The man died on Tuesday after being arrested by police on suspicion of dealing drugs, according to local media.

Earlier on Saturday, several dozen left-wing activists and residents of working-class districts demonstrated in front of the interior ministry in protest against the death for which the family blamed the police.

In a statement, the LTDH denounced the violence suffered by citizens during confrontations with the police “in order to silence the voices of protest”, by blaming Prime Minister Hichem Mechichi – who is also the interim interior minister.

Mechichi has denied the allegation.

What happened today in tunis #Tunisia
Photo by @YassineGaidi pic.twitter.com/AAbc85kBxf

Among the demonstrators were the mothers of three youths who died over the past three years after being arrested. They say they are campaigning to get justice for their children.

Laabidi’s mother said she was still waiting for her son’s rights to be respected.

The authorities are also investigating a separate incident, which came to light after a video of what seems to be officers in civilian clothes beating a naked minor came to light.

The police officers involved in the incident were arrested, with the prime minister saying the incident was shocking and unacceptable.

This incident also took place in the Sidi Hassine district.

After shocking levels of police violence & abuse in working class hood of Sidi Hassine in recent days, some have been posting this image, a darker version of the Tunisian State seal: « No Order, No Freedom, No Justice » https://t.co/EtgaEykH7Q

Tunisia’s independent High Human Rights Commission said on Thursday that incidents such as those in Sidi Hassine risked undermining “confidence in the state and its institutions”.