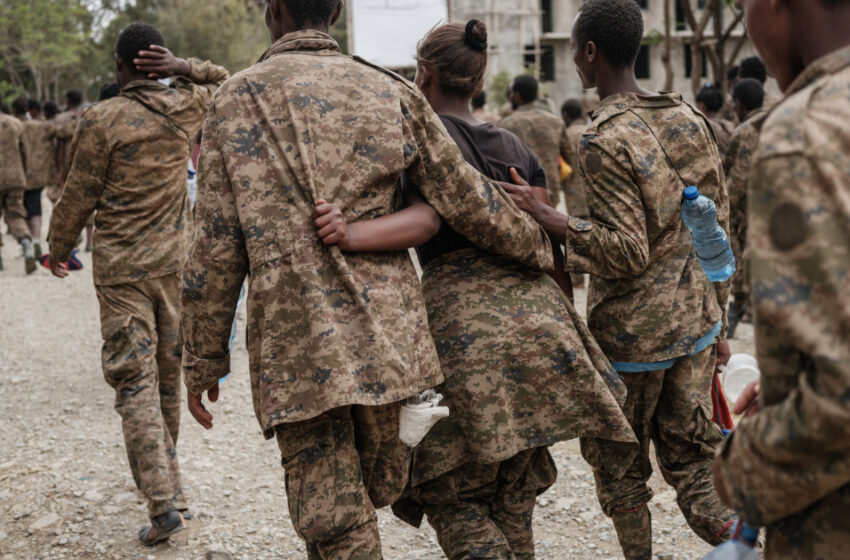 The rebel leadership of Ethiopia’s Tigray region has demanded a full withdrawal of Eritrean troops and the fighters of the neighbouring Ethiopian state of Amhara before it can engage in any talks with the federal government about a ceasefire.

The development came in a statement issued on Sunday by the Tigray People’s Liberation Front (TPLF), the regional authority driven out last year by Ethiopian forces and troops from neighbouring Eritrea.

The TPLF returned to the region’s capital, Mekelle, on Monday to cheering crowds. Their return was followed by a unilateral declaration of a ceasefire by the federal government, a move dismissed by TPLF spokesperson Getachew Reda as a “joke”.

Sunday’s statement said the TPLF would accept a ceasefire in principle if there were ironclad guarantees of no further invasions, but a series of other conditions would need to be met before any agreement could be formalised.

“Invading forces from Amhara and Eritrea must withdraw from Tigray and return to their pre-war territories,” it said.

The rebel authorities are also calling for “procedures” to hold Ethiopian Prime Minister Abiy Ahmed and Eritrean President Isaias Afwerki to account for “the damage they have caused”, as well as the creation by the United Nations of an independent investigation body to probe the “horrific crimes” carried out during the conflict.

Other conditions are humanitarian, including the distribution of aid and the safe return to Tigray of displaced people.

There was no immediate comment from the prime minister’s spokeswoman and the chairman of the government task force set up to coordinate the security operation in Tigray.

Al Jazeera’s Catherine Soi, reporting from Ethiopia’s capital Addis Ababa, said one of the least palatable conditions was the restoration of what Addis Ababa considers the rebel government in Tigray.

“We have not heard from the Ethiopian government … it will be difficult to accept some of these demands. For example, by legitimising the TPLF as a government of Tigray, the [central] government will be admitting defeat,” she said.

“But some analysts we have talked to are saying that perhaps this is a small window to the start of a political dialogue.”

The TPLF dominated the central government for decades before Abiy came to power in 2018.

His government has been battling the TPLF since late last year after accusing it of attacking military bases in Tigray. Thousands have been killed.

More than 400,000 people in the region are now facing famine and there is a risk of more clashes in the region despite the unilateral ceasefire by the federal government, the UN warned on Friday.