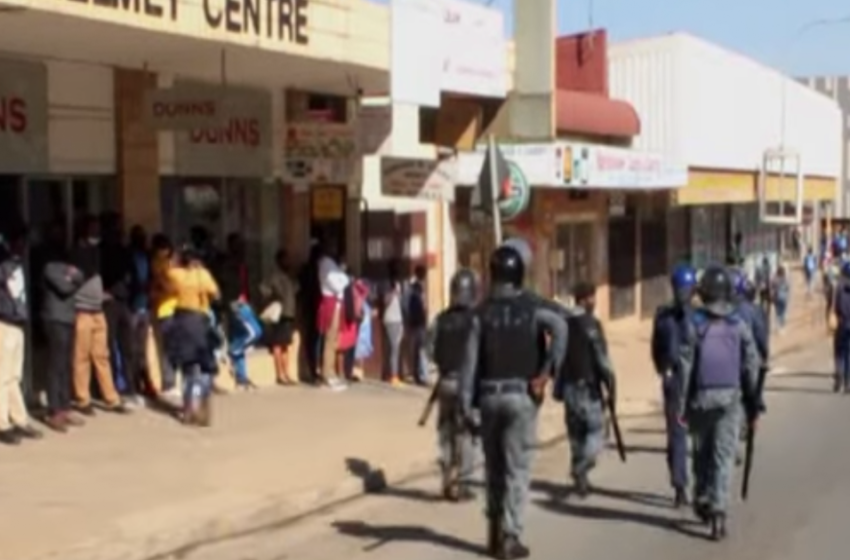 Pro-democracy protesters in Eswatini have defied an overnight curfew to call for constitutional reforms as tensions increase in Africa’s last absolute monarchy.

Demonstrations flared on Monday in the tiny and landlocked kingdom previously known as Swaziland, with protesters taking to the streets in the two largest cities of Manzini and Mbabane.

The government deployed soldiers to quell the anger and imposed a dusk-to-dawn curfew on Tuesday from 6pm to 5am, citing rising coronavirus cases. Witnesses, however, continued to report unrest during the evening and night, with violent clashes between protesters and police taking place and incidents of looting reported.

Lukhele said they were among 28 protesters who had been shot, some of whom were taken to hospitals in the early hours of the morning.

Authorities have not confirmed any deaths. But in a note on Wednesday, the United States embassy in the kingdom said, “dangerous civil unrest continues in Eswatini, including the use of deadly force by security forces”.

Lukhele, meanwhile, said internet access had been limited since Tuesday, accusing the government of a shutdown. The US embassy also said internet services are “expected to degrade as Internet Service Providers have been told to shut down”.

“Between yesterday and today, we have got fresh reports of almost 18 people who have been shot,” he told AFP.

“We slept with the sound of gunshots and woke still to gunshots fired,” said Mbongwa Dlamini, head of the Swaziland teachers association. “The looting and destruction of property became intense.”

With unfettered political power over his 1.3 million people and ruling by decree, the king is Africa’s only absolute monarch and one of the few remaining in the world.

Crowned in 1986 when he was just 18, the king has 15 wives and has come under fire for his lavish spending while most inhabitants live below the poverty line.

“We are the youth of Swaziland and we are so much depressed by the government,” a young male protester said. “Our government is not being fair; it is just a one man’s land.”

Demonstrations are rare in Eswatini, where political parties are not allowed to run in national elections. In 2019, the country was rocked by a series of strikes by civil servants who accused the monarch of draining public coffers at the expense of his subjects.

Even though people are allowed to vote for members of parliament, the opposition says the process is not an election – rather a selection of people signed off by the king.

Resident Gugu Dlamini told AFP from Manzini that “the confrontation is not going to end soon”.

“Even after curfew you can still hear gunshots between youths and police in our neighbourhood,” Dlamini said.

Witnesses in Manzini and Mbabane reported seeing soldiers patrolling the streets where protesters have been burning tyres and stoning cars.

A Manzini resident told AFP she and colleagues were holed up in the restaurant where they worked and were unable to return home.

“Helicopters are extinguishing the fires lit on the roads,” she said, asking not to be named.

“We have witnessed violence in several parts of the country perpetuated by an unruly crowd where people have been attacked, property destroyed,” he said in a statement.

“Security forces are on the ground to maintain law and order,” he added.

“We are a nation that believes in dialogue. Government has opened an email address where Emaswati can continue to direct their concerns and petitions.”