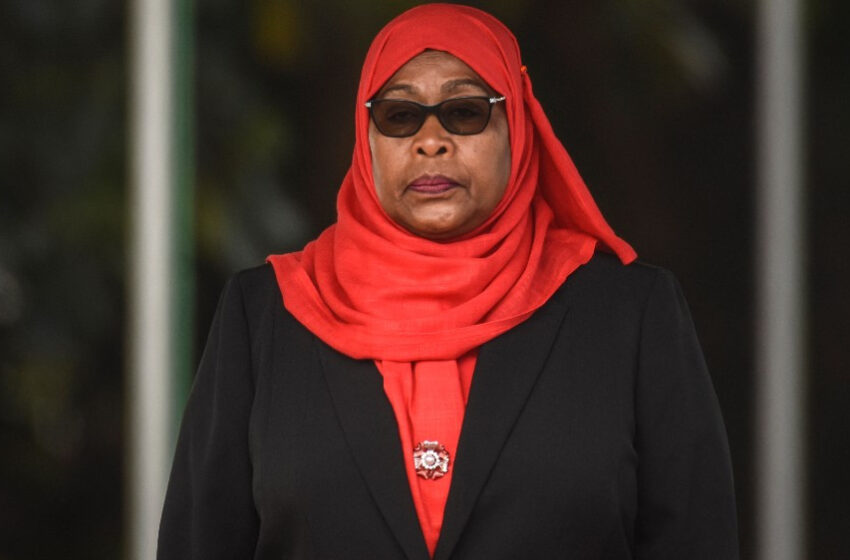 Samia Suluhu Hassan breaks with her predecessor’s stance by publicly receiving a dose of a COVID-19 vaccine.

Tanzania’s President Samia Suluhu Hassan has received her COVID-19 vaccine in public, kicking off a nationwide inoculation campaign in one of the world’s last countries to embrace jabs in the fight against the disease.

Hassan’s vaccination on Wednesday was the most decisive signal yet of a break from the policies of her late predecessor who repeatedly dismissed the threat of the pandemic.

Former President John Magufuli had warned citizens against COVID-19 vaccines and recommended at-home remedies such as steam inhalation. Since his death in March and the swearing-in of Hassan, the government has changed course on COVID-19, with officials now calling for physical distancing and emphasising mask-wearing in public.

Hassan, who received the Johnson & Johnson vaccine, expressed confidence in the safety of vaccines and said the country of more than 58 million people will pursue more.

“We will make sure our country has enough vaccines for those who are willing to be vaccinated,” Hassan said during the launch ceremony in the commercial capital Dar-es-Salaam, before taking her jab in front of the cameras.

The United States on Saturday announced the delivery of more than one million doses via the COVAX global initiative aimed at supplying low- and middle-income countries.

At the launch of the campaign, Health Minister Dorothy Gwajima promised to roll out a comprehensive public education campaign to counter vaccine misinformation.

“The vaccines are the modern weapon to reverse this COVID and eliminate it like polio and other diseases,” the minister said.

Josephat Gwajima, an evangelical church leader and a lawmaker for the governing CCM party, caused widespread anger last week when he disparaged vaccines.

Hassan, who was joined by the prime minister, the chief justice and other leaders in taking the jab, sought to reassure people about the efficacy and safety of the vaccines.

“I wouldn’t risk my life … I want to set a good example to the public,” she said.

Tanzania went well over a year without updating its number of confirmed COVID-19 cases but has now resumed reporting the data to the Africa Centers for Disease Control and Prevention (Africa CDC), which showed 858 cases in the country as of Wednesday.

Critics of Tanzania’s past stance on COVID-19, however, have long warned that many more people have been infected.

Hassan has also pledged to invest in vaccine manufacturing, according to the Africa CDC. On Tuesday, she met the agency’s director, John Nkengasong.

African countries, hit hard by so-called vaccine nationalism as rich nations prioritise doses for their own citizens, are embracing the need to have more control over vaccine production.

Burundi, whose late President Pierre Nkurunziza had also been criticised for downplaying the pandemic, has said vaccines are not needed yet. And Eritrea has long been criticised by human rights groups as one of the world’s most closed-off, repressive countries.