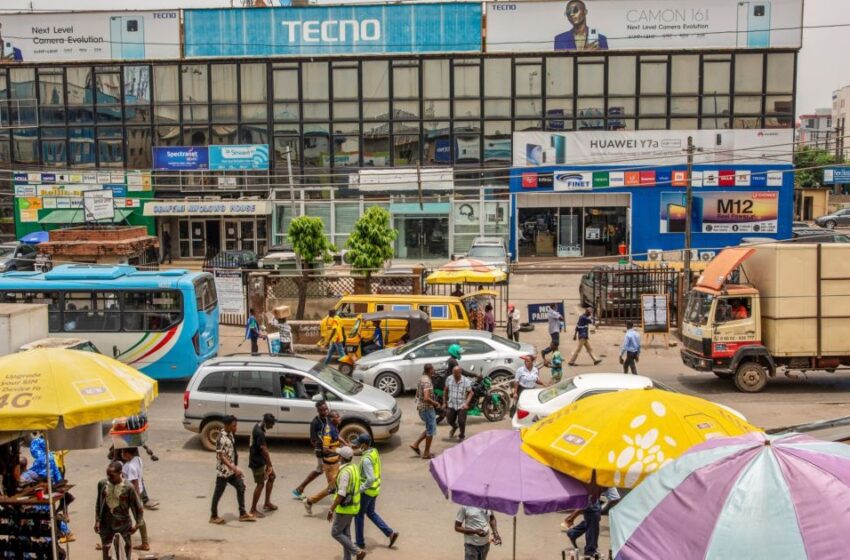 Africa’s biggest economy is gripped by soaring food prices, high unemployment and surging inflation – a cocktail that the World Bank warns is leading more Nigerians into criminal enterprises to make up for lost earnings.

Surging inflation is undermining the recovery of Africa’s biggest economy, pushing 7 million Nigerians into poverty and encouraging criminality as rising prices deplete already meager incomes, according to the World Bank.

In its Nigeria Development Update report, the Washington-based lender projects economic growth of 1.8% this year, compared with a previous estimate of 1.2%. But it warned that without deep reforms, the economy will continue to grow slower than the pace of population expansion of about 2.6% a year.

That, coupled with rising unemployment and inflation, is leading more Nigerians into criminal enterprises to make up for lost earnings in the continent’s top oil producer. A surge in insecurity over the past two years has further slowed economic activity and left more people unemployed, fueling a vicious cycle of violence and criminality, the lender said.

“While you have many people going into the informal sector and hustling, criminal activity has become one of the options to get by,” the World Bank’s country director for Nigeria, Shubham Chaudhuri, said in an interview. “In the context of rising inflation, that means a further deterioration of the purchasing power and livelihood of many Nigerians.” 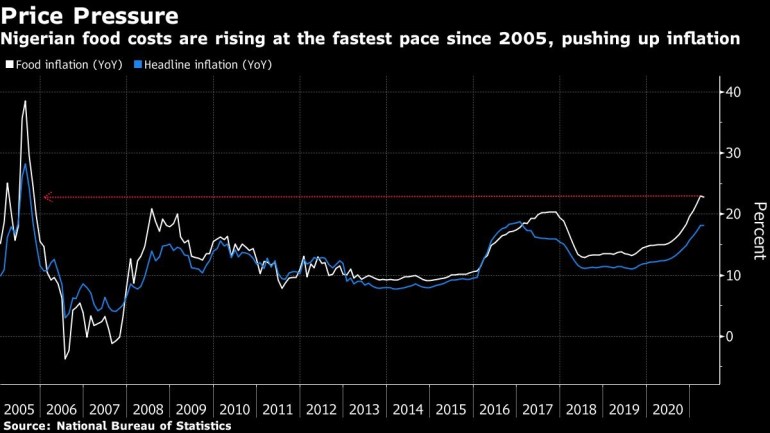 Chaudhuri reiterated that the government must develop a sustainable economic-recovery plan before the bank can release a $1.5 billion loan initially discussed more than a year ago.

While inflation eased slightly for the second straight month to 17.9% in May, it remains at near four-year highs with food-price growth at more than 20% year-on-year. The World Bank sees inflation at an average of 16.5% this year and remaining above the 9% top of the target band until at least 2023.

“Policy decisions related to exchange rate, trade and monetary and fiscal factors are driving inflation, especially during 2021, more so than exogenous factors related to conflict and weather shocks,” said Marco Hernandez, the World Bank’s chief economist for the country.

The lack of a credible monetary anchor is keeping inflation elevated, with the central bank trying to achieve too many goals, such as controlling price increases, promoting economic growth and keeping a stable exchange rate, according to the report.

Although the central bank took the right step in unifying the official exchange rate with one used by investors and exporters, the exchange rate is not yet reflective of market forces, the World Bank said.

The central bank should aim for greater flexibility by reestablishing a dollar interbank market, effectively allowing banks to trade currency on their own behalf to increase liquidity and move toward a single rate, the bank said.