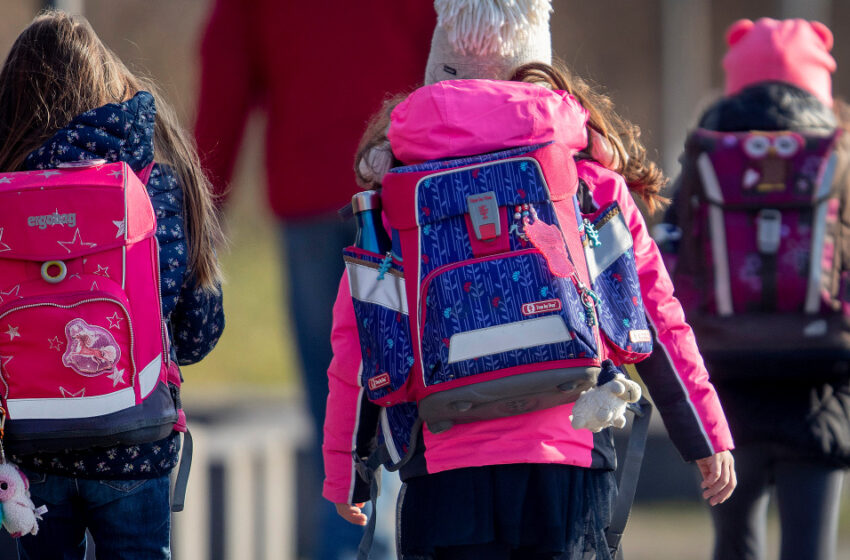 Like millions of other children, Mia Sulastri has been putting in extra effort to keep up with her studies. When her school in Indonesia closed due to the COVID-19 pandemic, the 17-year-old travelled 24 kilometres by motorbike, four times a week, to find a phone signal to receive messages from her teachers and email back her assignments.

Mia is one of the hundreds of students, parents and teachers Human Rights Watch has interviewed in 60 countries over the past year, to find out how they are trying to keep learning during COVID-19 school closures.

We heard repeatedly that children – who tend to escape the more severe symptoms of COVID-19 – have had to sacrifice the education to which they are entitled. The school shutdowns are part of public efforts to help protect the health and save the lives of their families, friends, teachers and those in their communities.

It is a trade-off students usually made willingly, but at a loss nonetheless.

We also heard that governments’ failures before the pandemic to provide adequate public services or to welcome and include all students in schools, made the consequences of the pandemic even worse for children’s education.

A 14-year-old girl in Lebanon told us that her English teacher cancelled online classes almost every time because of a lack of electricity. Lebanon has long failed to reform its dilapidated electricity system, so those who cannot afford a private generator are left without reliable power.

A principal at a school with a predominately Indigenous Alaskan student body said she had the best internet plan available in her community, costing her $315 a month. “I can start loading a web page and go sweep my floors while I wait for the page to load,” she said. “I don’t believe that going to online learning could ever be an option unless the internet infrastructure is better.”

A second-grade teacher in Germany said that her school has long struggled to invest in technology. “Then the announcement came that Skype would be installed on the school computers,” she said. “It turned out that the school computers did not have a camera, so the topic was closed.”

In contrast, a teacher at a private secondary school in São Paulo, Brazil, which he described as “extremely privileged”, said that he had already been teaching using a digital platform for five years: “In my world, things are pretty easy.”

The pandemic did not cause these problems or inequalities, it just made their consequences worse.

Governments already had solid evidence about which children were disproportionately excluded from schooling before the pandemic – often girls, children living in poverty, with disabilities, or living in war zones. Yet these very same children felt the brunt of school closures particularly hard.

The Ugandan government should have provided 12 years of free education to the 14-year-old boy who told us he was selling biscuits on the streets of Uganda’s capital to save for school fees, after his family’s financial situation took a hit due to the pandemic.

The Armenian government should have predicted that it would be tough for the 14-year-old boy with a hearing disability whose mother we spoke to, to read sign language on a phone screen divided into seven for a Zoom class.

The British government should have paid closer attention to ensuring that children from families living in poverty who get their main meal of the day at school did not go hungry during pandemic school closures.

The Iraqi father was right when he said it was not his 15-year-old son’s fault that he could not write his own name – after years of schools being forced shut by ISIL (ISIS) extremists, and no schooling in the camp for internally displaced people where the family was living.

As the rollout of COVID-19 vaccines brings hope of an eventual end to pandemic-related school closures, it is clear that merely returning things to the way they were is insufficient and reckless.

So many students have been working so hard. Governments need to fulfil their own responsibilities. They should ameliorate, mitigate, and correct the longstanding structural inequalities in access to education, availability of free secondary education, and accessibility to learning in the virtual or actual classroom.

They need to track down children who do not return to the classroom when schools reopen and give them a reason to return, as they should for children who were not going to school even before schools closed. Governments should make primary and secondary education completely free and accessible for all children. They should erase inequalities in access to electricity.

They need to stop dithering, recognise that the web is now indispensable for children’s education and expand affordable access to the internet. They need to end child marriage, a major barrier to girls’ education. They need to structure education systems so children with disabilities, who are Indigenous, refugees, or live in poverty or war zones, are welcome and included.