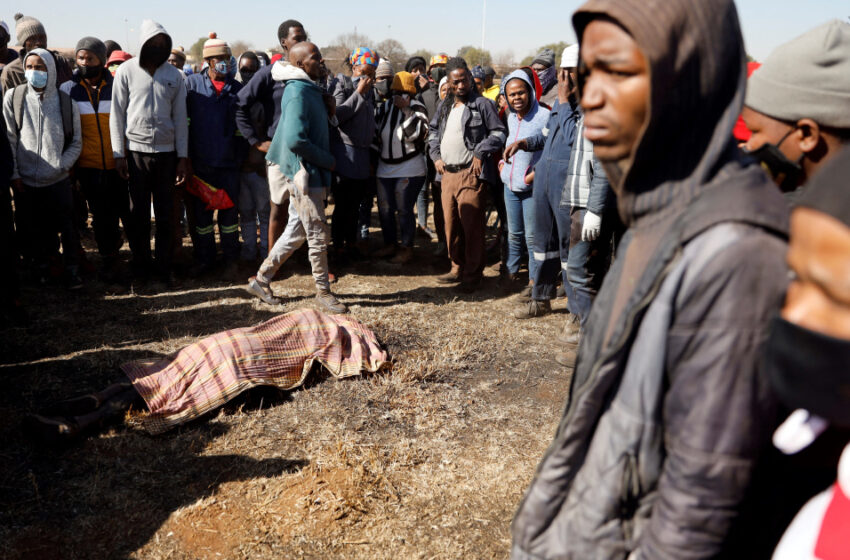 At the 47th G7 summit held in the United Kingdom in June, South Africa was the only African country to be invited. In an interview held on the sidelines, President Cyril Ramaphosa stated that he believed ordinary South Africans had confidence in his government and things were actually looking “pretty good” for South Africa.

One month later, the country descended into mass unrest, looting, arson and violence that destroyed thousands of businesses and led to 212 deaths. It is not the first time South Africa experiences such upheaval and one has to wonder why its head of state got invited to make a “token” appearance at a gathering of the world’s top wealthiest nations, when clearly things are not “pretty good”.

Some may think it is because South Africa is Africa’s most industrialised nation and leading democracy. Its development as a liberal democracy, after decades of white supremacist rule, has impressed many in the West. Nelson Mandela’s legacy of pushing for national unity after spending 27 years in jail is well remembered, and so is the adoption of a constitution that enshrined progressive political, economic and sexual rights, which strengthened South Africa’s democratic credentials after decades of brutal apartheid.

Indeed, for a long time South Africa appeared set to avoid the political chaos that plagued many African countries in the post-colonial era. However, that exceptionalism came at a cost: it allowed the ruling African National Congress (ANC) party the liberty to indulge in profound denialism and fashion a narrative of steady progress, even as corruption engulfed its ranks and its governments continued to fail on delivering basic services to townships inhabited by mainly poor Black South Africans.

The frustrations and indignities that drove young and middle-aged South Africans to loot and engage in destructive behaviour over the past week are fairly old. If the troubling scenes that overwhelmed South Africa recently appear familiar, it is because this type of violence and plundering, albeit on a smaller scale, has already happened a few times in recent years.

In 2008, for example, 62 people died and 100,000 were displaced in xenophobic attacks that targeted African migrants and foreign-owned shops. The government reacted slowly to the outbreaks of violence and only deployed soldiers to help bring the situation under control well after many migrants had been killed.

Despite the anarchy, then-President Thabo Mbeki did not address the root causes of the unrest. Instead, he was worried about how the “shameful acts of a few” had “blemished the name of South Africa” and dented the ANC’s reputation abroad. So, with little done to assess and rectify the economic and social challenges behind xenophobic violence or to enhance the security services’ preparedness to handle it, South Africa experienced further violent outbreaks in 2015, 2018 and 2019.

The ANC continued to ignore the writing on the wall and in fact used people’s fears to its electoral advantage. Hoping that anti-migrant rhetoric would shield it from assuming responsibility for a plethora of economic shortcomings and appease disgruntled voters, the ANC babysat the growing discontent and targeted migrants in the run-up to the 2019 general election. Party officials blamed migrants for the failing health sector, high crime rates and widespread joblessness.

However, such political manoeuvring did not change the facts on the ground. The ANC’s policies have not really dismantled the oppressive economic structures of apartheid and as a result, people are losing faith in democracy.

In 2019, for instance, South Africa experienced the lowest voter turnout in any of the country’s general elections since the end of apartheid in 1994. And a survey published by the Edelman Trust Barometer in February 2021 revealed that South Africans had more trust in business (of all sectors) than in the ANC government.

That is hardly a surprise, as more than a quarter of municipalities are nearly bankrupt and state-owned entities are struggling due to corruption and bad governance. What is more, in 2020, billions of rands allotted to the COVID-19 response and relief were plundered through dubious procurement practices. People, understandably, are livid and anger is pouring out onto the streets. Between August 2020 and January 2021, South Africa experienced 900 protests over the failure of the state to deliver services.

So while the latest round of violence and mass looting might have been ignited by former President Jacob Zuma’s 15-month imprisonment on contempt of court charges, it certainly thrived on extreme dissatisfaction with tremendous inequality, corruption and inadequate economic development practices. The ANC is presiding over a democracy that is failing the 30.4 million South Africans living in abject poverty.

One could empathise with Ramaphosa’s position and argue that he has been president for just three years, that he is fairly progressive and just needs time to turn things around. But he spent nearly four years as deputy president of South Africa and five as deputy head of ANC, and must shoulder a significant share of the blame for the party’s failings – something he is not in a hurry to do.

In a televised address to South Africans on July 16, Ramaphosa struck a jingoistic tone and bemoaned the “deliberate, coordinated and well-planned attack on our democracy”. He promised to “extinguish the fires that are raging, and stamp out every last ember”. However, the truth is the “fires” are set to rage on.

Too many South Africans remain pushed to the fringes of society. Too many have been sucked into a vortex of despondency that clearly threatens social and political stability.

The politics of denial within the ANC must end. Going forward, Ramaphosa has to prioritise, with speed, establishing a basic income grant, improving service delivery in the townships, stamping out corruption and implementing the land reform programme he has promised in full. Anything short of this, as the recent unrest has demonstrated, would be catastrophic to South Africa’s wellbeing.