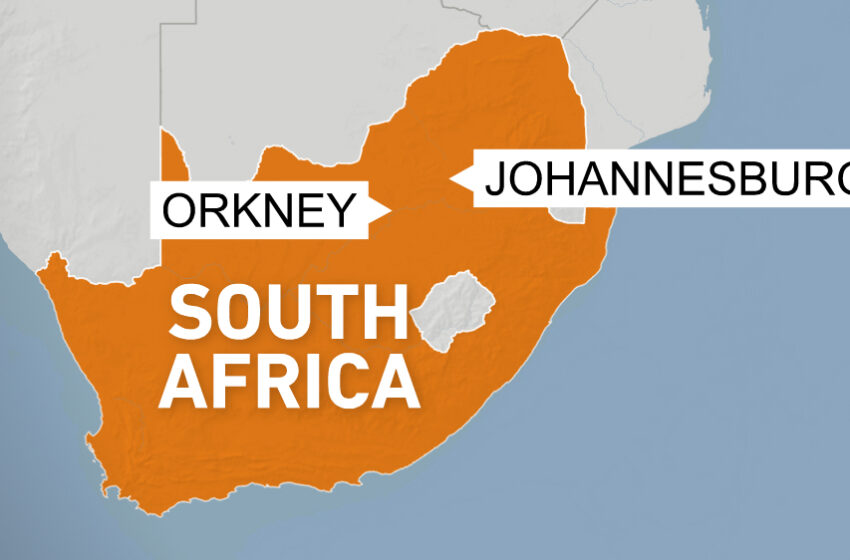 The deceased are thought to be illegal miners whose decomposed bodies were discovered near an abandoned mine in Orkney town.

South African police have launched an investigation into the deaths of 20 men whose bodies were discovered near an abandoned gold mine in the North West province.

The bodies, some of which were badly decomposed, were found outside a mine shaft and near the railway tracks in Orkney, about 180km (111 miles) southwest of Johannesburg, according to the police statement issued on Wednesday.

It also said the bodies “were found wrapped in white plastic bags” and bore “severe body burns”. An autopsy will be carried out, the statement added.

“All the deceased are suspected to be illegal miners commonly known as ‘zama zamas’ operating in obsolete shafts in Orkney and Stilfontein,” the statement said.

According to South Africa’s SABC News broadcaster, police are yet to determine the identities of the men.

“This follows unconfirmed reports over the weekend that a number of illegal miners had died in an explosion underground,” it reported.

SABC cited Mokgwabone as saying: “They are all male bodies and I can confirm that at this stage they are not yet identified and that they were badly decomposed and they had severe burn wounds. Our investigation is still under way and we hope that as we progress with investigations. We will be able to know who these people are and maybe as to what could have led to this particular incident.”

Thousands of “zama zamas” – which means “those who try their luck” in Zulu – operate in the country, according to the South African Human Rights Commission.

The mining industry, which employs nearly half a million people, contributed approximately 8 percent to the country’s total GDP last year. However, a larger number of people are involved in illegal mining activities, most of them run by crime syndicates. Close to 50 percent of Black people still live in poverty nearly 30 years since white rule ended.