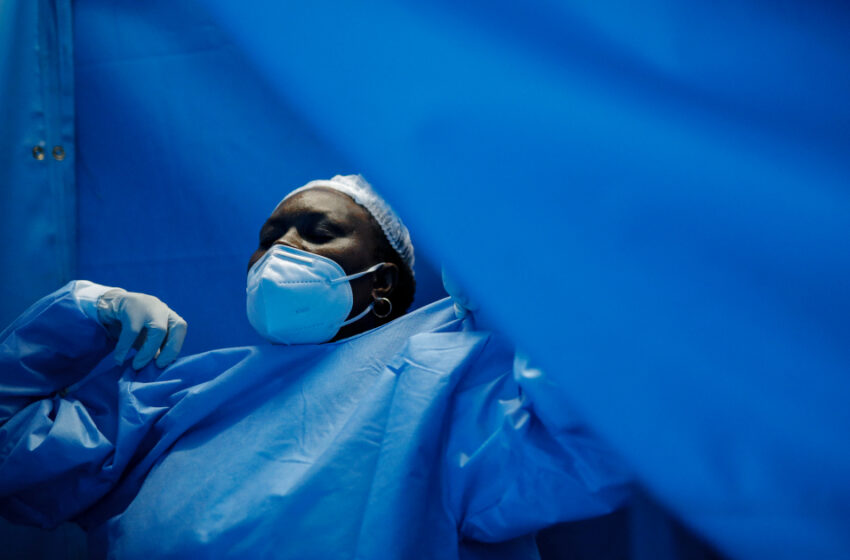 The deployment comes as country enters a third wave and new daily cases double over the past two weeks.

South Africa is deploying army medical personnel to its commercial hub and most populous province to help health workers battle a surge in coronavirus, the government said on Friday.

South Africa, the worst-hit country in the continent, has entered a third COVID wave, with new daily cases doubling over the past two weeks.

Gauteng province – home to the administrative capital, Pretoria, and financial hub Johannesburg – is the outbreak’s current epicentre, accounting for about 60 percent of the latest daily increase.

“We have requested additional capacity to assist Gauteng in terms of military help,” acting Health Minister Mmamoloko Kubayi-Ngubane said at a virtual press briefing on Friday.

The deployment will start “from today,” she said.

The military will provide support for health workers and help with community testing and contact tracing.

Daily infections jumped by 13,246 on Wednesday, the highest in five months. Hospital admissions have increased by nearly 60 percent over the past two weeks.

To date, the country has recorded more than 1.7 million cases, of which at least 58,323 have been fatal.

President Cyril Ramaphosa earlier this week slightly tightened restrictions to curb the spread of infection and ease pressure on hospitals.

The third infection wave has struck as South Africa is struggling to roll out its vaccination programme.

Only about two million single shots have been administered since February. The government’s declared target is to fully vaccinate at least 40 million people by the end of 2022.

Inoculation has so far only been open to health workers and over-60s, although teaching, police and military staff are set to receive their first jabs this month.

The soldiers returned to their barracks in October.