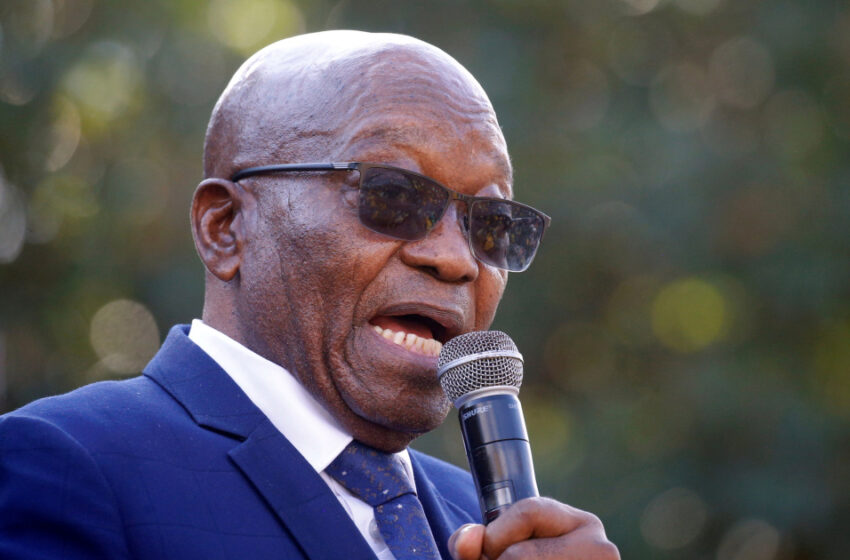 The rejection comes a day after the former leader turned himself to police, but still challenged his sentence.

A South African court has rejected former South African President Jacob Zuma’s request to postpone his current prison term, a day after he handed himself over to police to begin a 15-month sentence.

Zuma is currently imprisoned in the Estcourt Correctional Center for failing to obey a court order to testify at a judicial commission that is investigating allegations of corruption during his term as South Africa’s president from 2009 to 2018.

Despite turning himself in on Wednesday night, Zuma has challenged his sentence. He has one more legal bid to be released which will be heard by the Constitutional Court, the country’s apex court, on Monday.

“The application is dismissed with costs,” the Pietermaritzburg High Court’s judge presiding over the case said on Friday.

The High Court judgement came hours after the same court dismissed an application by Ace Magashule, secretary-general of the governing African National Congress (ANC) party, to have his suspension over corruption charges in a separate case set aside.

Both politicians’ proceedings are regarded as a test for South Africa’s ability to enforce the law, even against powerful politicians, 27 years after the ANC removed South Africa’s white minority rulers to usher in democracy.

Zuma’s jail order has been seen as the most dramatic chapter yet in his journey from a revered anti-apartheid activist to a politician tainted by multiple charges of sleaze and corruption, all of which he denies.

As a member of the ANC when it was a liberation movement, Zuma was jailed by South Africa’s white minority rulers for his efforts to establish a state that would treat citizens equally.

Zuma, 79, denies widespread corruption and has maintained he is the victim of a political witch-hunt.