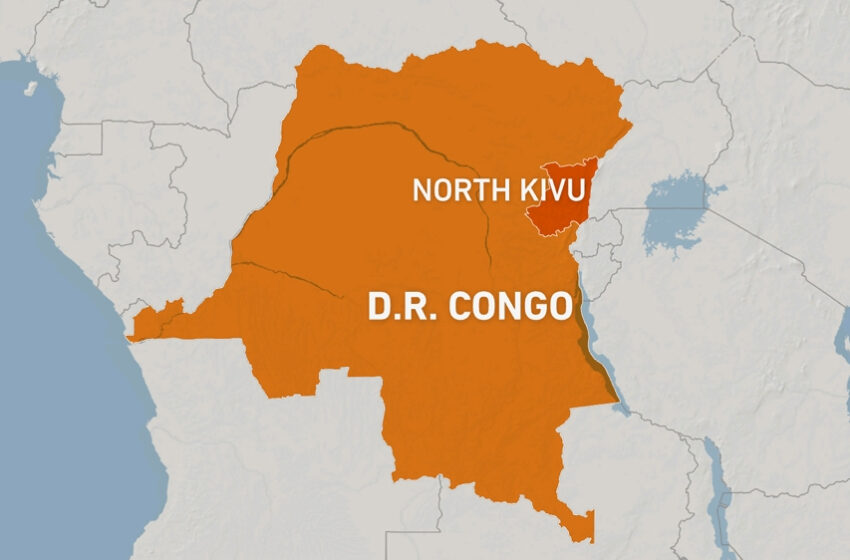 One child among those killed as they were returning from a weekly market in North Kivu province.

Attackers in the eastern Democratic Republic of the Congo (DRC) have killed at least 16 civilians as they were returning from a weekly market, according to a report citing medical and local sources.

The ambush on Thursday evening occurred on a highway between the towns of Maimoya and Chani-chani, some 40km (25 miles) from the city of Beni in North Kivu province.

Jerome Munyambethe, head of the hospital in the town of Oicha, told the AFP news agency that six women and a child – all of whom were shot – were among the victims.

“We have 16 bodies in the hospital morgue,” said Nicolas Kikuku, town mayor, adding that nine others who were wounded had been taken to the hospital for treatment.

Fighters belonging to the Allied Democratic Forces (ADF) – the deadliest of an estimated 122 armed groups in the mineral-rich eastern DRC, many of them a legacy of two regional wars from 1996 to 2003 – carry out frequent attacks in the Oicha region.

“The ambush is the work of ADF roaming the area. They also fired a rocket,” said Lewis Saliboko, a representative of grassroots groups in Oicha.

“It’s the ADF enemy which yet again has attacked peace-loving people,” said Kikuku.

The ADF, which first appeared in western Uganda before making its base in the eastern DRC in the mid-1990s, does not claim responsibility for attacks.

The DRC’s Catholic Church says the ADF has massacred nearly 6,000 civilians since 2013, with the toll sharply rising since 2019.

The Kivu Security Tracker (KST), a respected United States-based monitor of violence in the eastern DRC, blames the ADF for more than 1,200 deaths in the Beni area alone since 2017.

On March 10, the US branded the ADF a “foreign terrorist organisation” and said its leader Musa Baluku had pledged allegiance to the ISIL (ISIS) armed group.

But experts are still unsure about the extent of links between the ADF and the ISIL.

In May, DRC President Felix Tshisekedi proclaimed a “state of siege” in North Kivu and neighbouring Ituri province in a bid to curb growing insecurity and step up the fight against armed groups.

Under the move, senior civilian officials were replaced by army officers.

But Saliboko, the representative of grassroots groups, complained that the new measures had failed to curb the attacks.

“What is the point of this state of siege when we continue to have massacres?” he said. “There are no operations, there are no additional forces.”