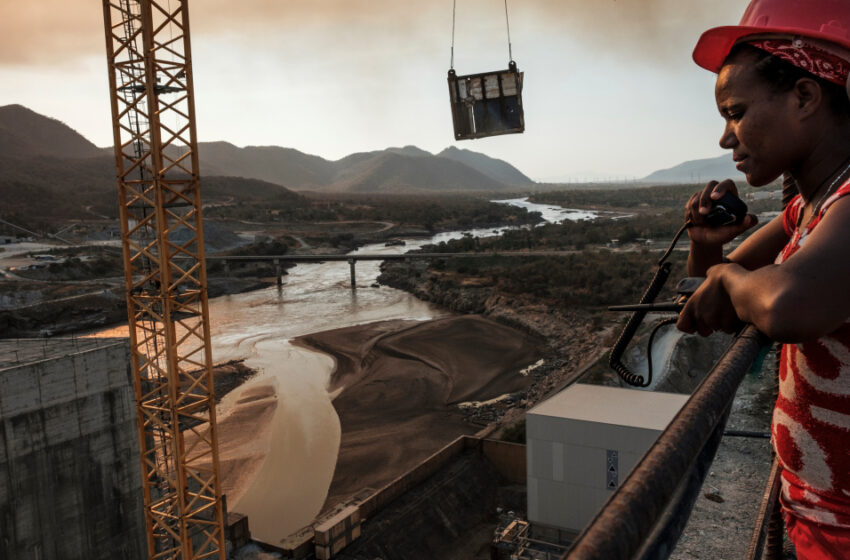 Saudi Arabia has thrown its weight behind Egypt and Sudan in their bitter dispute with Ethiopia over a massive hydropower dam built by the latter on the Blue Nile, the Nile River’s main tributary.

The Grand Ethiopian Renaissance Dam (GERD) is the source of an almost decade-long diplomatic standoff between Ethiopia and downstream nations Egypt and Sudan. Ethiopia says the project is essential to its development, but the governments in Cairo and Khartoum fear it could restrict their citizens’ water access.

On Tuesday, a day after Ethiopia began filling the dam’s reservoir, Saudi Arabia’s state news agency SPA said the kingdom supported Egypt and Sudan in “preserving their legitimate water rights”, as well as their efforts “to contain this crisis and their demands to solve it in accordance with the rules of international law”.

“The kingdom calls on the international community to intensify efforts to find a clear mechanism to start negotiations between the three countries to get out of this crisis,” it said. 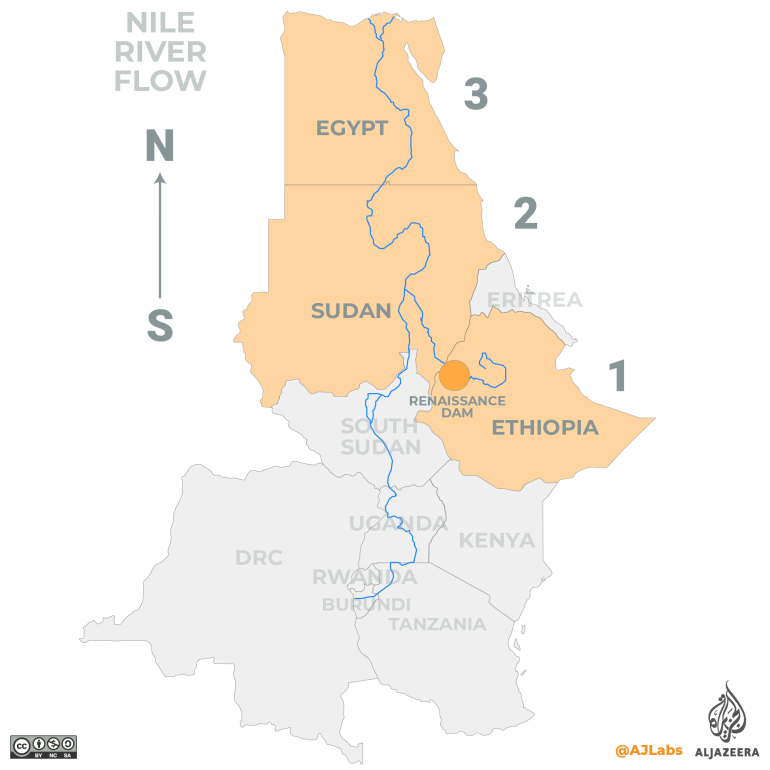 It came as reports said Tunisia had submitted a draft resolution to the UN Security Council, calling on Ethiopia to cease filling the GERD’s reservoir. The 15-member body is likely to discuss the dispute on Thursday.

The draft resolution, obtained by the AFP news agency, calls on Egypt, Ethiopia, and Sudan “to resume negotiations at the joint invitation of the Chairperson of the African Union and the Secretary-General of the United Nations to finalise, within a period of six months, the text of a binding agreement on the filling and operation of the GERD”.

The resolution adds the agreement should “ensure Ethiopia’s ability to generate hydropower from the GERD while preventing the inflicting of significant harm on the water security of downstream states”.

It urges the “three countries to refrain from making any statements, or taking any action that may jeopardize the negotiation process, and urges Ethiopia to refrain from continuing to unilaterally fill the GERD reservoir”.

No date has been set for a vote on the draft resolution.

The three countries have been locked for years in inconclusive talks over the GERD, which broke ground in 2011.

The dispute centres on the speed at which a planned reservoir is filled behind the dam, the method of its annual replenishment and how much water Ethiopia will release downstream if a multiyear drought occurs. Another point of difference is how the three countries would settle any future disputes.

Egypt and Sudan want a legally binding agreement on the dam’s filling and operation, while Ethiopia insists on guidelines.

Late on Monday, Egypt said it had been notified by Ethiopia that the second phase of filling had begun at the GERD, adding that it rejected the measure as a threat to regional stability. Sudan said on Tuesday it had received the same notice.

Ethiopia had previously announced it would proceed to the second stage of filling in July, with or without a deal. It argues that adding water to the reservoir, especially during the heavy rainfalls of July and August, is a natural part of the construction.

Meanwhile, the UN on Tuesday called on the parties involved to recommit to talks, urging them to avoid any unilateral action.

UN Secretary-General Antonio Guterres backs the role of the African Union in mediating between the countries, his spokesman Stephane Dujarric told reporters in New York.

“What is also important, that there be no unilateral action that would undermine any search for solutions. So, it’s important that people recommit themselves to engage in good faith in a genuine process,” he said.

Solutions needed to be guided by example, said Dujarric.

“Solutions … have been found for others who share waterways, who share rivers, and that is based on the principle of equitable and reasonable utilization and the obligation not to cause significant harm.”

The United States State Department on Tuesday said Ethiopia’s filling of the GERD had the potential to raise tensions, as it also urged all parties to refrain from unilateral actions on the dam.

State Department spokesman Ned Price said the US called for all parties to commit themselves to a negotiated solution acceptable to all sides. 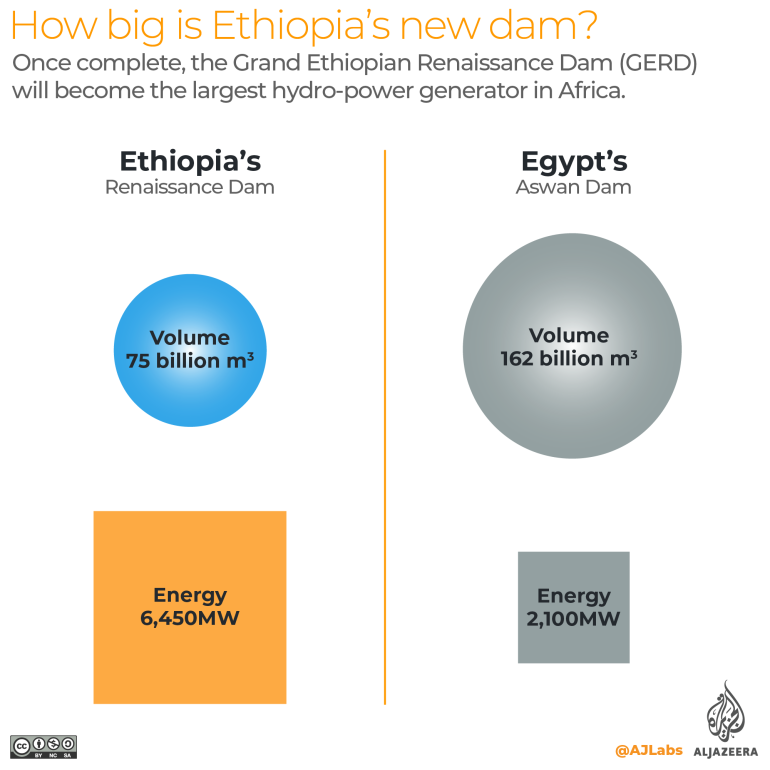 Ethiopia says GERD is essential for its economic growth, arguing that the vast majority of its population lacks electricity. The dam will generate more than 6,400 megawatts of electricity, a significant boost to the country’s current production of 4,000MW.

Egypt, the Arab world’s most populous country with more than 100 million people, depends on the Nile for almost all of its water needs. It fears that a quick fill would drastically reduce the river’s flow, with potentially severe effects on its agriculture and other sectors.

Sudan wants Ethiopia to coordinate and share data on the dam’s operation to avoid flooding and protect its own power-generating dams on the Blue Nile.

The Blue Nile meets with the White Nile in central Sudan. From there, the Nile winds northward through Egypt and flows into the Mediterranean Sea.