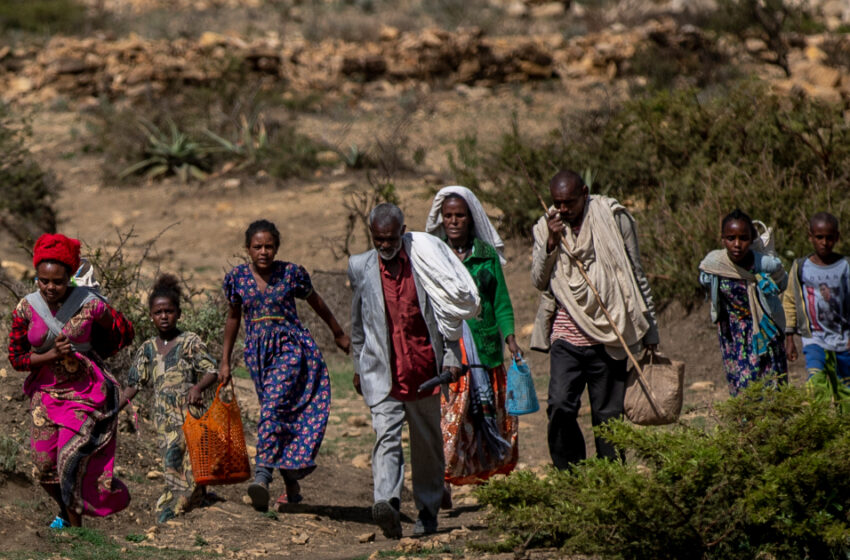 A total of 5.2 million people in Ethiopia’s war-hit Tigray region, or 91 percent of its population, need emergency food aid, the United Nations has warned.

The warning by the UN’s World Food Programme (WFP) came as it appealed for more than $200m to scale up its response in the northern region where nearly seven months of fighting has caused an increase in already high hunger levels.

“WFP is alarmed at the impact of conflict on already high levels of hunger,” spokesman Tomson Phiri told reporters in Geneva. “We are deeply concerned at the number of people we see in need of nutrition support and emergency food assistance.”

The agency said it had provided emergency aid to more than a million people since it started distribution in northwestern and southern areas of Tigray in March.

“The WFP is calling for $203m to continue to scale up its response in Tigray to save lives and livelihoods through to the end of the year.”

The TPLF, which dominated national politics for decades until Abiy came to power in 2018, said federal forces and its longtime foe Eritrea launched a “coordinated attack” against it.

Abiy, whose forces are backed by troops from Eritrea and fighters from Ethiopia’s Amhara region, declared victory in late November when the army entered the regional capital, Mekelle. Fighting and abuses, however, have continued, prompting fears of a protracted conflict with devastating effects on the civilian population.

The conflict is estimated to have killed thousands of people, if not more, with almost two million forced from their homes.

In May, World Health Organization chief Tedros Adhanom Ghebreyesus, who is from Tigray, described the situation in the region as “very horrific“, with “many people” dying “because of hunger”.

“There is a serious risk of famine if assistance is not scaled up in the next two months,” wrote Mark Lowcock, the UN’s top emergency relief coordinator.

He estimated that “over 90 percent of the harvest was lost due to looting, burning, or other destruction, and that 80 percent of the livestock in the region were looted or slaughtered”.

The WFP said the instability was undermining the efforts of humanitarian workers to reach vulnerable communities in Tigray, especially in rural areas.

“A ceasefire and unimpeded access are vital for WFP and all its partners in Tigray to reach all areas and all people desperately in need of life-saving support,” Phiri said.

Moreover, he warned that the agency was witnessing growing levels of malnourishment among women and children.

It found that almost half of pregnant or breastfeeding mothers in 53 villages were either moderately or acutely malnourished, while almost a quarter of all children screened were found to be malnourished.

“Almost every party in the conflict has been accused of stopping aid from getting to the people who need it most,” he added.

“Most blame has so far been reserved for Eritrean forces, who, aid workers say, have been performing mass killings, and atrocities such as rape and sexual violence.”

Adow also said the beginning of the conflict in Tigray “coincided with the harvest season last year, [with] many people unable to harvest their crops because of the raging conflict.

“And right now, aid workers are saying a severe infestation of locusts is threatening the current harvest.”

Eritrean troops have been implicated in multiple massacres and other atrocities during the Tigray conflict, allegations that Asmara denies.

An Ethiopian aid worker died after being struck by a stray bullet in the region, his Italian employer said on Monday, the ninth such death in the conflict there.

The Ethiopian government in Addis Ababa has said it is committed to investigating human rights abuses and that it has granted “full and unhindered” access for aid workers.

In a series of Twitter posts last week, the foreign ministry blamed the TPLF in part for aid disruptions.

“Remnants” of the group have “killed humanitarian workers, truck drivers and looted food and non-food items that were about to be delivered to the people who need support”, the ministry said.