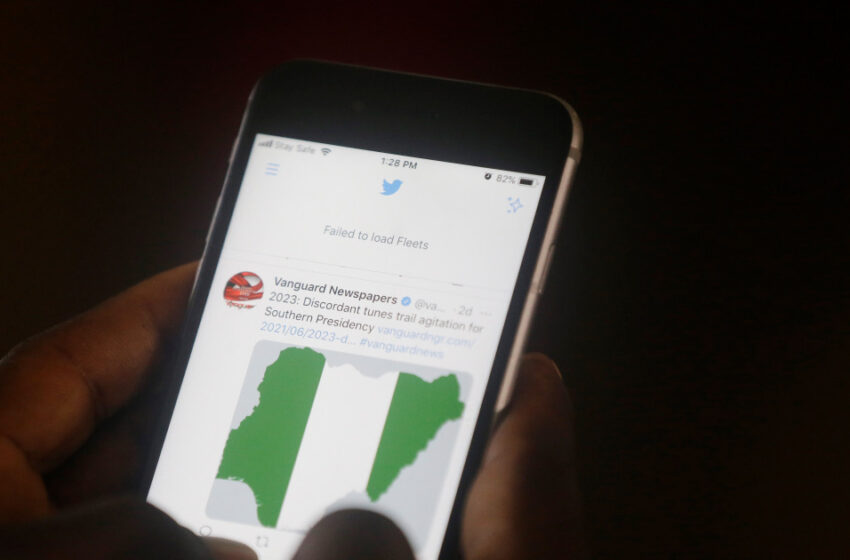 Dozens of Nigerians and a local rights group have filed a lawsuit at a regional court seeking to lift the government’s ban on Twitter, describing the decision to suspend the hugely popular social media platform’s operations as an attempt to silence criticism of the government.

Authorities announced the ban on Friday, two days after Twitter removed a post from President Muhammadu Buhari that threatened to punish regional secessionists.

The government’s move prompted an immediate backlash among social media users and human rights activists, with #NigeriaTwitterBan and #KeepitOn trending on the platform as Nigerians used virtual private networks to access the site. The government has said those who continued to use Twitter would be prosecuted.

On Tuesday, the Socio-Economic Rights and Accountability Project (SERAP), a local rights group, and 176 Nigerians filed the lawsuit at the Economic Community of West African States Community Court of Justice in Nigeria’s capital, Abuja, calling for an interim injunction restraining government from implementing the ban.

“The suspension of Twitter is aimed at intimidating and stopping Nigerians from using Twitter to assess government policies, expose corruption, and criticize acts of official impunity by the agents of the Federal Government,” the suit read, according to the group.

BREAKING: SERAP and 176 concerned Nigerians have asked the ECOWAS Court of Justice, Abuja to order an injunction restraining the government of President Buhari from implementing unlawful suspension of Twitter in Nigeria and criminalising Nigerians and other people using Twitter.

Kolawole Oluwadare, SERAP’s deputy director, said the ban “negatively impacted millions of Nigerians who carry on their daily businesses and operational activities on Twitter,” calling it “final proof of shrinking civil space in Nigeria and the intention of government to stifle any dissenting voice”.

In 2021, Nigeria ranked 120th out of 180 countries in the Reporters Without Borders (RSF) World Press Freedom Index.

Africa’s most populous country has been celebrated as one of the few on the continent attracting investment into its tech ecosystem but was recently shunned when Twitter chose neighbouring Ghana for its first African headquarters.

Gbenga Sesan, executive director of the Paradigm Initiative, a pan-African social enterprise working on digital inclusion and rights, told Al Jazeera the suspension of Twitter sent the wrong signal to foreign investors, adding that small businesses using Twitter as a source of livelihood in Nigeria would be affected.

“Businesses in Nigeria use digital media to reach customers, expose their brands and communicate with various stakeholders. That will definitely be affected by this erratic decision,” he said.

Information minister Lai Mohammed told the Thomson Reuters Foundation that the suspension had nothing to do with Buhari’s tweet being deleted, but rather with “separatists inciting violence” online.

“Regulating social media is not about stifling press freedom. All we are talking about is the responsible use of these platforms,” said Mohammed, adding that Facebook, WhatsApp and YouTube were still accessible.

Nigeria joined countries such as China, North Korea and Iran in issuing a ban on Twitter, while Uganda, Turkey and Egypt have suspended the app during elections or political unrest.

The United States-based company said in a statement that it was “deeply concerned” as access to the internet was “an essential human right in modern society” and it “will work to restore access for all those in Nigeria who rely on Twitter to communicate”.