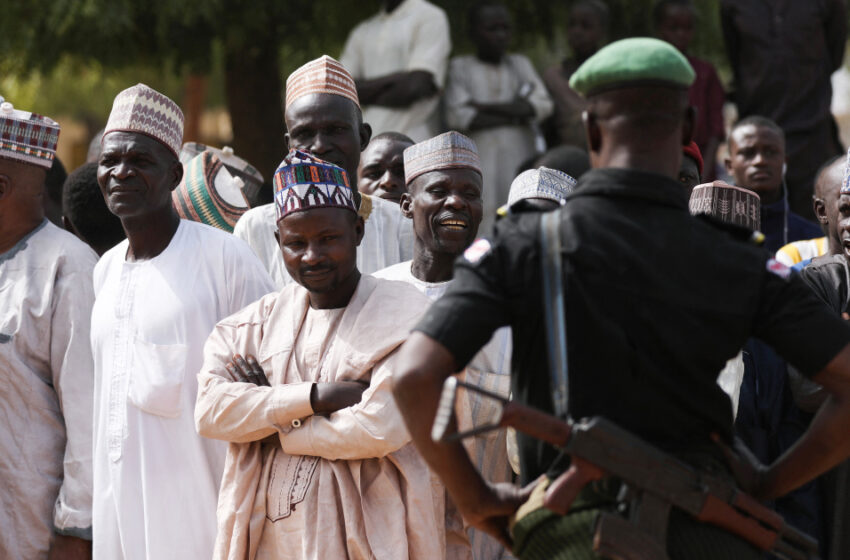 Gunmen seized at least 136 students from an Islamic school in Tegina town in Niger state.

Parents have converged on an Islamic school in Nigeria’s Niger state, pleading to authorities to step up efforts to save tens of students kidnapped by gunmen.

In the latest school kidnapping to hit northern Nigeria, at least 136 students were seized on Sunday from Salihu Tanko Islamic School in the town of Tegina, according to the owner of the school.

A Niger state police spokesperson said the kidnapping was carried out by “armed bandits on board motorcycles in their numbers”. The gunmen fired “indiscriminately and abducted a yet to be ascertained number of children”, he said, adding that the gunmen shot one person dead in the process.

Authorities said “tactical teams” have been mobilised to rescue the students, while a fighter jet was also flying over the area to try to spot the kidnappers and the abductees.

“We want them (authorities) to do more,” said Mohammed Garba, the father of an abducted student while waiting for news about his child outside the school.

Police confirmed that a large number of students were abducted and one person was killed but did not release exact numbers.

“We don’t pay ransom to abductors. We are trying to negotiate to see how we can bring them back safely,” Ketso told reporters, adding that police officers have been posted at schools in the region as a stepped-up security measure.

Since December 2020, gangs of so-called bandits seeking lucrative ransom have kidnapped more than 700 students during raids on boarding schools and other educational facilities across northern Nigeria in several incidents.

Authorities regularly deny paying ransom but experts agree that the growing instances of mass abduction of boys and girls in the region are an offshoot of a booming kidnapping-for-ransom criminal enterprise that has become one of Nigeria’s main security challenges.

On Saturday, 14 students from a university in northwestern Nigeria were freed, after having spent 40 days in captivity.

“Schools have been targeted all over the northwest and northcentral parts of the country because they provide an easy target,” said Al Jazeera’s Ahmed Idris, reporting from the capital, Abuja.

“There is less security there, and attackers have the opportunity to seize a lot of people,” he added. “They know that negotiating with the government will result in either amnesty or ransom being paid. A lot of people believe that – despite government denials – a lot of money is being exchanged for the freedom of those abducted.”

At least $18.34m was paid to kidnappers as ransom – mostly by families and the government – between June 2011 and March 2020, according to a report by SB Morgen (SBM) Intelligence, a Lagos-based political risk analysis firm.

Human rights group Save the Children urged the government to step up its action to prevent mass abductions of children.

“Now the insecurity and attacks on schools have increased the out-of-school children especially in the Northern part of the country,” the group said on Twitter.

“We need the government and security agencies to do their best to ensure children are protected from being attacked,” it added.