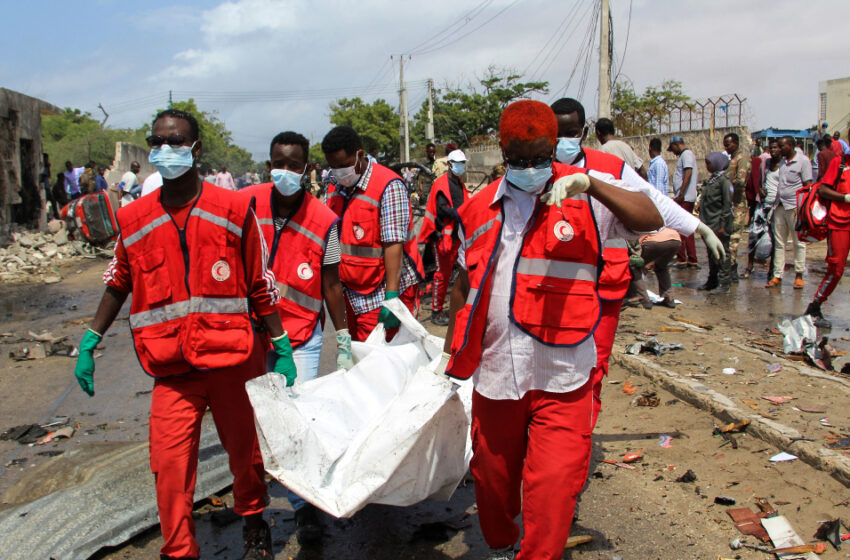 A top Somali police chief has survived an assassination bid by Al-Shabab rebel fighters in a powerful car bomb blast in Mogadishu that left five people dead and a trail of destruction.

The blast tore through walls near the busy road, ripping off roof panels and leaving the area littered with shells of charred cars.

Dudishe said five people died and nine others were wounded but the police commander – who headed the force in the Benadir region that encompasses Mogadishu – survived unscathed.

“The objective of the terrorists was to get rid of the targeted police commander, other officers with him and any other civilian bystanders,” he said.

Mohamud – who had previously led a special police unit carrying out anti-Shabaab operations – was in April promoted to the rank of general and nominated as the overall commander of police in Benadir.

In a statement, Al-Shabab said the blast killed and wounded a “large number” of the police chief’s guards and destroyed multiple vehicles.

Mire Adan, who was a few metres from the scene, said the explosion “caused huge devastation and casualties of both police and civilians”.

“The whole area is messed up with smoke as the blast caused fire and I saw several dead bodies most of them civilians,” said another witness Osman Adan.

Tuk-tuk driver Muktar Ganey said he narrowly missed Saturday’s blast because he was held up in traffic.

“I was transporting some clients to a shop close to the busy intersection when the blast occurred. I was very lucky that I was delayed in the traffic jam a few minutes before it occurred. Otherwise, I would be dead or wounded by now,” said Ganey.

Al-Shabab, which used to control parts of Mogadishu, was pushed out of the seaside capital in 2011 by Somali troops backed by African Union soldiers.

The group still control parts of the rural areas in south and central Somalia and carries out frequent attacks in Mogadishu.