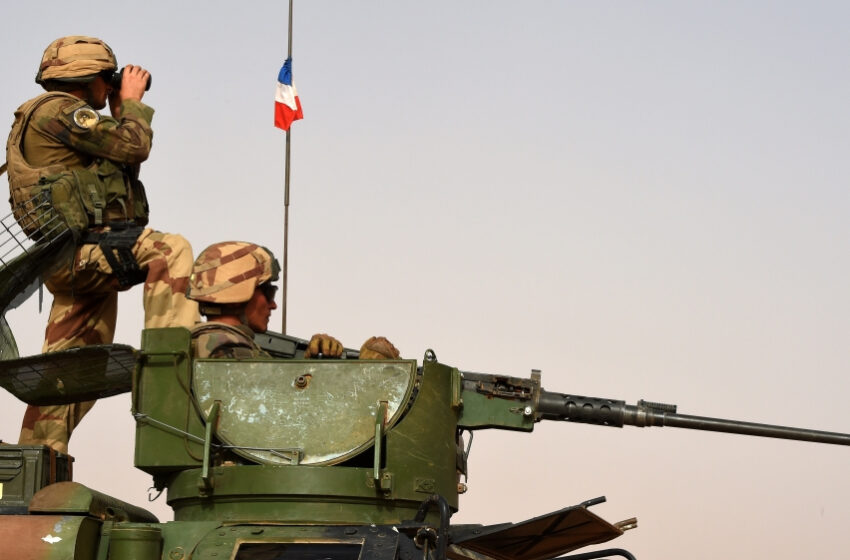 President Emmanuel Macron has said France’s military operation in the violence-hit Sahel region of West Africa will no longer exist in its current form, adding that it will be replaced by another mission of French troops that will further rely on other partners.

“The time has come; the continuation of our commitment in the Sahel will not be in the same way,” Macron told a wide-ranging news conference on Thursday, announcing a “profound transformation” of his country’s military presence in the region – but providing few details.

France currently has about 5,100 soldiers deployed across the semi-arid strip on the southern edge of the Sahara Desert as part of its Operation Barkhane, whose headquarters are in the Chadian capital, N’Djamena.

Its forces are mostly focused on tackling armed groups in Burkina Faso, Chad and Niger. Last week, France suspended its joint military operations with Malian forces and stopped providing defence advice in the wake of the second coup in the country nine months. Paris cited the new military government’s failure to give guarantees to hold free elections for its decision.

“We will make a drawdown in an organised way,” Macron told reporters, adding that details, including on the number of soldiers France is keeping in the region, will be finalised by the end of June.

“We will have to hold a dialogue with our African and European partners. We will keep a counterterrorism pillar with special forces with several hundred forces … and there will be a second pillar that will be cooperation, and which we will reinforce.”

Al Jazeera’s Natacha Butler, reporting from Paris, said the timing of the comments was significant, pointing to last month’s coup in Mali and a meeting next week of NATO allies in Brussels, as well as the upcoming French election.

“Operation Barkhane and its presence in the Sahel has become increasingly unpopular in France,” she said. “More than 50 [French] soldiers have died since 2013 and therefore there’s no doubt that Emmanuel Macron is very aware that the French public opinion is turning against it.”

The announcement came after Macron in February – during a virtual summit with the leaders of the so-called G5 Sahel countries Burkina Faso, Chad, Mali, Mauritania and Niger – had expressed his intention to reduce within months French troop numbers.

At the time, Macron’s G5 counterparts had warned him against the dangers of a rapid pullout.

The conflict in the western portion of the Sahel largely between state forces and armed groups linked to ISIL (ISIS) and al-Qaeda has ravaged much of the region over the past decade, sparking a major humanitarian crisis.

Almost 7,000 people died due to the worsening fighting last year, according to data by the Armed Conflict and Location Event Data Project. In late January, the United Nations warned the “unrelenting violence” had internally displaced more than two million people, up from 490,000 at the start of 2019.

Last year, the French government had boosted its Barkhane troop numbers by 600.

France’s years-long military engagement has prompted sporadic protests in Mali and other countries, with demonstrators alleging that it its presence contributing to the worsening of the crisis.

In March, the United Nations reported that a French air attack in central Mali earlier this year had killed 19 civilians at a wedding party. France denied the UN’s findings, maintaining that its forces had struck an “armed terrorist group” near the village of Bounti, while Macron has frequently condemned the animosity towards France, the former colonial power in the region.

Before Thursday’s news conference, reports citing military and diplomatic sources had indicated that an “adjustment” in the French presence would depend on the involvement of other European countries in the Takuba Task Force fighting armed groups in the Sahel alongside the Malian and Nigerien armies. Those forces have ramped up in recent months.