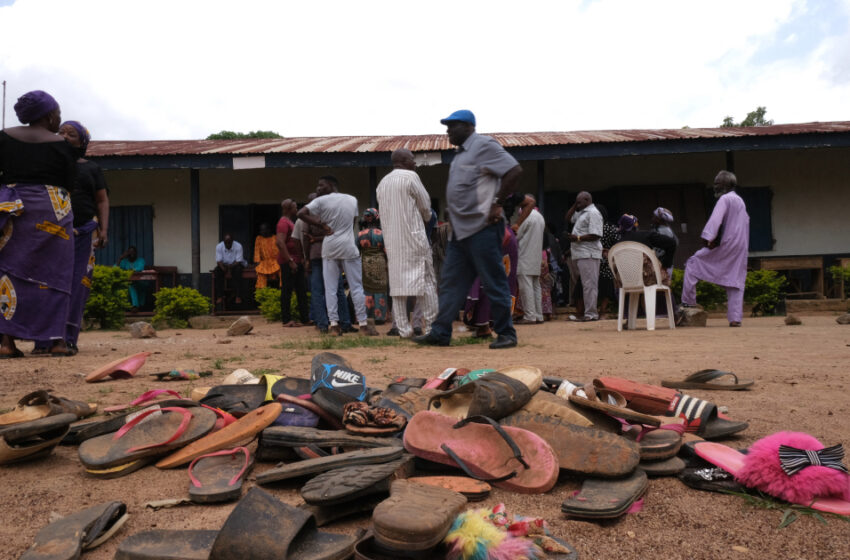 Gunmen who seized 121 students at a high school in northwestern Nigeria in early July have released another 28 teenagers, a school official said.

The attackers stormed Bethel Baptist High School in northwestern Kaduna State on July 5, abducting students who were sleeping in their dorms.

The kidnapping was the latest by heavily-armed gangs, known locally as bandits, who have long plagued northwest and central Nigeria by looting, stealing cattle and abducting for ransom, but have lately targeted schools and colleges.

Joseph Hayab, one of the senior officials at Bethel Baptist High School, told AFP news agency on Sunday that 28 students had been released and were reunited with their parents.

“The bandits released them yesterday (Saturday) and we were able to send out church buses to go to where the captors dropped them to pick them up,” he said.

Kaduna State police were not immediately available for comment when contacted by AFP. Hayab said 34 children were now free, while 87 were still being held.

“Five children escaped on July 21 but only two were found by the police. The other three made it to the school on their own,” he said.

“They escaped from the bandits when they were sent to collect firewood for cooking.

“The bandits released a student two weeks ago on health grounds.”

After the kidnapping, the gang asked the school for food and a ransom to free the hostages.

“As a leader, I will be lying if I say there was no money involved but I will not be able to tell you how much was given,” Hayab said.

“The most important thing now is to get all the remaining children released.”

Radika Bivan, a parent whose daughter is among those kidnapped confirmed that 28 of them were released but said she did not see her child among them.

Kaduna authorities had ordered the closure of the school and 12 others in the area following the kidnapping, without saying when they may reopen.

About 1,000 students and pupils have been abducted across Nigeria since December. Most have been released after negotiations with local officials, although some are still being held.

President Muhammadu Buhari, who is under fire for growing insecurity in the country, has ordered the security forces to ensure the safe and early release of all kidnap victims.