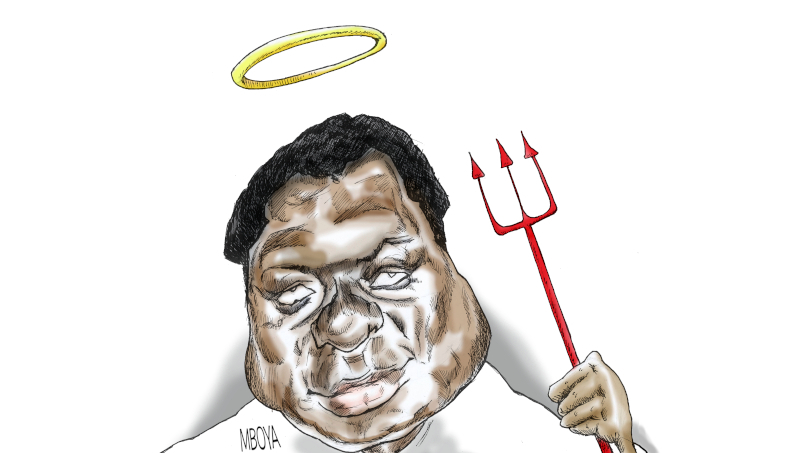 Fifty-two years ago, the country experienced a terrible tragedy – the assassination of Tom Mboya, the 38-year-old minister for economic planning and development. Even at that young age, Mboya was already a living legend in Kenya and beyond. In his 20s, he had been one of Africa’s top anti-colonial leaders and had helped build and organise the trade union movement across the continent. In his 30s, he participated in negotiating Kenya’s independence and did much to determine the future course the country would take. On July 5, 1969, he was murdered by the state he had built and served.

Cut down in his prime, the ambitious Mboya left behind a mixed legacy, one that the country is still coming to terms with. His combination of personal brilliance, charm and oratory skill are unmatched in Kenyan political history and the opportunities he opened up for a generation of Kenyans to study in the United States gifted that country its first Black president and gave Kenya its first Nobel Peace Prize laureate.

However, as Kenya’s first minister of justice and constitutional affairs, he was also largely responsible for the mutilation of the independence constitution, bringing to Parliament amendments that created the very monster that would eventually devour not just him, but thousands of his countrymen as well.

The amendments concentrated power in the person of the president, watered down and eventually abolished decentralised regional governments and turned the judiciary and legislature into little more than departments of the executive. Less than three months before he was murdered, Parliament consolidated all his changes and those proposed by his successors and proclaimed a new constitution in which an imperial president – Jomo Kenyatta – ruled unchecked. It was this president, with whom he had by then lost favour, who would greenlight Mboya’s killing.

Even before independence, Mboya had “made it clear that he had no time for … critics of [the governing party] KANU. He ordered newspapers banned because they did not give Kenyatta prominence and he threatened to curb freedoms of speech and press after December 12, 1963. He warned the opposition that it would face ‘the full rigour of the law’ if, as he said, it served ‘no useful purpose and is a luxury we are not going to tolerate. We can not afford it.’”

It was said he was the impetus behind the one-party state that would become a millstone around Kenyans’ necks, having adopted the idea from Ghana’s Kwame Nkrumah and brought it to Kenya “in his briefcase”.

Which brings us to the second anniversary.

Twenty-one years almost to the day after Mboya was assassinated, on July 7, 1990, christened Saba Saba (7/7) Day, at least 39 people were killed, 69 injured, and more than 5,000 arrested in what was to herald a 20-year campaign of defiance to undo the state he had helped set up. The occasion was a public rally called to demand a return to the multiparty politics of Mboya’s day and the violent response from that state did little to temper the momentum for change.

The reverberations of that day set off waves of mass protests and civil disobedience that grew into a tsunami, sweeping KANU out of power 12 years later and culminating, in 2010, in the adoption of a new constitution which undid many of Mboya’s amendments.

This year, the two anniversaries are particularly noteworthy, coming just days after the conclusion of oral arguments in the Kenyan government’s appeal against a High Court ruling which had blocked its own attempts to change the constitution. Drawing lessons from the misfortune that befell the independence constitution at the hands of Mboya and those who followed him, the judges, in essence, ruled that President Uhuru Kenyatta, and his rival-turned-BFF, Raila Odinga, could not do the same to the 2010 document via their much-touted Building Bridges Initiative.

The Court of Appeal’s verdict on whether to uphold that ruling will be delivered in about seven weeks. As history has shown, the stakes for Kenya could not be higher and lives could literally hang in the balance. But in another sense, even if it wins this battle, the government has already lost the war. The High Court ruling “has already changed what people think is possible”, says Kenyan writer and public policy adviser Marilyn Kamuru. “Even if it is overturned on appeal, that moment is not overturned.”

The moment is similar to the historic Supreme Court annulment of Kenyatta’s win in the presidential election four years ago. Despite the campaign of intimidation and the sham election that followed and reinstalled him, the people had seen what the constitution they had fought for made possible and would not unsee it. The impacts reverberated beyond Kenya’s borders. It is unlikely, for example, that the constitutional court in Malawi would have last year similarly annulled the re-election of President Peter Mutharika.

The Kenyan state is not overly fond of commemorating either Mboya’s killing or Saba Saba. None of them is a public holiday or attracts official acknowledgement and it was not until 42 years after his death that a statue was erected in Mboya’s honour, metres from where he was shot.

However, it is heartening that common Kenyans still take time to remember and rare is the Saba Saba Day when the state is not forced to reprise its role of the oppressor by sending police to use tear gas and brutalise peaceful protesters just as it did 31 years ago.

At this time, when the state threatens a return to the dark days of unbridled dictatorship, it is important that Kenyans keep reminding themselves that freedom is always the product of struggle, a large part of which is the struggle to preserve memory.