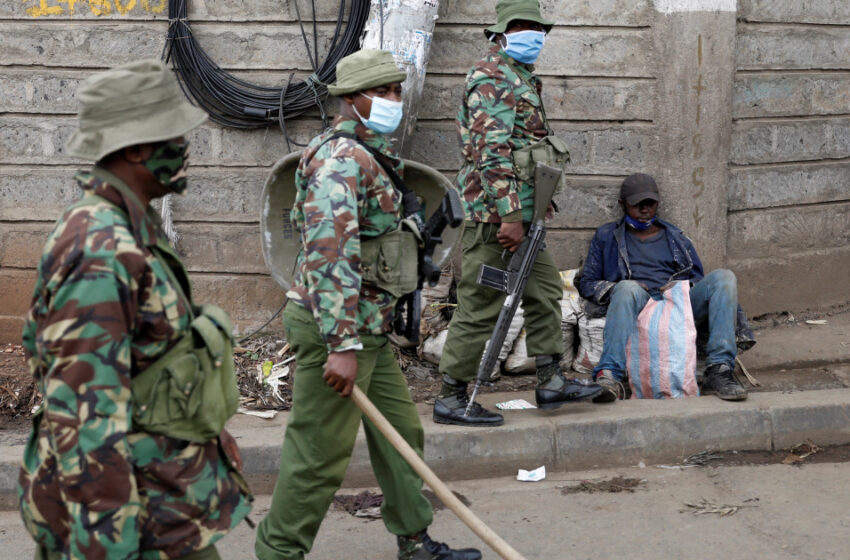 Violence broke out after the bodies of brothers, arrested on the charge of breaking COVID curfew, were discovered.

One person died when police opened fire in central Kenya to disperse a protest held over the death of two brothers arrested for allegedly breaking a COVID curfew, police said.

Violence broke out after the Kenyan police announced an investigation into the deaths in custody of 22-year-old Benson Njiru Ndwiga and 19-year-old Emmanuel Mutura Ndigwa.

The brothers were last seen on Sunday evening when they were picked up by police for allegedly being outdoors beyond the 10pm curfew.

Their bodies were discovered two days later by family members at the local morgue, according to rights groups.

Their deaths sparked protests in Embu, where police used live rounds on Thursday to disperse crowds blocking roads for a second day.

Two brothers, allegedly arrested past curfew hours, have been found dead in Embu.

Benson Njiru Ndwiga ,22, and Emmanuel Mutura Ndwiga,19, who had been missing since Sunday last week were found lying in Embu mortuary.

The Independent Policing Oversight Authority (IPOA) said it had deployed investigators to Embu to fast-track an inquiry into the deaths.

“The Authority also discourages members of the public from taking the law into their hands by attacking the police … IPOA calls for public calmness and restraint,” the police watchdog said.

The promise of a swift inquiry was welcomed by rights groups, which said a “twin pandemic” of police violence had accompanied the nationwide COVID curfew since its enforcement began in March last year.

“We sadly note that this is not the first death arising out of police enforcement of COVID-19 measures,” the Police Reforms Working Group, a coalition of civil society groups, said.

Activists have reported 25 cases of extrajudicial killings linked to COVID control measures, according to the statement which is signed, among other groups, by Amnesty International and Transparency International.

Kenyan civil society groups recorded 166 police killings in 2020, the most since data collection began in 2007.

IPOA was established by parliament in 2011 to provide civilian oversight of a powerful institution whose reputation also ranks among Kenya’s most corrupt.

But of the roughly 6,300 cases of police misconduct IPOA has investigated from its inception to June 2020, just eight officers had been convicted, according to the authority’s latest data.