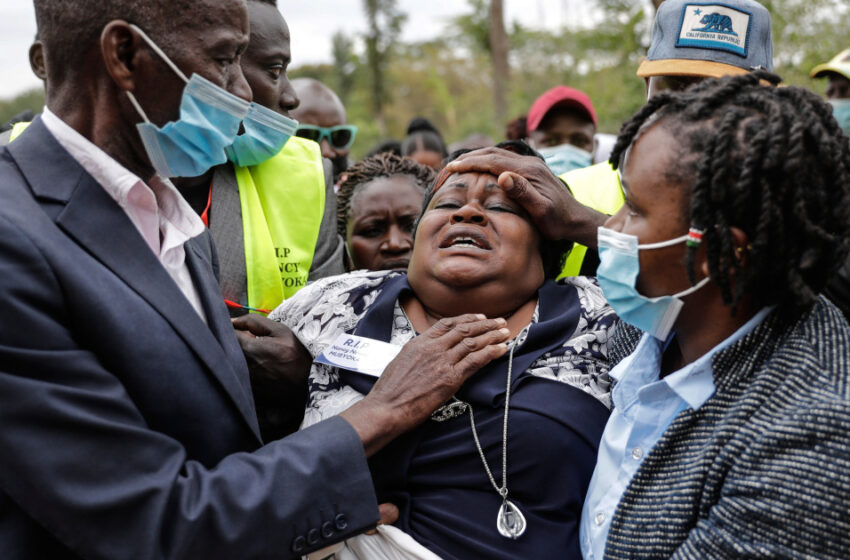 Hospitals becoming overwhelmed as East African country witnesses a jump in cases from the Delta variant.

Kenya said it is extending a nighttime curfew and banning public gatherings and in-person meetings to slow the spread of the coronavirus, warning that hospitals are becoming overwhelmed.

The East African country has in recent days witnessed a jump in cases from the Delta variant, with a positivity rate of 14 percent as of Friday compared with about seven percent last month.

“All public gatherings and in-person meetings of whatever nature are suspended countrywide. In this regard, all government, including intergovernmental meetings and conferences, should henceforth be converted to either virtual or postponed in the coming 30 days,” Health Minister Mutahi Kagwe said in a televised address on Friday.

He said the positivity rate was at risk of rising further unless serious measures were taken.

“We continue to implore all Kenyans, including those who have received their COVID-19 vaccines, not to let their guard down,” Kagwe said after a meeting of the National Emergency Response Committee on Coronavirus.

“We are all responsible (for) bringing the cases down,” he said.

Religious gatherings will still be allowed, but limited to a third of the venue’s capacity.

Kenya has been under some form of curfew since March last year when the pandemic first hit, and Kagwe said it will be extended nationwide from 10pm to 4am local time until further notice.

Kagwe said at the press conference that hospitals were being put under strain by the increased infections and urged the public to obey the health measures to stay safe.

“If you fall sick today, you will not get a hospital bed,” Kagwe said, adding that efforts were being made to increase the number of intensive care beds.

“I am not scaring you, I am telling you the reality.”

Like many of its neighbours, Kenya took swift action against COVID-19 at the onset of the pandemic, restricting movement and closing borders and schools.

But the number of infections has been rising daily as politicians, one year away from a general election, host huge rallies across the country.

The rollout of vaccines has been slow in Kenya, as in many parts of the developing world, partly due to the lack of supply.

It is expecting to start receiving more vaccines from next week, comprising 700,000 AstraZeneca shots from the United Kingdom, Greece and Latvia.

The health ministry has said it will also receive 1.76 million doses of the vaccine developed by Pfizer and BioNTech, starting two weeks from now, once storage facilities to handle them are in place.