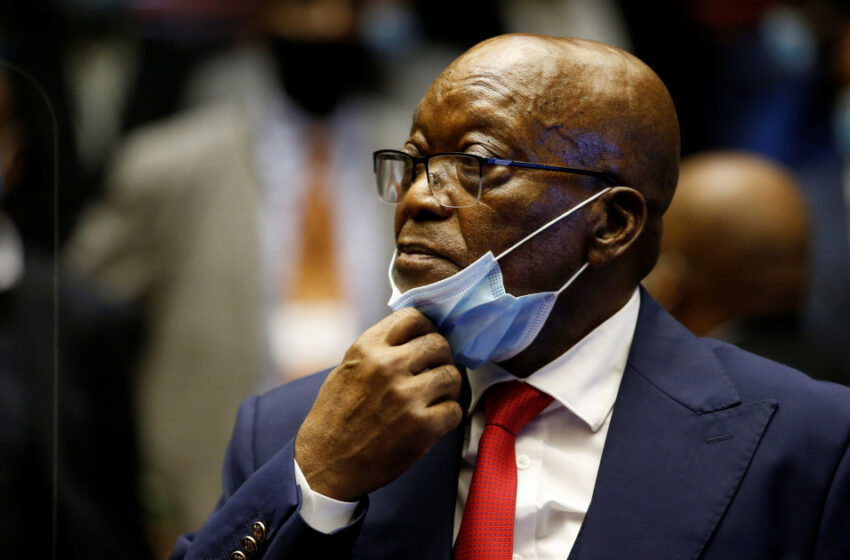 The former South African president faces multiple charges relating to an arms deal in 1999 when he was deputy president.

South Africa’s former President Jacob Zuma has pleaded not guilty to corruption, fraud, racketeering and money laundering charges relating to a 1999 arms deal when he was deputy president.

Zuma has repeatedly rejected the charges and says he is the victim of a politically motivated witch-hunt by his opponents.

“I plead not guilty,” he said on Wednesday after the prosecutor read the charges out in court.

Zuma, who also faces a separate inquiry into corruption during his time as president from 2009 to 2018, is accused of accepting 500,000 rand ($34,000) annually from French arms company Thales, in exchange for protecting the company from an investigation into the $2bn deal.

Zuma’s defence team is calling for the recusal of state prosecutor Billy Downer on the grounds that he has “no title to prosecute”. The prosecution requested more time to respond, so it will not be dealt with on Wednesday but rather on July 19, said the presiding judge.

“Jacob Zuma is arguing that the lead prosecutor is not impartial, is not independent and this would jeopardise the prospects of a fair trial,” Al Jazeera’s Fahmida Miller, reporting from Johannesburg, said.

She added that South Africans were bracing for “a very lengthy process, one that is likely to take months, if not years”.

The National Prosecuting Authority (NPA) initially filed the charges against Zuma a decade ago but set them aside shortly before he successfully ran for president in 2009. Following appeals and lobbying by opposition parties, the NPA reinstated the charges in March 2018, a month after the ruling African National Congress (ANC) party forced him out of office.

Thales was known as Thomson-CSF at the time of the deal. It has said it had no knowledge of any transgressions by any of its employees in relation to the award of the contracts. Its representative in court also pleaded not guilty to the racketeering, corruption and money laundering charges the company faced.