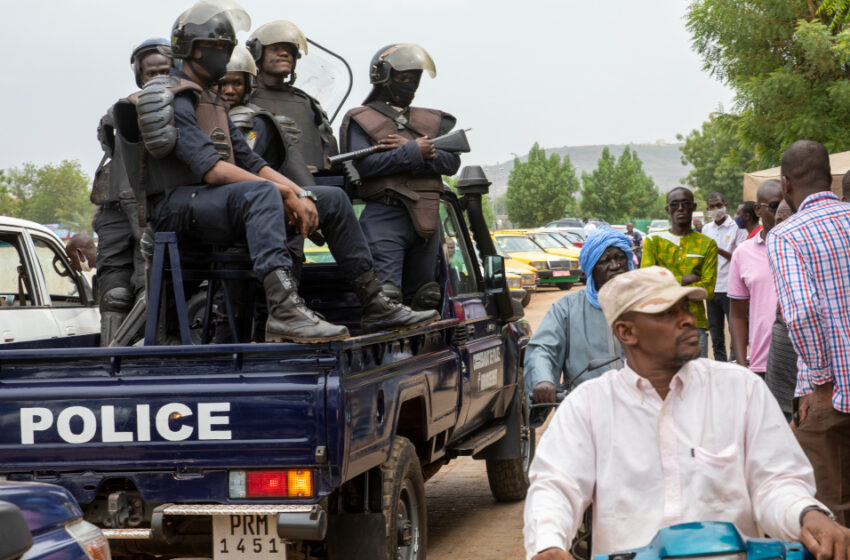 In June 2015, warring parties in Mali signed a peace agreement meant to bring stability to the beleaguered nation.

Yet in May, the country experienced its second coup in nine months. Weeks earlier, a former rebel leader who had been part of the peace process was assassinated. Violent groups, including those linked to al-Qaeda and ISIL (ISIS), frequently unleash attacks in north, central, and eastern Mali, and their presence is spreading into the country’s south and across borders. Meanwhile, France has announced the drawdown of Operation Barkhane, its anti-terror effort in Mali and the Sahel.

As the United Nations Security Council prepares to vote later this month on whether to extend the UN peacekeeping mission there, it is time for a reality check about the effectiveness of current international support for the country’s peace process.

Mali needs more hands-on help from the international community to overcome entrenched obstacles to peace, and it needs it now.

Figuring out what to do next should start with an examination of how the 2015 peace agreement has – and has not – been implemented. Signed following the country’s 2012 civil war, the agreement was supposed to rebuild a unified national army and decentralise political power and decision-making, paving the way for a more stable, secure Mali. But the process of translating the agreement into reality is gridlocked and, amid the political turmoil in Bamako, prospects for implementation are fading.

As the official Independent Observer of the implementation of the peace agreement, The Carter Center has first-hand insight into why the agreement has been so difficult to fulfil as well as what can realistically be achieved, which we have detailed in our reports.

While the 2015 agreement is far from perfect, it holds the core features necessary to resolve the grievances at the root of Mali’s multiple civil wars since independence. In principle, the signatories – both the pre- and post-coup governments, as well as the Platform and the Coordination of Azawad Movements (or CMA) – still support it. The international community, which pushed hard for the agreement and committed to support implementation, now should focus on urgent measures to break the gridlock and keep this important pillar of peace in Mali and potential bulwark against violent contagion in the region from falling by the wayside.

First, the coalition of countries that brokered the agreement should launch a renewed, high-level diplomatic effort, backed by international senior military advisers, to work with the government, the CMA, and the Platform to develop a blueprint for a unified national army.

The army’s inability to secure northern Mali and apparent reluctance to integrate CMA and platform ex-combatants, as prescribed by the peace agreement, have created a security vacuum in the north.

Left out of the national army, the armed groups consolidated a new, parallel security alliance. The alliance insists that it is responding to hard local realities – the need to protect communities against violent groups and hooligans and create a safe space for public services. But it is also an emerging rival to Mali’s national defence and security forces and has at times appeared resistant to integrating its combatants and weaponry into national forces. Alliance members also have a chequered history of relations with violent groups.

The integration of armed groups into national forces is a prerequisite for sustainable peace, while the creation of a unified national army would strengthen Mali’s ability to address threats from violent hardline and organised crime groups. After six years of half-steps, it is time for all sides to agree on the structure and makeup of the unified army and to begin to put it in place.

Second, Mali’s neighbours, who are increasingly threatened by the country’s metastasising violence, should play a more prominent role in spearheading efforts to overcome specific roadblocks to the agreement’s implementation and in addressing shared vulnerabilities.

After the coup in August 2020 and again following the recent coup, the African Union and the Economic Community of West African States responded with determination, pressing for a return to civilian rule. Concerted encouragement and pressure by Mali’s neighbours are just as necessary to help the signatories break through on long-stalled power-sharing, justice, and economic development provisions in the agreement, many of which are core demands of the armed groups and have remained largely unaddressed by the succession of national governments.

Finally, Mali’s partners need to push the signatories to explain the agreement’s potential benefits to the public and to understand citizens’ perspectives on it. Many Malians distrust, misunderstand, or oppose the peace agreement because they have not seen results from it and because political actors have largely mischaracterised it. Tentative outreach efforts have begun, but more is needed, including town halls, listening sessions, and radio campaigns, which could be supported by the international community. With access to information, public apprehensions should diminish, and accountability improve.

A fundamental change of course is needed for Mali’s peace agreement to remain viable. Mali’s international partners have long seen themselves in a supporting role in the peace process, assuming the government could take responsible, corrective action to address the country’s problems. The recent coup d’état calls into question that assumption and underlines that the Malian parties need renewed, focused international support to fulfil the promise of the agreement and address the issues at the core of the violence that has plagued the country since 2012.

Reinvigorated, decisive action by the agreement’s international supporters could provide the support the Malian parties need to move forward. Short of such action, the 2015 agreement will continue to wither and the prospects for sustainable peace in Mali – and the region – recede.