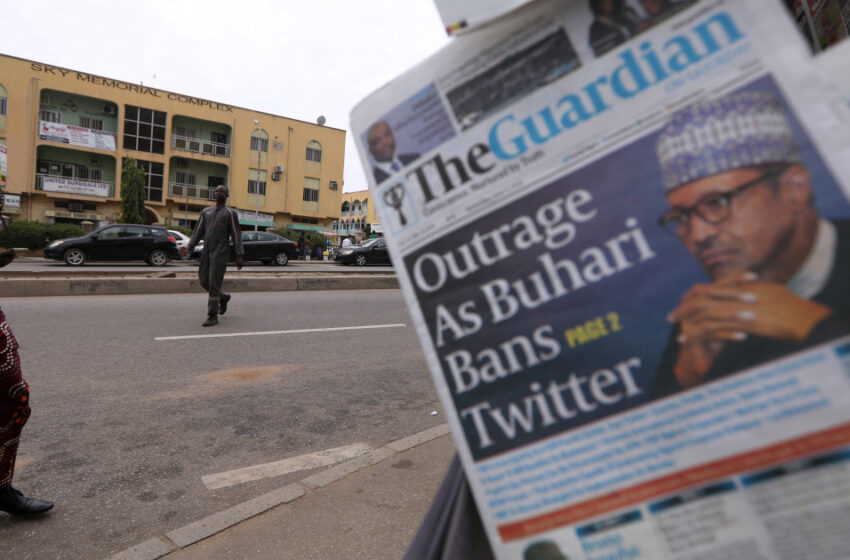 Lagos, Nigeria – Emmanuel Alumona, a Lagos-based front-end developer, realised early on Saturday that he could not access Twitter on his phone.

A day earlier, the Nigerian government announced the suspension of Twitter’s operations in the country indefinitely over “the persistent use of the platform for activities that we capable of undermining Nigeria’s corporate existence”.

The suspension in Africa’s most populous country came two days after the social media giant deleted a tweet from President Muhammadu Buhari’s account for violating its rules.

“I thought it [Twitter’s suspension] was a joke,” said 24-year-old Alumona, who now uses Twitter through a VPN.

“I didn’t expect the government to go so low. Twitter is like my newspaper. Whenever I want to check what’s happening in the country, I refresh my timeline. Sadly, when I woke up on Saturday, my homepage wasn’t loading,” Alumona told Al Jazeera.

The ban on Twitter – a platform that helped the ruling party to victory in the 2015 presidential election – is part of the government’s plan to regulate social media.

A National Council on Information (NCI) was set up soon after and recommended that a council be set up to regulate the use of social media.

Good morning, I know we are already adapting but more will come and would we keep adapting until our rights are completely ruled out ? #Keepiton pic.twitter.com/CME9taXzvE

In 2019, the information minister supported an anti-social-media bill titled: Protections from Internet Falsehood and Manipulations, sponsored by Senator Mohammed Sani Musa of the ruling APC party.

The government also ordered internet services including WhatsApp, Zoom, Netflix, Skype, to obtain licenses from the National Broadcasting Commission before operating in the country.

“They are showing that they are prepared to clamp down on democratic freedom. The next two years are going to be difficult.”

In 2015, President Buhari, who imprisoned hundreds of people after taking power in a 1983 coup, used social media as part of a campaign strategy that portrayed him as a “converted democrat” in his fourth attempt at the presidency.

Buhari was overthrown in another coup in 1985 before being elected president in 2015.

Analysts say Buhari’s administration is reminiscent of his 1984 military regime. He imposed draconian legislation that allowed the government to imprison any journalist or civil society member guilty of “embarrassing” the country’s military leader.

Under his administration, several journalists have been imprisoned or charged with treason.

In 2021, Nigeria ranked 120th out of 180 countries in the Reporters Without Borders (RSF) World Press Freedom Index.

Nigeria has been celebrated as one of the few African countries attracting investment into its tech ecosystem but was recently shunned when Twitter chose neighbouring Ghana for its first African headquarters.

Twitter’s decision to choose Ghana over Nigeria was evident in a statement where the organisation described Ghana “as a champion for democracy, a supporter of free speech, online freedom, and the Open Internet”.

“It’s not even been two months that Twitter opened its Ghanaian headquarters and they have been proven right,” said MacEbong.

“This ban will keep investors away. Global tech companies that want to have a presence in Africa are likely to look at a place like Ghana rather than a place like Nigeria.”

He says the suspension of Twitter sends the wrong signal to foreign investors, adding that small businesses using Twitter as a source of livelihood in Nigeria will be affected.

“Businesses in Nigeria use digital media to reach customers, expose their brands and communicate with various stakeholders. That will definitely be affected by this erratic decision,” Sesan told Al Jazeera.

Following Twitter’s suspension, users in the country, through VPNs, flooded the platform to express their anger and disappointment.

The Nigerian attorney general’s office has ordered immediate prosecution of Nigerians who try to bypass the government’s Twitter ban after the government suspended its operations.

Late on Saturday, the diplomatic missions of the European Union, United States, Canada, Ireland and the United Kingdom issued a joint statement to condemn the Nigerian government’s decision.

Back in Lagos, Alumona, via his VPN, joined other Nigerians in tweeting using the hashtag #KeepitOn.

Despite using a VPN, Alumona is scared.

“The way things are going, I’m scared as a Nigerian because we don’t know what’s coming next,” he said.

“This will affect our ability to stand for the truth and hold the government accountable.”