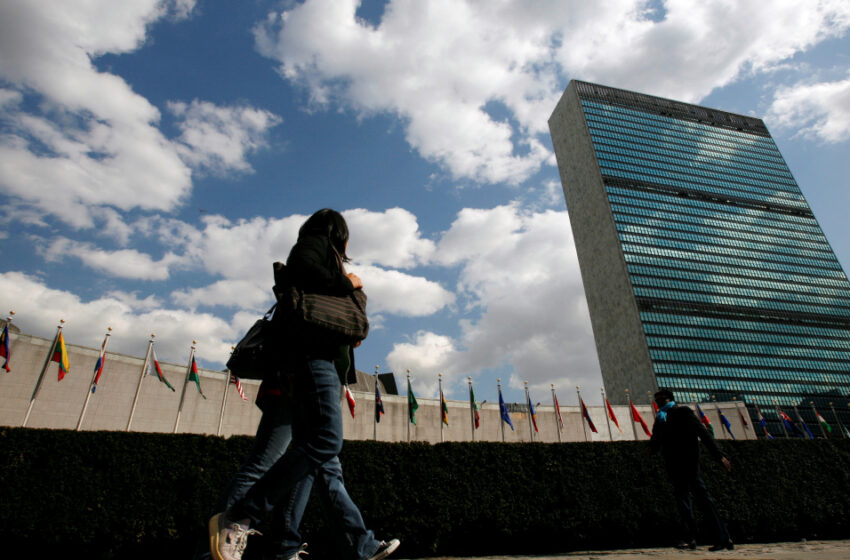 In September this year, the United Nations will host a Global Food Systems Summit in New York. The organisers of this summit are pitching it as a crucial debate of the decade which is to define the future of agriculture. They aim to bring together various stakeholders across sectors who play a role in the global food system.

Yet, the organised peasant and indigenous movements from Asia, Africa, Europe and the Americas that collectively represent most of the world’s small-scale food producers have called for a total boycott of this summit. In April this year, scores of scientists, researchers, faculty members, and educators who work in agriculture and food systems, also issued an open call to boycott the event.

To understand why social movements and scientists are staying out of a UN-sponsored summit, it is important to know how the world’s food system works today.

A handful of transnational companies dominate the current global food and commodity trade. For instance, just two firms – Dow Dupont and Monsanto-Bayer Crop Science – hold a 53 percent market share in the seed industry. Merely three firms own 70 percent of the global agrochemical industry that manufactures and sells chemicals and pesticides used on crops. This corporate concentration is also evident in the livestock breeding sector, animal pharmaceutical industry, farming machinery, commodity trade and so forth.

Therefore, from the sowing of seeds and growing of crops to the processing, distribution, and consumption of food, transnational agribusinesses control and decide everything. Most of these corporations are now entering into partnerships with Big Tech firms to digitalise the global food system to cement their dominance.

But here is what is striking about these giant corporations. Despite their control over nearly 75 percent of the world’s food production-related natural resources, they can barely feed a third of the global population. Furthermore, they are responsible for most of the $400bn worth of food lost annually and for the emission of large amounts of greenhouse gases.

By contrast, we – the small-scale farmers, fisherfolk, farmworkers, peasants, pastoralists and Indigenous people – with barely a quarter of the world’s food-production-related natural resources to our name and often neglected in public policies – continue to provide about 70 percent of the world’s food. Our web of local small-scale food producers stepped up in every corner of the world when the industrial food supply chain crumbled under the COVID-19 pandemic.

Yet, when it comes to defining the future of our food system, guess who gets invited by the UN to conceive and construct the plan, principles and content of the global summit. It is big agribusinesses!

The UN Food Systems Summit has courted controversy for its exclusivity since it was announced in December 2019. In March 2020, 550 organisations, comprising some of the world’s biggest peasant and indigenous movements, wrote to UN Secretary-General António Guterres to warn him that the summit is not building on the legacy of past world food summits, which were once convened by the Food and Agriculture Organisation (FAO).

The FAO was given the mandate to organise these events by its member states and it allowed the active participation of civil society through parallel self-organised forums.

However, there was no such mandate given for the organisation of the Food Systems Summit of 2021. The decision to set up the summit was taken by the UN secretary-general in close partnership with the World Economic Forum, which is a private sector organisation representing global corporate interests.

The governance of the summit remains firmly in the hands of “experts” known to be staunch defenders of industrial agriculture, and some states, which host many of these large multinational corporations, are driving the agenda. Through billionaire-run philanthropic foundations and their partners, they have also managed to secure the participation of a small section of the global civil society and advertise that as proof of the summit’s inclusive character.

However, some of the largest food producer networks and movements, which include La Via Campesina and the World Forum of Fisher People, among many others, have refused to join the preliminary consultations set up by the organisers and stand firm in their decision to boycott the summit.

There is no denying that the global food system has to undergo a radical change. The COVID-19 pandemic and the logistical bottleneck that several countries faced after its outbreak only accelerated that demand for a systemic overhaul.

Twenty-five years ago, at the 1996 World Food Summit, social movements insisted that food systems built around the idea of food sovereignty offer a pathway to a better, healthier future. Food sovereignty is the right of people to determine their food and agricultural systems. It addresses the people’s most urgent and pressing need: to have healthy, nutritious and climatically appropriate food grown in their locality or neighbourhood.

Agroecological and localised peasant production of food respects and co-exists with our natural surroundings and promotes humanist principles of solidarity and collectivism. It keeps away from harmful pesticides and chemical fertilisers and fosters a diversity of nutritious crops, unlike the industry practice of monocropping.

Over the past two decades, social movements have made several advances on this front and convinced the UN and several member states to adopt and implement this idea while drafting public policies. Through efforts spanning over two decades, peasant movements found spaces of representation within the UN, including at the FAO and the UN Committee on World Food Security (CFS).

But these two institutions were initially shunted from the organisation of the summit. The current and the two former Special Rapporteurs on the Right to Food have criticised the current format of the summit for not building on past food summit experiences and pointed out that “the CFS already has the structure that the Summit organizers have been hastily reconstructing”.

The summit organisers only invited the CFS chair to join the Summit Advisory Committee in November and asked the FAO’s Right to Food office to participate – albeit with a limited mandate – in March.

Despite these last-minute changes, agribusiness apologists still have the power to set the agenda for the summit. This would mean that the event will not only promote corporate interests, but it will also shrink even further the already limited space available for social movements and civil society inside the UN.

This decision by the secretary-general to give such leverage to agribusiness in the summit contradicts Article 10.1 of the UN Declaration on The Rights of Peasants and Other People Working in Rural Areas, which stipulates our right to actively and freely participate in preparing and implementing policies, programmes, and projects that may affect our lives, land and livelihoods.

However, we will not remain silent in the face of this flagrant attempt to decide our lives and livelihoods without our participation. We will boycott the UN Food Systems Summit 2021 and join the people’s counter-summit, which will start on July 25. There, we – small-scale food producers and Indigenous people – will reaffirm our solidarity and food sovereignty principles that are rooted in our territories and our way of life.