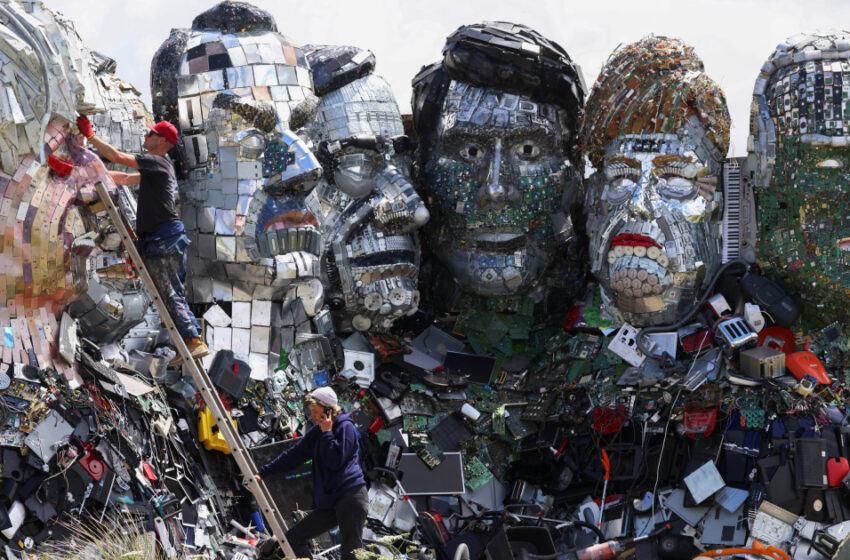 On the southwest coast of England, top leaders representing Western democracies are gathering from Friday to discuss a daunting list of weighty issues.

In addition to the United Kingdom, which is hosting the meeting that will continue into the weekend. there will be heads of government from the United States, Canada, France, Germany, Italy and Japan. Leaders from South Africa, Australia and South Korea are also attending, with India’s planned attendance waylaid due to COVID-19.

Group of Seven (G7) foreign ministers began their consultations in early May to discuss Western pushback against Russia and China, the coronavirus, economic recovery and climate change.

The geopolitical confab is US President Joe Biden’s first trip abroad since taking office in January.

At the Carbis Bay Hotel in Cornwall, Biden is expected to turn the page on the policies made by his predecessor, Donald Trump, that antagonised some major US allies.

Other presidents and prime ministers will help try to revive traditional diplomatic alliances in the post-Trump era among wealthy economies that amount to $40 trillion, around half of global gross domestic product.

Recharging transatlantic relationships is crucial for Biden, who is getting the ball rolling on Thursday by holding bilateral discussions with UK Prime Minister Boris Johnson. The US government is hoping to show that democracy — and most importantly its own — can meet the moment.

The world’s richest and most powerful democratic nations face myriad challenges, from fending off autocratic governments and global warming to the lingering COVID-19 pandemic and unbalanced trade relations. Those, specifically, are the four summit priorities identified by the UK government.

“This is exciting because this is the first major G7 summit with a new administration, with new energy and momentum,” said Christine McDaniel, a senior research fellow at George Mason University’s Mercatus Center.

“The US and many of our European partners are realising that only through deep cooperation can we solve these issues,” she told Al Jazeera.

The business community is anxious to see what emerges from the seaside meeting in response to accelerating ransomware attacks on critical infrastructure.

On the economic front, a huge accomplishment for the pre-leaders summit was announced last weekend when G7 finance ministers in London reached an historic agreement on a unified minimum tax rate for all multinational corporations.

The victory for multilateralism is pending further work at an upcoming gathering for 135 nations within the Organisation for Economic Co-operation and Development over the summer in Paris.

The two pillars of the pact in progress are a global minimum corporate tax rate of at least 15 percent and a requirement that multinationals pay taxes to the country where they actually sell their products and services, rather than book those profits to a lower-tax country.

The US hopes the deal will stave off the digital services tax that Washington feared for big technology and social media firms. But tax havens could still object.

G7 leaders on the sunny Cornish coast are slated to endorse the ambitious US proposal first announced in May by US Treasury Secretary Janet Yellen.

The Group of 20 (G20) meeting of finance ministers in July in Italy is expected to iron out the finer points of a solution designed to put an end to the race to the bottom that has incentivised companies to avoid paying their fair share by accounting profits in jurisdictions with minimal taxes.

“Digital flows are an increasing part of world trade flows of ideas and people and a driver of productivity growth,” McDaniel added, warning against any sort of tariffs on digital commerce.

“Countries want companies to pay their fair share,” she added. “Germany can’t make Google pay, but they can tax every order that crosses their border.”

UK Finance Minister Rishi Sunak said on Twitter that “under the principles of the landmark reforms, the largest global firms with profit margins of at least 10% will be in scope”.

Supporters of a global minimum corporate tax rate say a sealed deal would give many nations more money to fund their economic recoveries after the pandemic gutted budgets on both sides of the Atlantic.

🚨 At the @G7 in London today, my finance counterparts and I have come to a historic agreement on global tax reform requiring the largest multinational tech giants to pay their fair share of tax in the UK.

👇The thread below explains exactly what this means. #G7UK pic.twitter.com/HdcK1HuM91

Coping with a once-in-a-century pandemic may also have helped highlight common ground on how to keep the climate emergency at bay.

In the run-up to the summit, US National Security Advisor Jake Sullivan said that leaders would work to “provide financing for physical, digital and health infrastructure in the developing world”.

At a White House press conference earlier this week, Sullivan suggested that the Clean Green Initiative would provide “a high standard [and a] transparent, rules-based alternative to what China has offered” with the Belt and Road Initiative (BRI).

That project aims to prove the effectiveness and cohesion of the West in opposing Beijing’s BRI, which seeks to extend and deepen China’s economic and political power around the globe by funding big infrastructure projects.

“We have an opportunity to deliver ambitious progress that curbs the climate crisis and creates jobs by driving a global clean-energy transition,” Biden wrote in a Washington Post op-ed over the weekend.

G7 leaders still need to sort out whether substantial new funding will be allocated to the Clean Green Initiative, or whether they will settle with just establishing a loose framework for rivalling China’s trillion-dollar BRI.

Officials also are tasked with deciding the geographic scope of the plan. European nations reportedly want to focus on Africa, while Japan prefers an Asian focus and the US places a greater priority on Latin America – its backyard.

But some analysts believe that any moves by the G7 that further deepen the growing global bifurcation between the American and Sino spheres of influence could be counterproductive when it comes to tackling planet-wide challenges.

“The Biden administration is doing the right thing by working closely with its democracy allies to address some of the world’s pressing problems, but I don’t think it is a great idea to use G7 to open another ideological battlefield with Beijing,” said Yanzhong Huang, a senior fellow at the Council on Foreign Relations.

“Global challenges like the COVID-19 pandemic or climate crisis do not recognise territorial borders,” he told Al Jazeera. “You cannot expect a small group of democracies to take care of them all without the cooperation or collaboration from China.”

G7 finance ministers last weekend began to hammer out how to deliver the promised $100bn of climate finance. They also reached a consensus on making banks and other companies regularly disclose information on climate risks.

New research published on Thursday by the Science Based Targets initiative said that none of the G7 stock exchanges are consistent with the goals of the 2015 Paris Agreement on climate. Just 19 percent of listed companies on those leading indexes have targets aligned with that pact.

Regardless, climate investments could be crowded out by continued efforts to speed up the end to the coronavirus crisis worldwide.

Laying out a pathway to defeat the pandemic remains atop the G7 summit agenda, and finance ministers have begun discussing a $50bn vaccine distribution plan for poor nations with the International Monetary Fund, World Health Organization and World Trade Organization.

UK PM Boris Johnson has said he is seeking a commitment to vaccinate the whole world by the end of 2022, and UK Foreign Secretary Dominic Raab says equitable access to shots through the COVID-19 Vaccines Global Access Facility (COVAX) is essential.

The UK has responded to the US president’s call to waive vaccine patents temporarily by instead advocating technology transfers from pharmaceutical firms with not-for-profit pricing.

On another pressing global topic, legislators in the US and UK have been pushing their leaders to establish — at the G7 — an international fund for Israeli-Palestinian peace.

The UK’s Queen Elizabeth II is set to meet with Biden and US First Lady Jill Biden at her Windsor Castle home at the conclusion of the summit. He will become the 13th president to sit down with the 95-year-old monarch.

Biden will continue on to Brussels for the NATO and US-EU summits, before travelling to Geneva to meet with Russian President Vladimir Putin in a major test for Western democratic values.