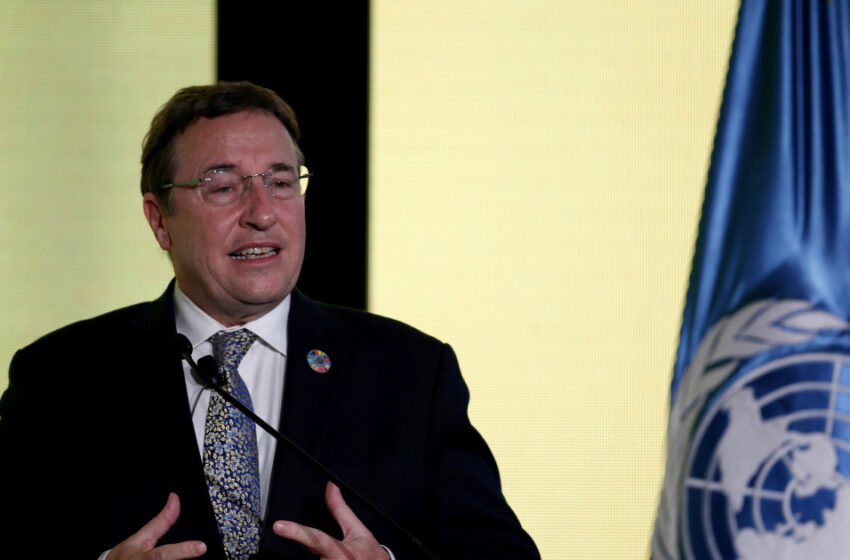 When the world embarked on the United Nations Sustainable Development Goals (SDGs) back in 2015, there was an air of optimism as nations committed to hitting 169 targets by 2030. But the coronavirus pandemic has dealt that timetable a serious blow by reversing human progress for the first time in decades, pushing millions back into extreme poverty and deepening inequalities.

The person charged with getting the SDGs back on track is Achim Steiner, the administrator of the United Nations Development Programme (UNDP). Steiner, who just started his second term, faces a daunting challenge.

Warning that the world faces a development emergency, he says the Achilles heel of the global economic recovery is the growing number of countries facing vaccine disparity and debt distress.

He also wants to ensure that poorer nations aren’t left literally in the coal dust as wealthier countries invest hundreds of billions of dollars to transition to green energy.

Al Jazeera Digital’s Senior Business Producer Radmilla Suleymanova sat down with Steiner this week to talk about vaccine equity, greening up global energy, and how richer nations can help move all of humanity past the current COVID-19 crisis.

*This interview has been edited for clarity and brevity.

Radmilla Suleymanova: As head of UNDP, what is the number one thing you hope to accomplish in your second term?

Achim Steiner: To get the international community to understand how critical it will be that they support one another to move towards the development recovery. Right now, we are highly vulnerable. In some parts of the world, we are almost at the point where we believe the pandemic is under control, and in other parts, only one to two percent of the population have been vaccinated. This is a recipe for disaster.

RS: How has the pandemic altered the trajectory of achieving the SDGs?

AS: For example, in Latin America and the Caribbean, we have seen over the past year 22 million people fall back into extreme poverty. These are levels that take us back to the year 2008. That means we have lost 13 years of progress. It is the first time in 30 years that we have seen a reversal in global human development. 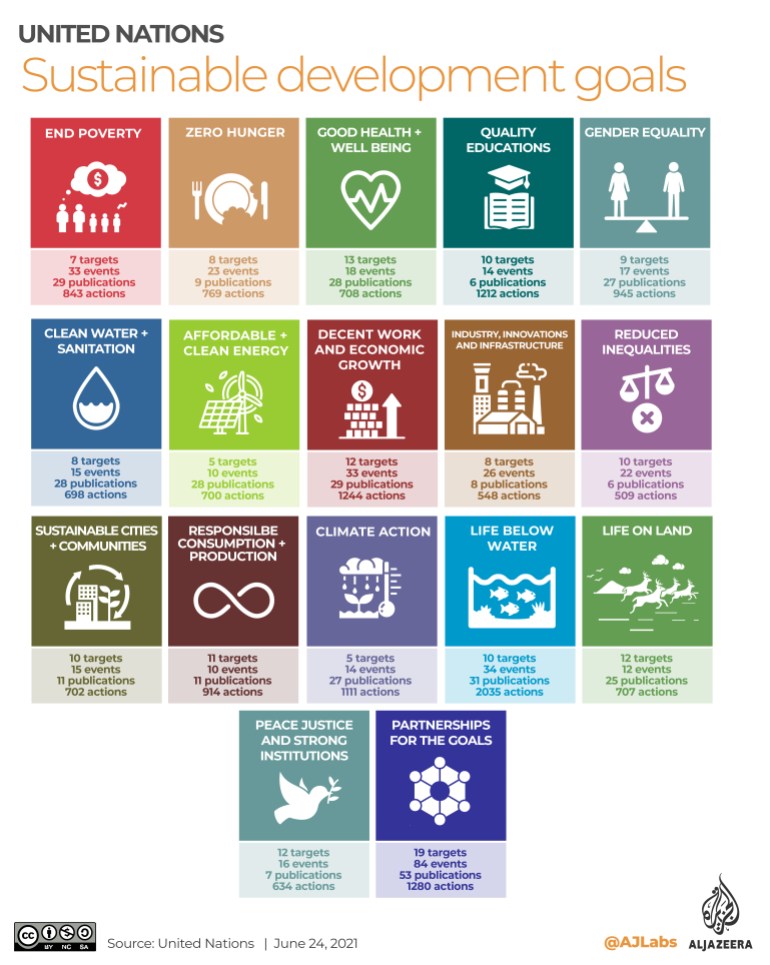 But as we have seen in countries that have been able to mobilise significant public finance and have access to vaccines, there could be a recovery that is almost like a V shape – where there is a very severe drop and then a relatively quick recovery. But two things here are problematic. Virus mutations are a great risk to all. And in the developing world and, particularly on the African continent, we see what it means not to be able to vaccinate your population.

The SGDs remain as valid as ever, but the pace of progress has lost speed. And yet with hundreds of billions of dollars being mobilised for a green recovery, we may come out of this with an accelerated approach to implementing the sustainable development goals on energy.

RS: You mentioned that the world has a unique opportunity to move towards a greener future. Are you hopeful that will happen?

AS: I have reasons not to be without hope. This is a moment of deep disruption. People are losing confidence in the future, in governments, in their health systems. But if you take a slightly more historical perspective, sometimes out of the darkest moments come some of the boldest responses.

These issues of inequality that we sensed were problematic before the pandemic – we can address them. I often say it’s fascinating that it took a group of 13, 14, 15-year-olds to take the world to the point where it said yes, we need to start acting and suddenly we see a green deal in Europe with 800 billion euros ($955bn) being mobilised. This is a moment of transformation. Nothing is a given, but nothing is also telling us that we cannot do this.

RS: What about waiving patent protections for COVID-19 jabs? Where does that fall on the list of priorities?

AS: We have a world that is highly divided in terms of those who have access to vaccines and those who don’t. So right now, the focus must be on accelerating the production of vaccines and the ramping up of post-production capacity, but also delivery because we need to get these vaccines, not just to the airport of a country, but into the arms of billions of citizens.

Out of the darkest moments come some of the boldest responses.

RS: Right, many big pharma companies say patents are not necessarily the issue. What’s lacking is the infrastructure to manufacture more vaccines within those countries that need them most. What has the pandemic taught the United Nations about drug manufacturing and sustainable development?

AS: It reminded us of a very bitter lesson going back to the AIDS epidemic and the tenure of Kofi Annan as Secretary-General, who, together with the CEOs of leading pharmaceutical companies, brought together the industry and said we must have differentiated pricing systems for developing countries and developed-country markets.

Patent rights have been a very significant accelerator of research and development but, in the discovery of medicines, they have been questioned in recent years. There is an almost unintended perverse incentive to ignore many diseases because they are simply not commercially attractive enough.

RS: The International Monetary Fund has discussed allocating some $650bn in new Special Drawing Rights [SDRs, IMF’s reserve asset created from a basket of currencies] to help nations bounce back from the COVID-19 crisis. UNDP is calling on wealthier countries to redirect their SDR reserves to help developing and poor countries. What would this help achieve, and do you think it would have a great impact?

AS: This allocation of $650bn worth of Special Drawing Rights is the largest capital allocation by the IMF since World War II. And if you take all high-income countries, they would get $438bn out of the $650bn. If the money simply stays there it would not only be a very strange way of dealing with a global development emergency, but actually, you would miss an extraordinary opportunity to have the richer countries address what is in their self-interest: rapidly containing the virus, investing in a global economic recovery and also addressing some of the deeper challenges.

AS: Right now the greatest Achilles heel to the global economic recovery is the growing number of countries that are potentially facing debt distress, and right now around 60 percent of all developing nations are in a situation of debt distress. The debt services suspension initiative and the framework that the G20 [Group of 20 nations] adopted were useful measures, but they are inadequate. If we’re not careful, a fraction of the IMF’s $650bn Special Drawing Rights will end up in the countries that face the greatest debt challenge.

RS: Climate action is a major SDG goal. How are poor nations positioned to deal with climate change compared to more developing economies that are spending hundreds of billions of dollars on green infrastructure?

AS: There are over 759 million people in the year 2021 worldwide that have no access to electricity. Now that is a remarkable number considering that this is a perfectly solvable problem. Energy poverty, access to electricity, is a key variable in development and in addressing poverty and illiteracy. I think that the real issue right now is, are we able as an international community to help developing countries to invest in their energy infrastructure, to assist them with access to technology, concessional finance so that they can invest in renewable and clean energy infrastructures? Can we mobilise the capital? In many ways, the energy revolution has already begun.

AS: In terms of a clarion call, the message is very clear: investing in coal is investing in yesterday’s energy systems. China, as one of the world’s largest not only investors but also producers of renewable energy infrastructure, now needs to step up in terms of making access to that technology the central pillar of its energy infrastructure support in developing countries. And China has already cancelled many of its coal-fired power projects that were in the pipeline in the developing world.

This is, however, not only China’s responsibility. Developing countries themselves, ultimately, don’t want to lock themselves into a technology of yesterday. It is the international community that now has to demonstrate to the developing world that it is serious about co-investing in clean energy infrastructure for developing countries.