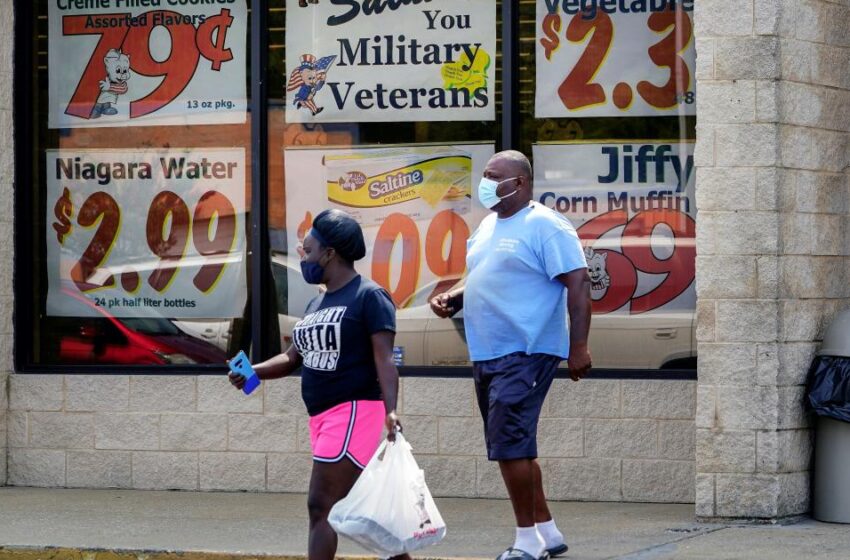 THE WEEK IN NUMBERS

We gather the numbers to know from the week’s biggest economic news stories so you can impress yourself and your friends.

It’s Friday again and in case you missed them, we’ve gathered the week’s most notable business and economic stories to keep you in the loop.

From a sea drone operated exclusively by artificial intelligence setting sail across the Atlantic to mounting fears that the Tokyo Olympics could derail Japan’s economic recovery to a profile of the NBA agent-turned-entrepreneur who founded AFA Sports – the only African sports apparel company to officially outfit a team at the upcoming Olympic Games – we’ve got it all covered.

AFA is also creating much-needed jobs in inflation-hit Nigeria. And speaking of inflation, the United States Federal Reserve revised its outlook upward for US inflation this year – and surprised many by signalling it could raise interest rates as soon as 2023.

And while some things go up, others must come down. Last year’s COVID-19 boom to the video gaming industry is slowing as people come out of hibernation and put down the controls. And lastly, a British computer scientist is preparing to auction off the original code of a little thing called the World Wide Web. Maybe you’ve heard of it?

Let’s dive into these stories and more.

That’s the level the US Federal Reserve expects inflation to climb to in 2021- a full percentage point higher than its March forecast. Al Jazeera’s Kaelyn Forde wraps up the latest meeting of Fed policymakers and what it revealed about the outlook for the world’s largest economy here.

That’s how much revenue the gaming industry is expected to generate globally in 2021, according to analytics firm Newzoo – a slight decrease from last year, when COVID-19 restrictions kept people hunkered down at home and the video game market booming.

As economies open back up again, the gaming industry faces an uphill battle to capture last year’s momentum and numbers, not to mention tackling serious issues that predate the pandemic, such as a chronic lack of diversity in the industry. To see how it’s meeting those challenges, Al Jazeera’s Amy Thompson dropped in (virtually) on this year’s Electronic Entertainment Expo (E3) — one of gaming’s biggest trade shows. Read all about the E3 highlights here.

That’s how many weeks until the Olympic Games kick off in Tokyo. But not everyone in Japan is keen to hold them, fearing the Games could turn into a superspreader event that triggers more business-sapping COVID-19 restrictions and derails the country’s economic recovery.

Nurses, medical associations, business leaders and even one of the government’s top medical advisers have been calling for the Olympics to be postponed again or cancelled. Al Jazeera’s Lorian Belanger has the story here.

That’s how many kilogrammes of experiments can be housed in modular compartments on the Mayflower Autonomous Ship, a sea drone guided by an artificial intelligence-powered “captain” that set sail on its transatlantic voyage this week.

That’s how many jobs AFA Sports, a clothing brand also known as “Africa for Africa” Sports, has created in Africa since its launch in November 2016. In that short time, it has grown to become one of the continent’s hottest sports merchandising and apparel companies, and is the only African sportswear firm to officially outfit a team bound for the Olympic Games in Japan next month.

AFA Sports is the brainchild of Ugo Udezue, a former National Basketball Association agent, who is on a mission to unify Africa through sports. Al Jazeera’s Idah Waringa has his story here.

That’s how many lines of code will go up for sale as a non-fungible token (NFT) when Sotheby’s auctions off the original source code for the World Wide Web written by British computer scientist Tim Berners-Lee. NFTs are digital files underpinned by blockchain technology that verifies the rightful owner of an item. Berners-Lee says they are a “once-in-a-generation opportunity” to revamp the art world.

When Berners-Lee first presented his proposal on the internet, his boss at the time gave him feedback: “Vague but exciting.” Over 30 years later, the World Wide Web connects 4.6 billion people. Read more about the landmark auction here.