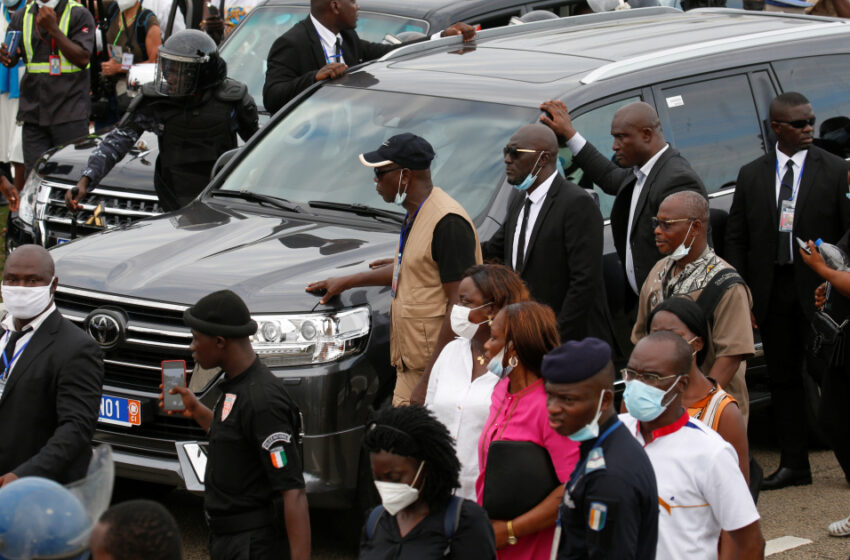 Former President Laurent Gbagbo has returned to Ivory Coast for the first time since his arrest nearly 10 years ago following his acquittal by the International Criminal Court (ICC).

The 76-year-old arrived in the country’s economic hub, Abidjan, on Thursday on a commercial flight from the Belgian capital, with crowds of supporters allowed into the airport cheering as the Brussels Airlines flight landed. Thousands also took to the streets of Abidjan, where there was heavy security presence, to celebrate his return.

Gbagbo, who was in power since 2000, was sent to The Hague-based court in 2011 after some 3,000 people were killed in a months-long conflict that followed his refusal to accept electoral defeat at the hands of incumbent President Alassane Ouattara.

He was charged with war crimes and crimes against humanity, but was acquitted by the ICC in 2019. Judges upheld the ruling earlier this year, paving the way for his return on Thursday.

Al Jazeera’s Ahmed Idris, reporting from the airport in Abidjan, said the situation in the city was “very tense” in the hours before his arrival as many Gbagbo supporters eager to greet him tried to approach the site.

“The police barricaded the entire area close to the airport, and there were some incidents where they used tear gas to disperse crowds,” he said.

Following his arrival, Gbagbo made no comment to journalists before getting into a vehicle that was soon encircled by crowds. Thousands lined the streets and gathered around the convoy carrying Gbagbo as it made its way from the airport.

Gbagbo later told supporters of Ivorian Popular Front (FPI) party he was “glad to return to Ivory Coast and Africa”, in his first public remarks since coming home.

Idris, reporting from near the FPI offices, said there were “wild celebrations” by his supporters.

“For the last hour, there has been a steady stream of supporters on buses, on cars, on motorcycles and on foot, moving towards the party headquarters,” he said. “The supporters are telling us they are going to party all night.”

Henri Konan Bedie, who was president from 1993 to 1999 and whose relationship with Gbagbo has known ups and downs over the years, welcomed his “younger brother” home in a message on Twitter.

“I have always thought it was important that he return to engage together in a true process of reconciliation,” Bedie wrote.

Gbagbo’s return is seen as a test for the country and a population that still has the bloody conflict fresh in memory, with some analysts saying there are concerns that it could again destabilise the world’s largest cocoa producer.

The former president’s opponents maintain he should be jailed in Ivory Coast, not given a statesman’s welcome. Some demonstrated outside Gbagbo’s residence in the Cocody neighborhood of Abidjan on Wednesday.

Meanwhile, groups representing the victims of the 2010-2011 post-election violence have condemned the “impunity” he has received.

But supporters say his return is necessary to reignite a reconciliation process that never got off the ground after the 2011 violence. Ouattara’s government has also said it welcomed his return to help reconciliation following presidential elections last year in which dozens of people died.

Ouattara issued his former rival a diplomatic passport and made the presidential pavilion at the airport available for his return. He has also promised him the status and rewards reserved for ex-presidents including a pension and personal security.

Gbagbo has said little about what political role he might play back home. He retains strong support among his base of supporters, particularly in the south and the west.

But he faces an outstanding 20-year prison sentence that was handed down in November 2019 on charges he misappropriated funds from the regional central bank. Ouattara said in April that Gbagbo was free to return, but the government has not said whether he has been pardoned.

David Zounmenou, of the Institute of Security Studies, said supporters “have been ready for a long time for his return to the country”.

“In fact, some of them were expecting him to return to take part in 2020 presidential elections, but because he was still waiting for the final decision on the ICC he did not come back,” he told Al Jazeera.

“It had to happen at some point,” he told Al Jazeera. “There will always be tensions. I think this is a fairly good moment for him to return,” citing the “regrouping” of the political landscape following the holding of presidential and parliamentary elections in recent months.

Bjarnesen said Gbagbo’s return would bring “the existing divisions into much clearer sight”, including within his FPI party, which “has been divided down the middle ever since his arrest”.

“There’s also been a sustained critique that Alassane Ouattara hasn’t really taken national reconciliation seriously enough, and Gbagbo’s return kind of [brings] that whole situation … into relief in a way,” he added.

“But I do think that there are a lot of tensions and questions remaining around what the effects will be of his return to go to Ivory Coast.”