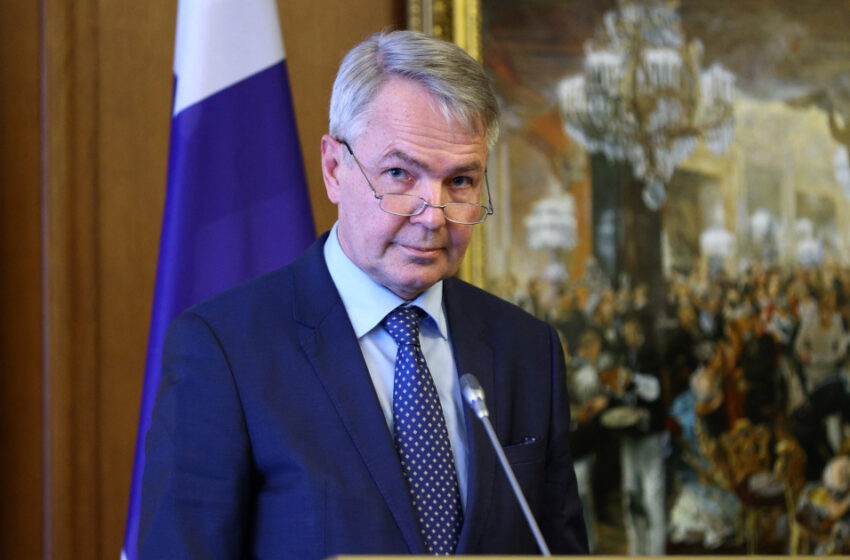 The Ethiopian leadership said earlier this year that they were “going to wipe out the Tigrayans for 100 years”, a European Union special envoy to the war-torn country has said.

The remarks by Pekka Haavisto, Finland’s foreign minister, describing his talks with Ethiopian Prime Minister Abiy Ahmed and other ministers in February are some of the sharpest yet on the conflict in Ethiopia’s northern Tigray region.

They came in a question-and-answer session on Tuesday with a European Parliament committee.

Ethiopia’s foreign ministry dismissed Haavisto’s comments as “ludicrous” and a “hallucination of sorts or a lapse in memory of some kind”.

Haavisto’s special adviser, Otto Turtonen, told The Associated Press that the envoy “has no further comment on this matter”.

In February he said he had “two intensive days in substantive meetings” with Abiy – the Nobel Peace Prize winner in 2019 – and other “key ministers” about the growing humanitarian crisis in Tigray, where thousands of civilians have been killed and famine has begun in a region of some 6 million people.

Ethiopian and allied forces from neighbouring Eritrea have been accused of atrocities while pursuing fighters supporting Tigray’s former leaders.

It is not clear from Haavisto’s remarks this week which Ethiopian officials allegedly made the comments about wiping out ethnic Tigrayans.

When I asked the #EU Envoy @Haavisto about #AbiyAhmedAli + #IsaiasAfewerki committing War Crimes in #Tigray he replied- « ..when I met the #Ethiopian Leadership in February they used this kind of language, that they are going to destroy the Tigrayans, they are going to wipe out.. » pic.twitter.com/mrdtmEHCaS

The 44-year-old leader, whose forces are backed by troops from Eritrea and fighters from Ethiopia’s Amhara region, declared victory in late November when the army entered the regional capital, Mekelle.

However, fighting is still ongoing amid reports of massacres, rape and widespread hunger.

The United Nations human rights office has said all sides in the conflict have been accused of abuses, but witnesses have largely blamed Ethiopian and Eritrean forces for forced starvation, mass expulsions and more.

The EU and the United States have been outspoken on the situation in the Tigray region, with the US last month announcing it has started restricting visas for government and military officials of Ethiopia and Eritrea who are seen as undermining efforts to resolve the fighting.

The US earlier this year asserted that ethnic cleansing is occurring in western Tigray.

In comments shortly after those February meetings, Haavisto had warned that the crisis in Tigray appeared to be spiralling out of control.

Haavisto’s remarks emerged as Ethiopia prepares to vote in a national election on Monday, the first crucial test at the polls for Abiy as he seeks to centralise power under his Prosperity Party.

Abiy was awarded the Nobel a year after he took office and introduced dramatic political reforms while sidelining Tigray leaders who had dominated Ethiopia’s government for years in a coalition with other ethnic-based parties.

Despite being billed as a nationwide poll, the vote on Monday will not be held in nearly one-fifth of the country’s 547 constituencies, including all 38 seats in Tigray and 64 others across the country of some 110 million people.

The majority of the delayed votes are scheduled for September 6 but no date has been set yet for Tigray, where more than five million people are in need of emergency food assistance.