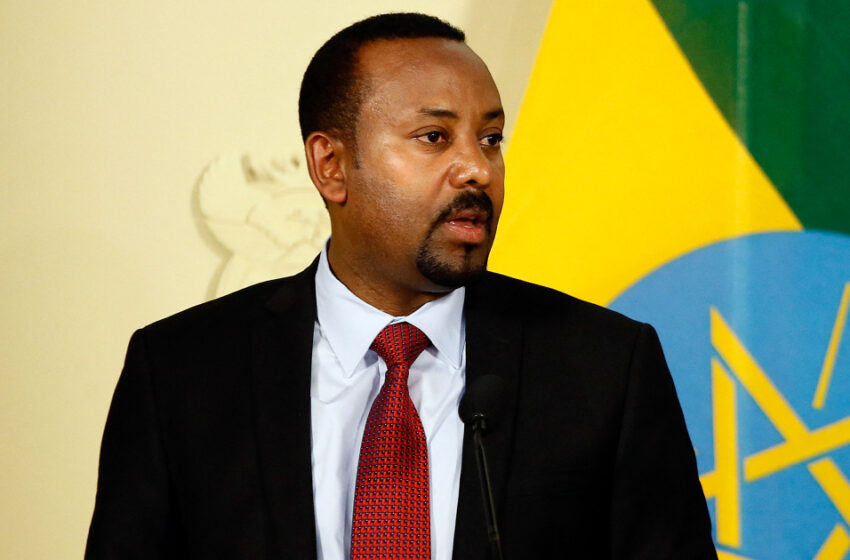 Abiy Ahmed says he wants a period of silence in Tigray after TPLF seized control of the regional capital, Mekelle.

Ethiopian Prime Minister Abiy Ahmed has defended the decision to fight rebels in the Tigray region and said he wants to foster a period of “silence” in the area.

The 2019 Nobel Peace Prize winner’s remarks came on Monday, one week after Tigray’s capital Mekelle fell to the Tigray People’s Liberation Front (TPLF) and Abiy’s government declared a unilateral ceasefire. His government has been battling the TPLF since late last year after accusing it of attacking military bases in Tigray.

The TPLF has described its seizure of Mekelle and most of the rest of the northern region of Tigray as a major victory, while Abiy and other officials have countered that federal forces executed a strategic pullback to focus on other threats.

Abiy said the country could raise more troops if needed but said he wanted a period of calm after months of fighting in which thousands have been killed. The United Nations has warned that more than 400,000 people in Tigray were now in famine and that 1.8 million were on the brink.

“In one, two or three weeks, 100,000 trained, armed and organised special forces can be mobilised,” Abiy told lawmakers.

“If said special force isn’t enough, if a militia is needed, in one or two months half a million militiamen can be organised. One million youths can be mobilised and trained.”

But Abiy also said officials had “decided there should be a period of silence for everyone to think”.

Al Jazeera’s Catherine Soi, reporting from Addis Ababa, said Abiy’s government had been under “a lot of international pressure on how it has dealt with the crisis in Tigray”.

“To that end, he says that his government is unfairly targeted and saying that there are outside interests to see the weakening of Ethiopia through protracted war,” she said.

Tigrayan leaders on Sunday issued their first formal response to Abiy’s ceasefire call, saying they would only accept it if forces from Eritrea and Ethiopia’s Amhara region – who have been backing the Ethiopian army – also withdrew from the region.

They also called for “proceedings” to hold Abiy and Eritrean President Isaias Afwerki accountable for “damage” inflicted during the fighting, which has been marked by grisly massacres and widespread sexual violence.

Abiy did not address those conditions on Monday.

“TPLF wants the government to recognise its leadership as the legitimately elected government of Tigray. It is very difficult to see whether the (federal) government is going to accept that because it has already labelled the rebel leadership and its forces as a terrorist organisation,” Soi reported.

Last week, the TPLF paraded what it said were thousands of captive Ethiopian soldiers through the streets of Mekelle.

But in his remarks on Monday, however, Abiy said the TPLF seized territory only because the army decided to leave, a process he said unfolded for more than a month.