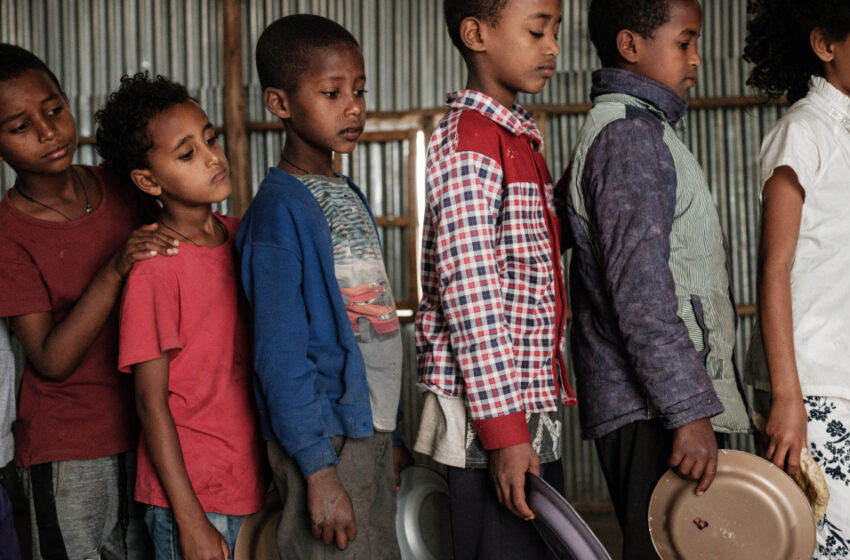 Getting aid to the starving in the Tigray region of Ethiopia is not just about saving lives, it is about whether Ethiopia will stay together as a country or disintegrate.

When the Ethiopian army fled from the Tigrayan capital Mekelle on Monday, it left the region in the hands of the fighters of the Tigray Defence Forces or TDF (the armed wing of the former governing party, the Tigray People’s Liberation Front or TPLF). Of Tigray’s six million people, more than five million need emergency assistance and, according to the United Nations, 350,000 are already in famine conditions. Pre-school children are most at risk, as their small bodies are unable to last long without essential nutrients.

An estimated 30,000 children could perish from hunger over the next few months. And if the aid effort is not resumed – and stepped up – that death toll could easily be 10 times higher.

Before abandoning Mekelle, the retreating Ethiopian troops ransacked aid compounds and took all the money from the banks. They also stole communications equipment from the aid agencies. The incoming TDF found a city without even a single day’s supply of food in store.

Prime Minister Abiy Ahmed announced what he called a “humanitarian ceasefire”. It made for a good headline, but his statements over the last weeks have made clear that it is no such thing. In fact, he plans to pursue war by other means – blockade.

In one speech, reported on June 25, he accused aid agencies of having a hidden agenda of supplying the rebels. Almost immediately, three staff members from the international medical charity Doctors Without Borders (Medecins Sans Frontieres, or MSF) were murdered. The killers are not known but the finger of suspicion points at the government.

The announcement of the “humanitarian ceasefire” limited the pause in the army’s offensive action to the farming season, which lasts just three months. That is just enough time to buy new weapons and – Abiy has promised – return to Tigray by force of arms. A ceasefire is usually an agreement between the fighting parties, but this announcement referred to the TPLF as a “criminal junta”.

And speaking on June 30, Abiy was candid that the war was now fought against the people of Tigray, who he said had stabbed the army in the back, by siding with the TDF. They will now have time to understand their situation, he said. What he means is that he will blockade Tigray and starve the people into submission.

Hunger is a particularly hideous weapon. The anguish of parents watching helplessly as their young children waste away is almost as terrible as the pains of starvation suffered by those children themselves. The memory of famine haunts people for generations afterwards, leaving a long-smouldering hatred of those who inflicted the pain. Ireland’s great hunger of 1845-51 nurtured that country’s independence struggle. Ukraine’s Holodomor – Stalin’s campaign of starvation in the 1930s – left many Ukrainians believing they could never be part of the same state as Russia.

Abiy has a choice. He can decide to allow an international humanitarian effort to go ahead in Tigray. This would mean allowing aid convoys to travel along the roads and relief flights to land in Mekelle and the other airports in the region. That could stop the slide into famine and save hundreds of thousands of lives.

Allowing humanitarian access would also be the first step towards reassuring Tigrayans that, whatever the political differences between the federal government and the TPLF, they are still valued as Ethiopian citizens.

Tightening the blockade sends an altogether different message: your government wants to kill you by starvation.

The TDF is well-armed and highly motivated, its young fighters driven by anger at the atrocities inflicted on them. They have just won a series of stunning military victories and acquired a huge arsenal. If aid does not reach them from Ethiopia, they will for sure look for another way to get it. The obvious option is to launch an offensive and clear a road to Sudan so that there can be an unofficial cross-border aid operation.

International aid donors are considering that as a last-ditch option because it is unconscionable for a man-made famine on this scale to unfold while nothing is done to stop it. But they also know that a cross-border operation would have political consequences. It would cut Tigray’s umbilical cord with Ethiopia.

Tigrayans are so angry at the rape, killing, pillage and starvation inflicted upon them, and government-incited hate speech in the media, that they are demanding independence. Their leaders know this is a hazardous path and want to keep open the possibility of a negotiated settlement that keeps them part of Ethiopia – probably with some form of increased regional autonomy.

Abiy’s decision over the next few days may decide which route is taken – humanitarian access and a country that could hold together, or a starvation blockade and national disintegration.

Compassion for starving children in Tigray and caring about Ethiopia’s future as a single country come down to the same single choice.

A small child’s body wastes away fast. It is not long for Abiy to choose his path.