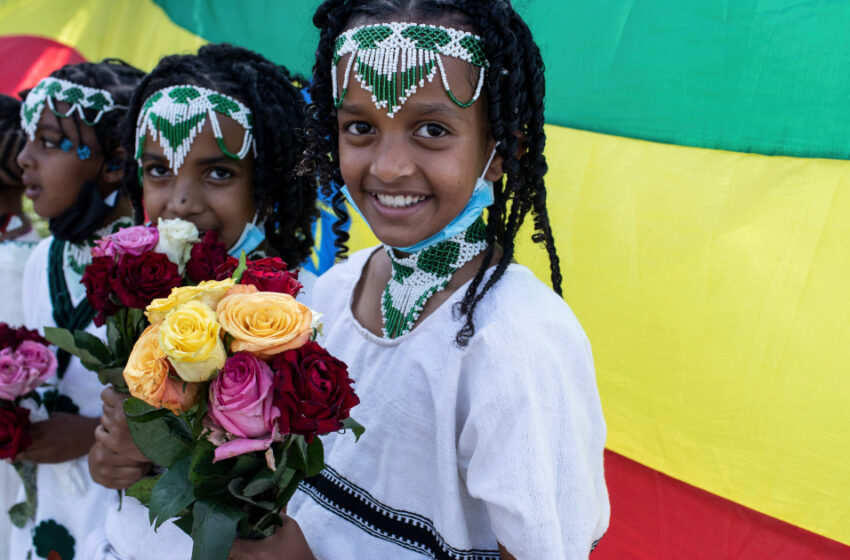 Ethiopians vote next week in twice-delayed elections overshadowed by warnings of famine and mounting reports of atrocities in the war-hit northern region of Tigray.

Some 37 million people of Ethiopia’s about 110 million have registered to cast ballots on Monday, although many will have to wait until September to vote due to logistical, legal and security-related challenges. Here are five things to know about the crucial polls in Africa’s second-most populous country.

In the areas where the elections will proceed, voters will pick national and regional parliamentarians. The national MPs are tasked with electing the prime minister, who is head of government, as well as the president – a largely ceremonial role.

The polls will mark the first test of voter support for Prime Minister Abiy Ahmed, 44, Africa’s youngest leader and Ethiopia’s first from the Oromia region.

Abiy’s appointment as prime minister in 2018 – after years of anti-government protests forced his predecessor, Hailemariam Desalegn, to step down – was initially met by many with an outburst of optimism both at home and abroad.

Within months at the helm of Ethiopia’s ruling coalition, Abiy released tens of thousands of political prisoners and allowed the return of exiled opposition groups. He also announced economic reforms, including opening parts of Ethiopia’s tightly controlled markets and the creation of a stock exchange.

In 2019, Abiy was awarded the Nobel Peace Prize partly for his reform drive and for making peace with neighbouring Eritrea by ending a long-running border standoff.

“We will secure Ethiopia’s unity,” Abiy said before his final campaign rally on Wednesday, repeating his pledge of a free and fair election after past votes – all won by the four-party alliance Ethiopian People’s Revolutionary Democratic Front (EPRDF) – were marred by accusations of fraud and irregularities. In 2015, the EPRDF and its allies won every parliamentary seat in a process marred by allegations of voter intimidation.

More than a year after taking power, Abiy disbanded the EPRDF coalition as a whole and formed the Prosperity Party (PP) with his political allies.

The Tigray People’s Liberation Front (TPLF), which dominated the governing coalition for nearly 30 years before Abiy came to power, refused to follow the EPRDF’s other three ethnically based parties into the PP. It accused the prime minister of centralising power at the expense of Ethiopia’s ethnically-based regions, which he denies. PP officials said the EPRDF’s dissolution would reduce societal fragmentation and bolster democracy, with the highly anticipated elections scheduled for August 2020.

But in March last year, Abiy postponed the polls by 10 months citing the COVID-19 pandemic. The elections were postponed a second time to June 21 because of logistical setbacks, including delays in voter registration and a lack of electoral officials.

The initial postponement provoked the anger of much of the country’s political opposition, which accused the governing party of using the pandemic as an excuse to illegally extend its time in office, an allegation denied by the government.

The TPLF went on to hold elections – and win in a landslide – in the northern region of Tigray anyway, setting it on a collision course with the federal government.

On November 4, after months of tensions, Abiy ordered federal forces into Tigray accusing the TPLF of launching an attack to take over the Northern Command of Ethiopia’s military. The then-regional leaders denied the allegation, accusing the federal government and their longtime foe Eritrea, whose troops have backed Ethiopian soldiers in the fighting, of launching a “coordinated attack” against it.

Abiy promised a swift military campaign to detain and disarm the TPLF’s leadership and militias. Fighting, however, is still ongoing and reports of massacres, rapes and widespread hunger keep emerging.

The conflict is estimated to have killed thousands of people and displaced more than two million. Last week, humanitarian agencies warned that 350,000 people in Tigray are on the brink of famine, a crisis that several diplomats have described as “manmade” amid allegations of forced starvation. Ethiopia’s government has rejected the figure and says food aid has reached 5.2 million in the region of six million people.

The fighting means that there will be no voting in Tigray’s 38 constituencies, where military personnel who usually play a key role in transporting election materials are busy with the conflict.

Overall, voting has been delayed in 110 out of 547 constituencies. Some areas were deemed too insecure to hold a vote, plagued by armed campaigns and ethnic violence that has worsened under Abiy, as regions push for greater freedoms.

In other cases, the electoral board was not ready, with printing errors on ballot papers, and other logistical setbacks, making a timely election across the board impossible.

A second phase of voting will take place on September 6 to accommodate many of the constituencies not taking part on Monday – but not in Tigray, where no date has been set.

The PP is the frontrunner in a field of nearly 50 parties vying for parliamentary seats. It has registered 2,432 candidates in the election, while the next largest party, Ethiopian Citizens for Social Justice (ECSJ), is fielding 1,385 candidates.

However, some prominent opposition parties have said they will boycott the polls in protest against the jailing of their leaders and other concerns over the fairness of the process.

Among them are the Oromo Liberation Front (OLF) and the Oromo Federalist Congress (OFC).

Several high-profile OFC members remain behind bars after a wave of unrest last year sparked by the killing of a popular Oromo musician, and the OLF’s leader is under house arrest. The leader of the Balderas Party for True Democracy, Eskinder Nega, was also arrested and is contesting the election from prison.

On Sunday, five opposition parties released a joint statement saying that campaigning outside the capital, Addis Ababa, “has been marred by serious problems, including killings, attempted killings and beatings of candidates”.

Yet, some are choosing to stay in the race hoping their participation will help the country in its quest to democratise.

“We are very hopeful as we say it internally we are giving the ruling party a run for its money,” Nathaniel Felega, of the Ethiopia Citizens for Social Justice party, told Al Jazeera. “We will continue doing that until the campaigns are over. And we are hopeful that the next parliament will not be as dull as the previous ones.”

Despite Abiy’s pledges, there are growing international concerns over whether the elections will be fair.

The European Union has said it will not observe the vote after its requests to import communications equipment were denied.

In response, Ethiopia said external observers “are neither essential nor necessary to certify the credibility of an election”, although it has since welcomed observers deployed by the African Union.

Last week, the United States State Department said it is “gravely concerned about the environment under which these upcoming elections are to be held”, citing “detention of opposition politicians, harassment of independent media, partisan activities by local and regional governments, and the many interethnic and inter-communal conflicts across Ethiopia”.

Earlier this month, Abiy accused “traitors” and “outsiders” of working to undermine Ethiopia, while this week, his spokeswoman Billene Seyoum described the election as a chance for citizens to “exercise their democratic rights” and accused international media of mounting a “character assassination of the prime minister”.