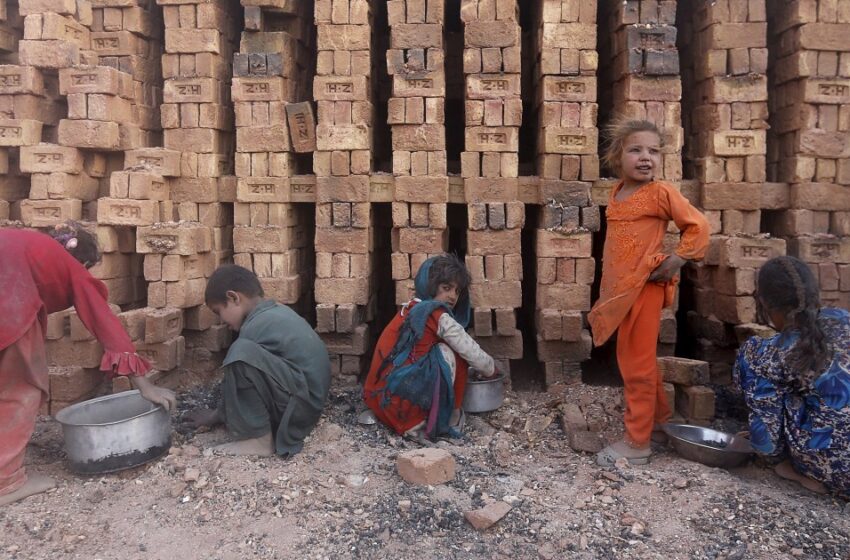 ‘We are losing ground in the fight against child labour,’ the United Nations Children’s Fund warns.

Child labour has increased to 160 million – the first rise in two decades – and that number could swell by millions more because of the effects of the coronavirus pandemic, the UN said on Thursday.

A report by the United Nations Children’s Fund (UNICEF) and International Labour Organization (ILO) found 8.4 million children were pushed into child labour over the last four years and nine million more are at risk of a similar path by the end of 2022 as a result of COVID-19.

And the worst-case scenario is even more sobering. An ILO simulation model showed the number of children at risk could rise to 46 million if they do not have access to critical social protection coverage.

“The new estimates are a wake-up call. We cannot stand by while a new generation of children is put at risk,” said ILO Director-General Guy Ryder in a press release.

“We are at a pivotal moment and much depends on how we respond. This is a time for renewed commitment and energy to turn the corner and break the cycle of poverty and child labour.”

Governments and international organisations had made significant strides in eradicating child labour. Between 2000-2016 it fell by 94 million children, according to ILO figures. But the last four years have seen a worrying reversal of that trend.

Children aged five to 11 years performing child labour now account for more than half the total global figure, according to the report’s findings. And the number of children aged five to 17 years who are doing work that is dangerous or harmful to their health, safety or morals rose by 6.5 million to 79 million since 2016.

The agriculture sector accounts for 70 percent, or 112 million, of working children.

Some regions have fared worse than others. Sub-Saharan Africa’s population growth, extreme poverty and lack of social protection schemes have pushed an additional 16.6 million children into child labour in just four years.

And the coronavirus pandemic is threatening progress made in the Asia Pacific as well as Latin America and the Caribbean, the ILO and UNICEF warned.

The economic crisis and school closures stemming from the COVID-19 pandemic have made millions of children more vulnerable to working longer hours, under worsening conditions and in dangerous jobs.

“We are losing ground in the fight against child labour, and the last year has not made that fight any easier,” said UNICEF Executive Director Henrietta Fore in a statement.

UNICEF and ILO urged governments and international financial institutions to invest in programmes that get children back into schools.