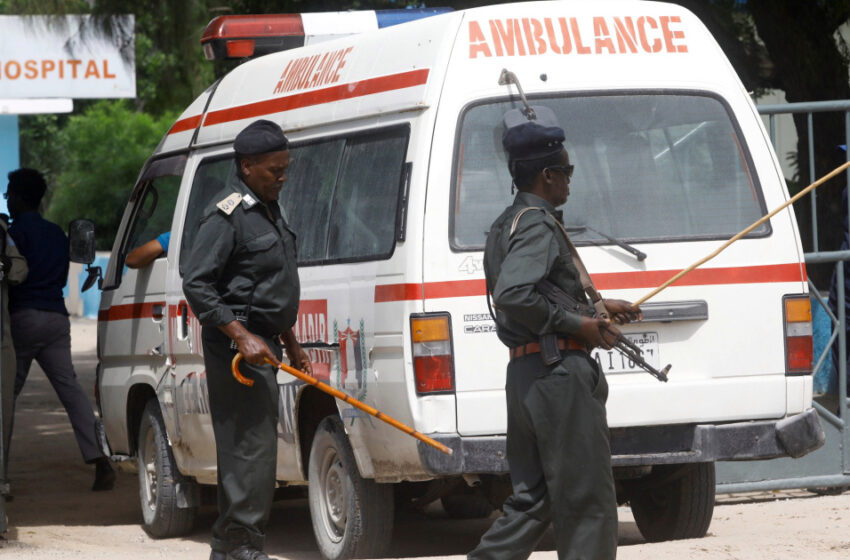 Dozens also injured after the attacker targets a tea shop in the Somali capital.

An al-Shabab suicide attack on a crowded tea shop in Somalia’s capital Mogadishu on Friday has killed 10 people and wounded dozens.

The death toll from the attack, which targeted the shop near heavily guarded government institutions on Friday evening, was significantly higher than the four reported earlier.

“On the evening of July 2, a suicide bomber wearing a vest detonated the device near the Juba Hotel, killing at least 10 people with dozens injured,” the ministry of information, culture and tourism said in a statement on Saturday.

“The attack occurred during a busy hour where the victims were enjoying a local tea shop,” it added, saying the “malicious” attack was by al-Shabab – an al-Qaeda-linked armed group fighting to overthrow Somalia’s government.

The group swiftly claimed responsibility for the attack.

AFP news agency reported that the attack took place just a few hundred metres from the headquarters of the Somali intelligence agency at around 5:30pm (14:30 GMT).

“The cafe was crowded when the blast occurred,” said witness Abdikarim Ali.

Al-Shabab regularly attacks government and civilian targets in Mogadishu. The group controlled most of the capital until 2011 when it was pushed out by Somali troops backed by African Union soldiers, but still holds territory in the countryside.