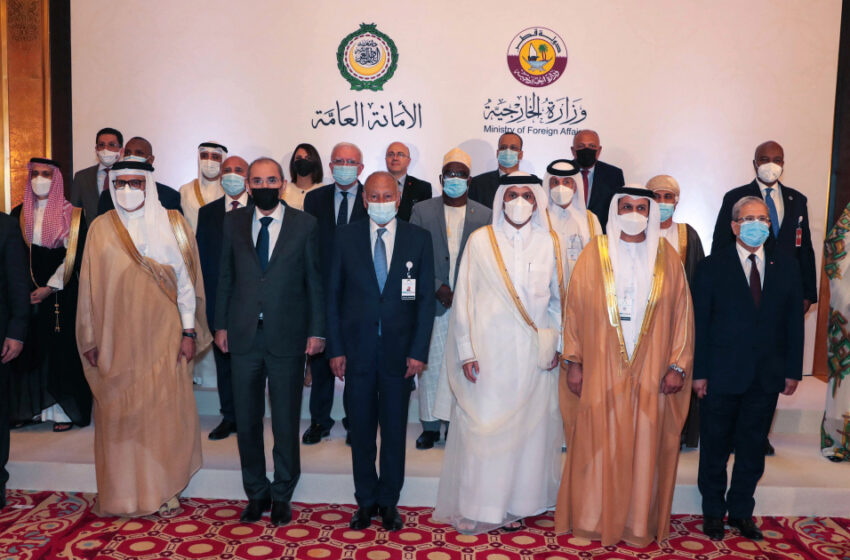 The foreign ministers of Arab countries have backed calls for the United Nations Security Council to intervene in a long-running regional dispute over a giant dam built by Ethiopia on the Blue Nile, one of the Nile River’s main tributaries.

The decision announced by Arab League Secretary-General Ahmed Aboul Gheit came after a meeting on Tuesday in Qatar called by downstream Nile countries Egypt and Sudan.

Ethiopia is pinning its hopes of economic development and power generation on the Grand Ethiopian Renaissance Dam. But Egypt, which relies on the Nile for as much as 90 percent of its freshwater, sees the project as a potentially existential threat, while Sudan is concerned about the operation of its own Nile dams and water stations.

In a news conference after the meeting of 17 Arab foreign ministers, Aboul Gheit described the water security of Egypt and Sudan as an integral part of Arab national security.

“There is a united Arab position,” Qatar’s Foreign Minister Sheikh Mohammed bin Abdulrahman Al Thani told the same media briefing in Doha, saying the officials had agreed on “steps to be taken gradually” to support Egypt and Sudan in the dispute.

“We spoke about the negotiations regarding the Ethiopian dam in order to reach a just settlement for all the concerned parties,” Sheikh Mohammed said, without giving details.

“We also discussed not taking any unilateral decisions that would cause harm to any member state,” he added, in an apparent reference to Ethiopia’s plan to complete the second phase of filling the dam in the rainy season.

Sudan and Egypt had already agreed this month to work together to push Ethiopia to negotiate on an agreement on filling and operating the dam after the African Union-sponsored talks remained deadlocked.

The two countries have previously called for the United States, European Union and the UN to join the talks as mediators along with the AU, which is leading efforts to reach a deal. Ethiopia has rejected the suggestion.

The main sticking points in past negotiations have been determining a mechanism to deal with future water disputes and how the river’s waters should be allocated during droughts.

During the meeting, Egyptian Foreign Minister Sameh Shoukry said, “African mediation on the Renaissance Dam began about a year ago, but unfortunately has not yielded the desired results.”

Sudan on Monday said it was open to a partial interim agreement on the multibillion-dollar dam, with specific conditions.

Separately, the foreign ministers also decided to form a joint committee to confront Israeli measures against Palestinians in occupied East Jerusalem, with Jordan at the helm.

“The most important issue [discussed], particularly, is the Palestinian issue and the attacks by the Israeli occupiers on Jerusalem, as well as the war on Gaza,” Sheikh Mohammed said, referring to Israel’s 11-day military assault on the besieged Gaza Strip last month.

Egypt and Qatar have played a significant role in mediating a fragile ceasefire between Israel and Hamas, the group that governs the enclave.

Sheikh Mohammed expressed particular concern regarding Tuesday’s so-called “March of the Flags”, which marks the anniversary of Israel’s 1967 occupation of Jerusalem’s eastern part.

The controversial march, which saw far-right nationalists pass through the Damascus Gate of East Jerusalem’s Old City, chanting slogans such as “Death to Arabs”, took place as tensions remain high over Israel’s planned forced displacement of Palestinian families from the neighbourhood of Sheikh Jarrah.

For his part, Aboul Gheit reiterated the Arab League’s support for any Egyptian, Arab or international effort to rebuild the ravaged Gaza Strip.

The meeting also touched on developments in Libya, Syria and Lebanon, as well as confronting the coronavirus pandemic, the two officials said.

To date, some 150 million Arabs need to be vaccinated for COVID-19, Aboul Gheit noted.

Tuesday’s meeting was the first such gathering of Arab states hosted by Qatar since Saudi Arabia, the United Arab Emirates, Bahrain and Egypt imposed a boycott on Qatar in mid-2017 over accusations it supported “terrorism”, a charge Doha strongly denied.

The quartet agreed in January to restore diplomatic, trade and travel ties with Qatar.