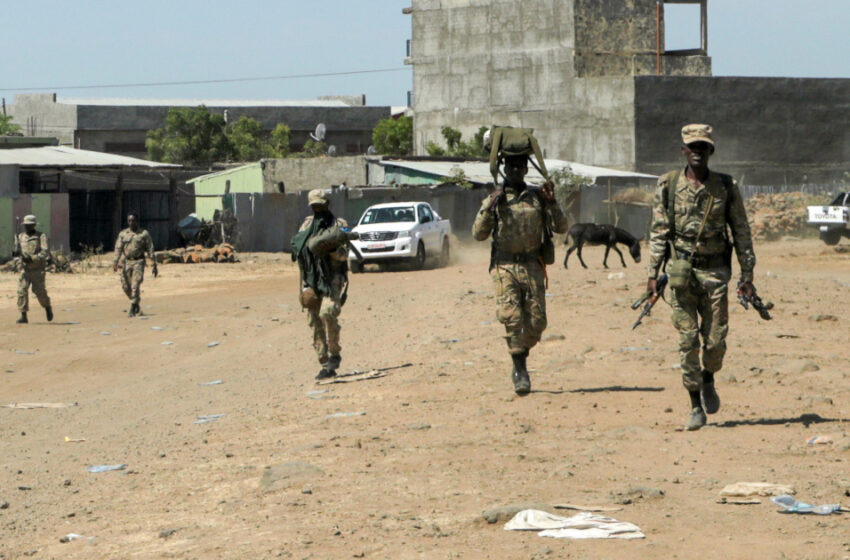 Tigray forces in recent weeks crossed into Amhara and Afar regions, opening a new front in the months-long conflict.

The months-long conflict in Ethiopia faces a fresh wave of fighting as an Amhara regional official says Amhara forces will launch an offensive on Saturday against Tigrayan forces who have entered the region and taken control of a town hosting a UNESCO World Heritage Site.

“This is the time for the Amhara people to crush the terrorist group,” Sema Tiruneh, the Amhara region’s head of peace and security, told the regional state-affiliated Amhara Media Corporation on Friday.

“Preparations have been under way to reverse these moves and an offensive will start tomorrow. Freedom doesn’t come cheap. Everyone should come forward and defend themselves.”

Separately, Ethiopia’s foreign ministry on Friday warned that the Tigray forces’ incursion into the Amhara and Afar regions in recent weeks “is testing the federal government’s patience and pushing it to change its defensive mood which has been taken for the sake of the unilateral humanitarian ceasefire”.

The incursions have displaced some 300,000 people, it said.

Ethiopia’s government is “being pushed to mobilise and deploy the entire defensive capability of the state” if overtures for a peaceful resolution to the conflict are not reciprocated, the statement said.

Ethiopia’s government declared a unilateral ceasefire in late June during a stunning turn in the war, as its military retreated from Tigray and the resurgent Tigray forces retook key towns and walked into the regional capital, Mekelle, to cheers.

The conflict erupted in Tigray in November after a falling-out between Prime Minister Abiy Ahmed and the Tigray ruling party that had dominated Ethiopia’s government for nearly 30 years. Since then, thousands of people have been killed.

Getachew Reda, the spokesman for resurgent Tigray forces, told The Associated Press news agency that if forces from Amhara launch the threatened offensive on Saturday, “we’ll extend a warm welcome”.

Getachew says Tigray forces have crossed into the Amhara region, and the Afar region, in recent weeks in an attempt to break the blockade that Ethiopia’s government has imposed on Tigray and its six million people. Hundreds of thousands of people face famine conditions, and the United Nations and the United States this week sent high-level officials to Ethiopia to urge more access to aid.

“We have to deal with anyone who’s still shooting,” Getachew said. “If it takes marching to Addis to silence the guns, we will.” But civilians should not fear, he said in response to allegations by ethnic Amhara that the Tigray forces have carried out attacks.

On Thursday, the Tigray forces entered the Amhara town of Lalibela, a UNESCO World Heritage Site famous for its rock-hewn churches. While one resident told the AP they arrived peacefully, Amhara regional spokesman Gizachew Muluneh on Friday said the “terror group” that entered the town is being “routed” by the public and the Ethiopian army.

“Several of them have now surrendered,” he added.

Ethiopia’s government earlier this year declared the Tigray People’s Liberation Front, or TPLF, a “terrorist group” instead of a political party.

UNESCO on Friday expressed concern about the expansion of the conflict into Lalibela. “We don’t have first-hand information on any actual damage being done,” UN spokesman Farhan Haq told reporters.

The conflict has strained living conditions for millions of Ethiopians, and more across the country now fear it will affect them.

“There’s serious suffering in Tigray. [The Tigray forces] had an opportunity to stop the military offensive,” Tewodrose Tirfe, with the Amhara Association of America, told the AP. “Instead, they kept on pushing,” he added.

He asserted that the Tigray forces aim to create a “favourable outcome in a negotiation by creating a humanitarian crisis and holding Amhara civilians and cities hostage”.

Ethiopia’s prime minister repeated his commitment to the unilateral ceasefire just days ago, UN humanitarian chief Martin Griffiths told reporters on Friday after his meeting with Abiy. “I have no reason to doubt that at all,” Griffiths said.