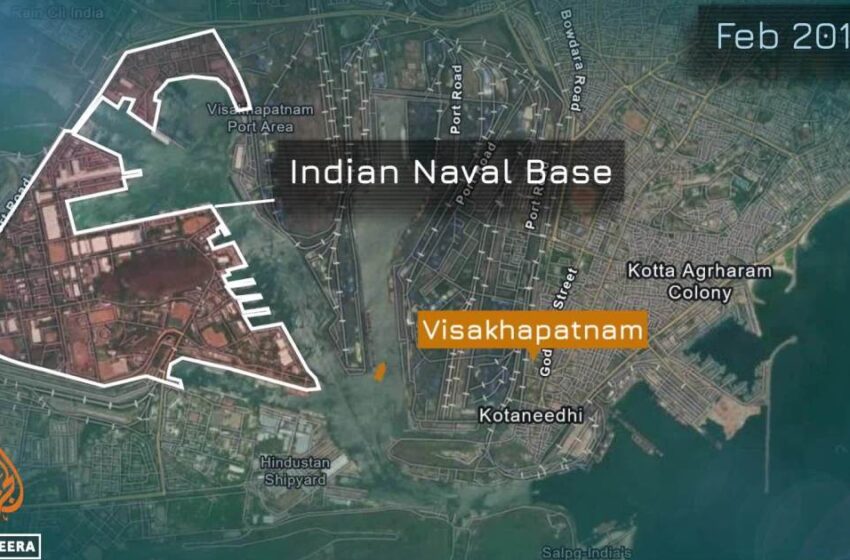 The 300 or so people on the Mauritian island of Agaléga fear for their future as they feel the island is likely to become home to an Indian naval facility.

An investigation by Al Jazeera’s Investigative Unit (I-Unit) reveals how, over the last two years, India has been building a 3km (1.8 miles) airstrip and two large jetties designed for military purposes.

Military analysts confirmed Al Jazeera’s findings, saying the island will likely be used by the Indian navy for maritime intelligence and reconnaissance missions.

Rumours and media reports about the military base first surfaced in 2018 but both Mauritius and India have denied that the construction project is for military purposes and say the infrastructure is only for the benefit of the islanders.

Do you have information on wrongdoing or want to share another tip? Contact Al Jazeera’s Investigative Unit on +974 5080 0207 (WhatsApp/Signal), or find other ways to reach out on our Tips page.

The Agaléens, who mostly live off of fishing and coconut farming, do not believe the official account that the $250m construction project is for them.

“We asked for an airport and hospital, but we didn’t ask for such a big airport,” Franco Poulay, who lives on the island, told Al Jazeera.

“When we see this airport, we are worried.”

“We do need a port, on the other hand, we can also see it’s not for our benefit. Today no Agaléens are being trained to work on the new port, so it’s clear that it will be Indian workers who will be employed on the port,” Arnaud added.

“Our kids, our youth who are unemployed, are not being trained.”

The Agaléens fear their fate will echo that of the residents of Diego Garcia, a Mauritian island the country’s former colonial ruler, the UK, leased to the US in 1966.

In 1971, it was turned into a US military base and residents of the island were forcibly resettled elsewhere.

Today, the base is home to 15 separate US military commands and serves surface fleets, submarine units and long-range bomber planes.

Diego Garcia, part of the Chagos archipelago has also been part of a longstanding dispute between the UK and Mauritius. Earlier this year, a United Nations maritime court decided the UK has no sovereignty over the archipelago, but the UK said it would return it only when it no longer serves defence purposes.

Those who lived on Diego Garcia before it was turned into a military base have been fighting for their right to return ever since.

The people on Agaléga point at what they say are efforts to make life on the island harder, such as making it mandatory for pregnant women to give birth of Mauritius, preventing cement from being brought to the island and the fact that they are currently not allowed to bring cattle to the island.

Those who left the island say their return is made almost impossible.

Those who wish to travel to and from Agaléga take a ship that makes the journey every three months from the main island of Mauritius. However, Agaléens have complained that the voyage has become more problematic.

“My two brothers are there, my nephews and nieces are there too. I want to go see them, [but] every time I go to enquire about tickets, they tell me it is fully booked, try next time,” she said.

“Always, next time, until you get tired of it and discouraged.”

The islanders also point to a government plan to have those who wish to travel to the island pay a hefty government fee for medical emergencies in case something happens to them when they are on the island.

After protests, that plan was shelved, but it remains hard for those wanting to go back to Agaléga to get there.

“It’s so heartbreaking to see your island being exploited by others whereas those of us who were born there, we cannot go to our island just for a short while to breathe in the air where we were born,” Alix Calapin, an Agaléen now living on Mauritius’ main island told Al Jazeera.

Calapin has been wanting to go back to the island for years but has also always been told the ship she wants to travel on has no spots left.

According to Samuel Bashfield, a researcher at the National Security College at the Australian National University, there are similarities and differences to the Diego Garcia situation.

“In Agaléga, there is potential for a similar type of event happening,” he told Al Jazeera, though he does not think Mauritius will cede sovereignty of the island to India.

“Both governments have said that they’re not going to deport the people and that the people will still be able to live there.”

However, things will definitely change once the base, from which India almost certainly will launch maritime patrol missions using its aircraft, is finished according to Bashfield.

“Operating a military base has certain ramifications, certain implications,” he said.

“No doubt life will be very different on the island, once this military base is finished. You don’t want people walking through a military base, that’s for sure.”

The Investigative Unit contacted all those involved in this investigation.

The Mauritian government restated its position that “there is no agreement between Mauritius and India to set up a military base in Agaléga.”

It added that by “military base”, it means: “A facility owned and operated by, or for, the military for sheltering of military equipment and personnel, on a permanent basis and for military operations.”

Mauritius also said the government has no intention of displacing people living on the island.

India’s Ministry of Defence and Ministry of External Affairs did not respond to our requests for comment.