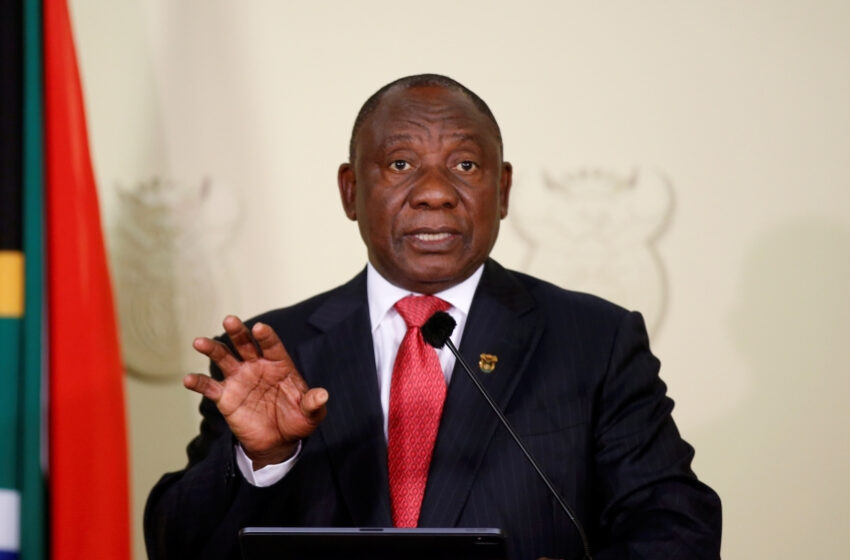 President announces appointment of 10 new ministers, including in the key health, finance and defence portfolios.

South Africa’s President Cyril Ramaphosa has carried out a significant cabinet reshuffle covering not only security posts but also the economy and health following days of unrest last month that left more than 350 dead.

In a televised speech on Thursday, Ramaphosa said he was abolishing the security ministry and placing the “political responsibility” of the spy agency under his office.

“This is to ensure that the country’s domestic and foreign intelligence services more effectively enable the president to exercise his responsibility to safeguard the security and integrity of the nation,” he said.

The reshuffle included appointments of 10 new ministers and 11 deputy ministers.

It came in the wake of what Ramaphosa described as an “orchestrated campaign of public violence, destruction and sabotage” that broke out after his predecessor, former President Jacob Zuma, was jailed for 15 months for ignoring a judicial investigation into corruption while in office.

Thousands of businesses were looted and destroyed over several days, forcing the government to deploy 25,000 soldiers to help restore order.

Thandi Modise, the National Assembly speaker, was named as the new defence minister.

Ramaphosa also replaced Health Minister Zweli Mkhize, who is widely respected for his handling of the pandemic but is shrouded in an alleged corruption scandal involving coronavirus communications funding.

Ramaphosa said Mkhize had asked to “step down … in order to bring certainty and stability to this important portfolio” and was replaced by Joe Phaahla, who until now had been the deputy health minister.

Mkhize, who had been health minister since 2018, has denied any involvement.

His case was one of more than 4,000 coronavirus-linked contracts being investigated for alleged fraud by the government’s Special Investigation Unit.

Finance Minister Tito Mboweni was replaced by Enoch Godongwana, the head of the economic transformation subcommittee at the ruling African National Congress (ANC) party and chairman of the Development Bank of Southern Africa.

“He has been reasonably well-known to investors for some time,” she said. “Moreover, Godongwana will bring to the role key attributes that may strengthen the likelihood of reform in South Africa.”

She added: “Not least, there is his ability to work with other key ANC constituents, winning them over in support of much-needed growth-enhancing and fiscal reforms.”

Ramaphosa took the reins of power in 2018 following Zuma’s forced resignation by the ruling African National Congress (ANC), pledging to root out the corruption that is blamed for undermining the economy of Africa’s most industrialised country.